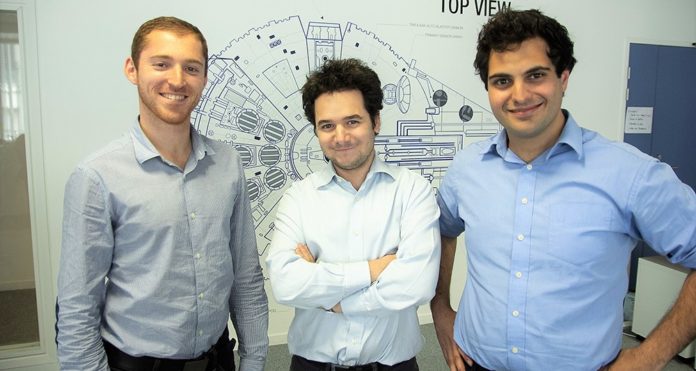 Shift Technology, the French startup that has created a solution that enables its insurance clients to detect fraudulent claims, is now worth $1 billion after raising its fourth round of funding. The startup, which also operates in the UK and the US, will expand its team of data scientists, particularly in France.

The AI-based insuretech startup recently announced that it had raised $220 million or around €183.2 million in a series D from Advent International, Avenir Growth, Accel, Bessemer Venture Partners, General Catalyst, Iris Capital and Bpifrance. This latest funding should enable it to structure its R&D, while its offer has expanded since its foundation in 2013. Shift Technology initially focused on fraud detection, but the startup now intends to offer a tool capable of managing the entire chain. It also aims to continue its deployment in the UK and the US, strengthened by its recent unicorn status, whereby its valuation now exceeds one billion dollars.

Originally, the startup sought to facilitate the customer compensation process offered by insurers in the event of a claim – water damage, car accident, etc. Described as the number one fear of policyholders by Jeremy Jawish, CEO and co-founder of Shift Technology and, as such, a major issue for their clients. Once this brick was laid, during its first years of existence, the startup decided to go beyond declaration fraud by making its solution a decision-making aid for insurers. They now offer automated closure of claims files and detection of underwriting fraud. These complementary products are already in production with its customers, who are, to date, around one hundred in some 25 countries. This production was made possible thanks to the previous funding round of €53 million in March 2019.

Shift Technology says it has already analysed 2 billion claims on behalf of insurers since its inception. According to CEO Jeremy Jewish, they receive the data provided by insurers, as well as a number of public data about the claimant. Their algorithms read, among other things, the claim declaration before determining whether to file an appeal or carry out a check for money laundering. The Banque Postale has adopted its solution to accelerate the management of claims for its customers. So has the Axa group, which is also a user. For the latter, the aim is to “limit the manual actions that its employees have to carry out. And to satisfy its customers, Shift Technology is counting on its team of data scientists, which it claims to be “the largest in the insurance sector” and which will be further strengthened.

With 350 employees, the company says that recruitment will be the main focus of its investment strategy following its Series D. “We’re going to recruit a lot in France and a little in the US,” says Jérémy Jawish, who also wants to “approach the health insurance sub-sector more aggressively. Shift Technology says it wants to set up “the largest French centre dedicated to artificial intelligence in insurance” with 300 experts by 2023. With an underlying aim, the startup wants to show that “champions are being created in France”. CEO Jérémy Jawish adds that the COVID-19 crisis has had “a big impact” on its activities according, but has not slowed down the pace of its market openings. A pace that should remain fairly steady.

Shift Technology aims to become an international player in its market. To do this, the french company is counting on its ‘unique’ model based on a single vertical – insurance again and again. However, competition, especially in the US, is a key driver for them to stay on top of their game. As a reminder, this Series D round brings the total amount of funds raised by the company since 2013 to $320 million (nearly €267 million).