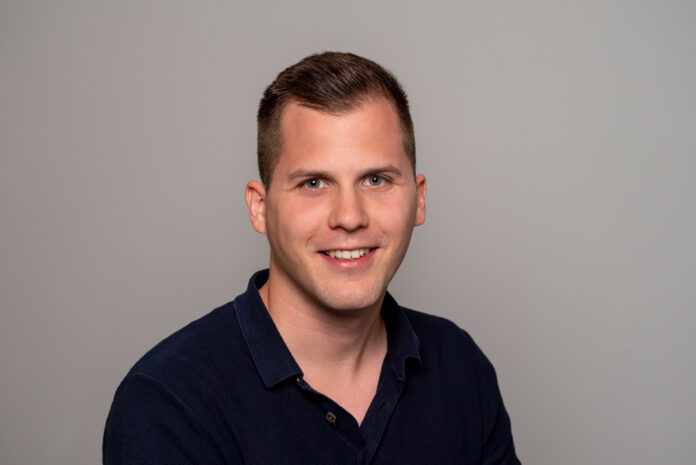 In March 2021, SEON, a fraud prevention platform based in Budapest made history by securing a €10 million Series A round led by Creandum, with participation from PortfoLion, part of OTP Bank. The funding appears to be one of Hungary’s largest Series A rounds to date. SEON joins the ranks of companies like UIPath, Brainly and Vinted, who are all brandishing the flag for the region, demonstrating that it’s possible to attract international attention even when your headquarters isn’t based in a traditional startup hub.

Founded in the second half of 2017, SEON helps online businesses of all sizes fight back against fraud. Its technology draws on data from across the internet to establish customers’ digital footprints to wean out false accounts and prevent fraudulent transactions; all in all, SEON’s tools work in the back end to remove any friction associated with fraud prevention. They’ve already convinced major players too, with current clients including Patreon, AirFrance, Rivalry and Ladbrokes.

We spoke with Tamas Kadar, SEON’s CEO and co-founder, about starting SEON while studying at university, as well as his advice for would-be founders, how SEON is growing its team and its plans after the capital raise.

You had your start at entrepreneurship early – while you were still at University.  Walk us through your story – what first got you into entrepreneurship? Have you always been a ‘creator’?

I met Bence, SEON’s COO and co-founder, while we were both students at Corvinus University in Budapest. We hit it off based on our shared interest in cryptocurrency and soon we started the first crypto exchange for Central and Eastern Europe. Almost immediately we were hit by fraud attempts and we quickly found that none of the anti-fraud solutions on the market at that time were up to the task, so we built our own. The solution we came up with was so effective that other companies asked to use it, and we soon found that we had a viable business.

What would you say to someone leaving school now, who wants to start their own business?

Find collaborators you can trust. Nobody starts a great business alone, and nobody has all the skills to make a truly transformative company without needing help. Having talented people around who can tell you when an idea does not work or bring new ideas to the table is absolutely essential. If you establish a culture where anybody can have a good idea right from the start, then you will be set up for success later on.

Do you have any advice for first time founders?

Do not be afraid of failure. Finding a serious problem in our crypto exchange led us to a business that continues to be hugely successful – if we had obstinately stuck with the crypto exchange and not been willing to adapt then we definitely would not be as successful today as we are.

Also, do not assume that just because something has always been done a certain way that it always should be done that way. Our inspiration for how SEON could work did not come from other digital risk companies, but from companies like Slack, Dropbox and Spotify – what other company in our space offers a 30-day free trial like Netflix?

What has been one of your biggest failures, and what did you learn from the experience?

Due to my age, I have not had too much time to fail. However, it is not something that concerns me. Bence and I have tried creating a culture of experimenting, measuring and cutting losses quickly. The term ‘fail fast, fail often’ has been around for years but highlights our ethos of pushing boundaries and trying new things, in order to enhance our solutions. This is the only way to beat fraudsters, who themselves are constantly adapting.

What differentiates SEON from its competitors?

On a technical level, AI and supervised machine learning are a major part of our solutions. They allow our tools to keep adapting because fraudsters are always trying something new. If we had adopted the approach that other companies use – trying to spot the patterns of identify fraud by hand then writing algorithmic rules for stopping it – we would not be nearly as successful as we have been. What’s more, we would probably be stuck in a certain industry, since the types of fraud that an airline, like our client Air France, could be a victim of are hugely different to that faced by i-gaming businesses.

On a cultural level, we are a young company in every way, and we still have a startup mentality. We are approachable and unpretentious – we want to be a company that people enjoy working with.

SEON was founded in 2017. How have your objectives and goals changed since the company has grown?

The quick answer is that they have not. Even before SEON was even a concept we wanted to prevent fraud in e-commerce and the online space, and that is still our number one goal. This will be achieved when it becomes so difficult to commit fraud online that nobody even wants to attempt it. That might sound unachievable, but tech is accelerating so quickly and the data pool we have to draw on is getting so big that it might be a possibility.

What do you consider to be your most significant milestone so far?

Every company we onboard is a significant milestone, but being able to say that we raised the largest Series A funding round in our country’s history is huge for us. Budapest is not San Francisco, and people can overlook it as a place where innovation can come from, but thanks to us and companies like UI Path, Brainly and Vinted this perception is going to change. Being outside a typical startup hub has resulted in the company being more creative, more agile and, contrary to many seed level businesses, more resilient.

In 2019, SEON became profitable and decided to scale soon after. Was this the effect of the pandemic?

We were profitable before the pandemic began, but we cannot deny that the surge for online commerce and the corresponding growth of fraud has meant that our solutions have been even more valuable to businesses of all sizes and all around the globe.

Our solutions have made an enormous impact on the way our customers can manage, monitor, and mitigate fraudulent activity. Key to our ability to provide such solutions has been our open lines of communication with our customers. It is important that newly digitized businesses understand that fraud prevention is an evolving practice, and their feedback is vital to its success.

After your latest Series A round, how do you intend to use the capital?

Quite simply, to help eradicate online fraud. We are going to grow our team and expand our operations. More specifically, we plan to expand our presence in the US and UK, with the aim of having our London HQ account for more than 30% of our revenue. We will also be shortly announcing the launch of our new US office, along with our plans for the region.

What is your long-term vision for SEON?

To have products that literally any online business can use, whether they are a neighborhood take-away or Amazon. That, combined with products that are getting more sophisticated every day, is how we will help to beat online fraud.

What was it like growing your team? What are the challenges and surprises you encountered? What tips do you have for building a solid team?

It is always great to be growing as a company, and every person who comes onboard has their own challenges and surprises – usually more of the latter than the former.

As far as my tips are concerned, my only advice is to hire people, not resumes. A candidate could come to you with education from a middling institution and perhaps not as much experience as the next person, but if they will be much hungrier to learn and grow, then they will eclipse a candidate who is resting on their laurels.

Diversity in the team, yes or no? Why?

Absolutely. Any organization that is not diverse is setting itself up for failure. The tech industry is filled with stories of companies that failed because everybody thought the same way, only had one perspective, or were superficially diverse but focused around the whims of their CEO. We are not like that at SEON. You can see from our employees that we are diverse in terms of race and gender, but from working with us you will also see that we have the equally important feature of having diverse mindsets.

Maricel Sanchez
Maricel Sanchez has over 10 years of experience in various fields including trading, supply chain management, logistics and manufacturing. As well as helping startups to raise funds, she is an award-winning public speaker and the current President of Toastmasters Nice, a bilingual club that promotes public speaking and leadership.
RELATED ARTICLES
Sponsored