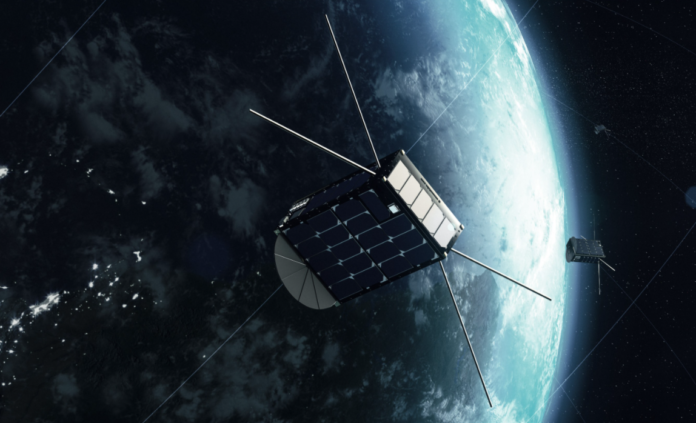 Rennes-based company UNSEENLABS, a European leader in satellite radio frequency (RF) geolocation of ships at sea, has just completed a €20 million fundraising round. This is one of the largest funding rounds in Europe’s New Space sector. This round brings together new investors such as 360 Capital, Omnes and Blue Oceans Partners, alongside traditional partners Breizh Up (the Regional Council of Brittany’s investment fund, supported by the ERDF fund), Definvest (the Ministry of the Armed Forces fund managed by Bpifrance), and Hemeria.

Clément and Jonathan Galic, co-founders of UNSEENLABS, commented: “Following an initial funding round of €7.5 million in 2018, we are proud to announce this second fundraiser of €20 million. 2020 was a good year for Unseenlabs. It enabled us to confirm the viability of our model and the benefits of our offering for market players. This new round will enable us to accelerate the rollout of our constellation, which should consist of 20-25 nanosatellites by 2025; support the development of our geolocation services; and increase our presence on the international stage. This is clearly a change of scale for us. As we take this step, we are delighted to be able to continue to count on the support of a number of our historical partners, while at the same time welcoming new partners, whose trust we gratefully acknowledge”.

Founded in 2015 by brothers and aerospace engineers Clément and Jonathan Galic, Unseenlabs launched its first nanosatellite in August 2019. The company has continued to launch new ones since, and has now become the European leader in satellite radio frequency (RF) geolocation of ships at sea.

Using its proprietary on-board technology based on the identification of electromagnetic waves emitted by ships, UNSEENLABS is capable of geolocating any vessel at sea from space, in near-real time, to within a kilometre. The goal by 2025 is to establish a constellation of 20-25 nanosatellites, with the performance of the UNSEENLABS constellation increasing with every new satellite launch.

The funding round of €20 million was carried out with the 360 Capital fund, Omnes, and Blue Oceans Partners. Also taking part in this new round of funding are historical investors the Definvest fund (managed by Bpifrance on behalf of the French Ministry of the Armed Forces) and Breizh Up (the Regional Council of Brittany’s investment fund, supported by the ERDF and managed by Sofimac Innovation), who have been with the startup since the first €7.5 million funding round in 2018.

“New Space is a sector we have been actively monitoring for a while, and have analysed a large number of opportunities there. Unseenlabs has proven its uniqueness to us, along with its ability to become a world leader in its market. Several decisive factors underpin our desire to support Unseenlabs: the undeniable technological disruption that their nanosat’s RF sensor represents, minimising the cost of the constellation without compromising geolocation precision; the synergy between Jonathan and Clément, and their ability to deliver on their promises; and an already-solid customer portfolio with a constant demand for additional data, in addition to a commercial pipeline that clearly demonstrates solid business traction,” said Xavier Brunaud, Director at Omnes.

“We are delighted to be able to contribute to Unseenlabs’ development. We were convinced by the practical applications of its technological solution, which is already translating into considerable commercial success,” explained Alexandre Mordacq of 360 Capital.

“Breizh Up is proud to have been supporting this Breton New Space startup since its first funding round in 2018, with its rapid ascent to European leadership. The managers and their staff have developed disruptive onboard technology for nanosatellites, constituting a significant step forward in maritime monitoring, and demonstrating the capabilities of Brittany’s space industry,” added Stephane Lefevre-Sauli from Sofimac Innovation.

Christian Lim, Co-Founder of Blue Oceans Partners, said: “Unseenlabs produces an unprecedented and disruptive kind of data which is critical in the fight against illegal fishing, illicit trade and piracy. This data enables the monitoring of vast marine areas far more efficiently than previously possible, making the goal of effectively protecting 30% of the oceans by 2030 within closer reach. Unseenlabs’ technology greatly enhances transparency and therefore makes a meaningful contribution to the better governance of the ocean.”