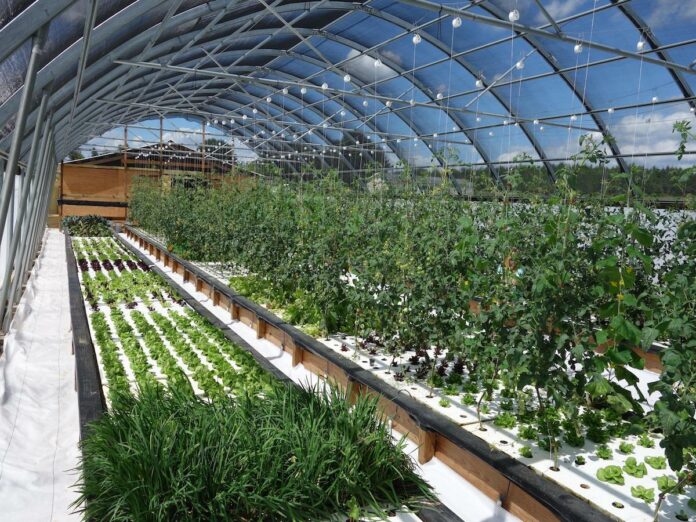 Les Nouvelles Fermes, a Bordeaux-based startup, has announced that it has raised €2 million to build one of the largest urban aquaponics farms in Europe.

A well-established player in the territory, Les Nouvelles Fermes already benefits from a successful experience in this sector. In 2019, the 5 founders launched “Pauline”, their experimental farm located in Lormont in the Bordeaux area, which produces 20 tons of fresh vegetables and 2 tons of rainbow trout per year. The founders have now decided to scale up by launching “Odette”, a 5000 m² urban farm, which will employ up to 17 people.

This project, which will be launched at the end of 2021 in the Bordeaux metropolitan area, was made possible thanks to the support of the regional investment fund IRDI, the commitment of business angels, the Banque des Territoires, Crédit Agricole Aquitaine and the CIC.This first round of investment was carried out with the support of the Agence de Développement et d’Innovation de Nouvelle-Aquitaine (ADI N-A).

Aquaponics is an intensive agriculture without synthetic chemistry, without phytosanitary products, resolutely optimistic, and which brings a concrete solution towards changing current agricultural practices.

“There is no future without profitability. This is why we have been working since 2019 to come up with a model that can be duplicated on a larger scale and is very economical in terms of water and energy”, said Thomas Boisserie, Co-founder and President of Les Nouvelles Fermes.

While agriculture was once closely linked to cities with large market gardens, today’s farmers are often far away from consumer centres and urban centres. A tomato, even within one country, travels an average of 1,500km to reach our plates. In environmental terms, agriculture is now responsible for 24% of greenhouse gas emissions worldwide. Feeding the population is vital, and this sector needs to be revamped to ensure its mission is fulfilled effectively, while taking into account current and future environmental issues. Aquaponics (a closed-circuit farming system) appears to be one of the keys to this revolution by producing vegetables and fish in a sustainable and responsible way, as close as possible to the consumer.

Located a few meters away from the city centre of Bordeaux, between the Brazza district and the lower Lormont, the “Pauline” experimental farm is a 1000m² greenhouse farm. It has enabled the team to experiment the concept and to hire 3 people. At “Pauline”, fruit and vegetables and rainbow trout are produced in symbiosis for restaurants, retailers, short circuits and supermarkets. This production is distributed directly within a 10km radius of the farm.

With an ambition to meet the environmental challenges, Les Nouvelles Fermes has decided to boost the development of production sites on the outskirts of cities, to reconnect producers and consumers. Their next farm, “Odette”, will cover 5,000m² in the nearby town of Mérignac, and will allow them to open 17 new positions (multi-skilled urban farmers, sales representatives, hydroponics experts, aquaculture specialists, etc.).

With this new farm, the objectives are clear: to validate an operating model and then reproduce it in the immediate vicinity of the major urban centres in France and Europe, with the possibility to restore abandoned land, while creating agricultural occupations. With this in mind, Les Nouvelles Fermes has already signed a strategic partnership with the company “Orange” in order to develop the technological model that will be deployed on its future farms.

Share
Facebook
Twitter
WhatsApp
Linkedin
Previous article
Dublin-based Nory raises €1.6 million to bring AI and automation to restaurants around the world
Next article
Meet the 15 finalists of the pitch competition at this year’s EU-Startups Summit!