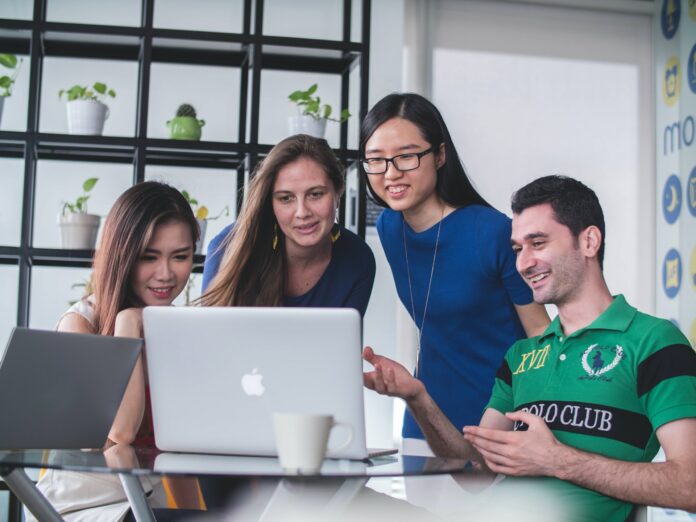 As we are at a turning point into the next wave of web technology, let’s reflect back on the things that made the early days of the internet more exciting and how the internet has evolved since.

The internet we are familiar with today provides us with instant, real-time connection. Users measure the performance of a website or any digital interface that they are using by how fast it can load and how responsive it is. Internet access is continuously improving in speed and performance.

People used to use the early internet sparingly because of high costs, limited infrastructure, and slow speeds. Dialup modems run at a maximum speed of 56,000 bits per second. In comparison, we can currently download a 1 GB file in approximately 32 seconds. On dialup, this would take 3.5 days. There is something quite special about the early internet and how it was not as instantaneous. There was a feeling of excitement and anticipation of waiting to connect to the internet.

Accessing the internet also used to be costly. Business models of telecommunications companies in the 90s / early 00s charged per consumption basis. The cost of accessing the internet was typically on a subscription and additional cost based on bandwidth used. Dialup modems also made using the internet frustrating and limiting – your phone and internet used the same line. I still have fond memories of my parents nagging me to get off the computer so that they could use the phone at home.

With limited usage, people focused on connecting to the internet only for meaningful connections and information. Because of the costs and restrictive infrastructure, the information available at the time was also more meaningful.

In the 90s and early 00s, there were still years to come before the smartphone revolution. You were not able to instantly text any of your friends, much less video call them! The only time you could have a real-time messaging conversation with someone is when you were by the computer connected to the internet on instant messengers and chatrooms. The most popular instant messengers at the time were MSN, Yahoo, ICQ, and AOL. Chatrooms also began widely adopted where you could talk to strangers about certain topics in communities online. Instant messaging has now evolved into asynchronous communication that we are familiar with today; as it is widely adopted in both personal and professional contexts with the likes of Whatsapp and Slack.

The most well known social network from the early internet is undoubtedly Myspace. From 2005 to 2008, Myspace was the world’s largest social network. Myspace was a social network where users had a profile where they can customise and post whatever they wanted including blogs and streaming music. By 2008, Myspace lost to Facebook and Facebook overtook Myspace. Myspace failed due to their lack of innovation and execution on product development. Myspace’s demise is an example that reminds startups that they must react and adapt quickly.

Online gaming persists today and has become immensely popular with esports and Twitch streamers. Online gaming gained in popularity as the Internet became more accessible. Most of the popular early online gaming games were PC based and were MMOs (massively multiplayer online games). Some notable titles include CounterStrike, Runescape, World of Warcraft, and Starcraft. World of Warcraft went on to become one of the most popular MMORPG games in history, reaching 12 million subscribers at its peak.

Nowadays, a company’s brand is subjectively measured over its design, intuitiveness, and optimising UX. Internet companies invest heavily in product design to swoon over their customers.

In the early internet, the practice of user experience design was still nascent. There was a sense of charm to websites back then. They just had no real sense of uniformity. Despite having limited bandwidth, people were able to do a lot with their websites. Websites would also often be overcrowded with content, with common elements such as online guestbooks, overuse of gifs, hit counters with bright coloured images, music, and icons. If you are feeling nostalgic, check out theoldnet.com or the Internet Archive to browse through some old websites.

Amanda Pun
Amanda is passionate about startups, particularly in the FinTech and B2C spaces. She was one of the first employees of fintech startup, Homeppl, and has expertise in Product Management and Operations. She is based in London and originally from Canada.
RELATED ARTICLES
Know-How