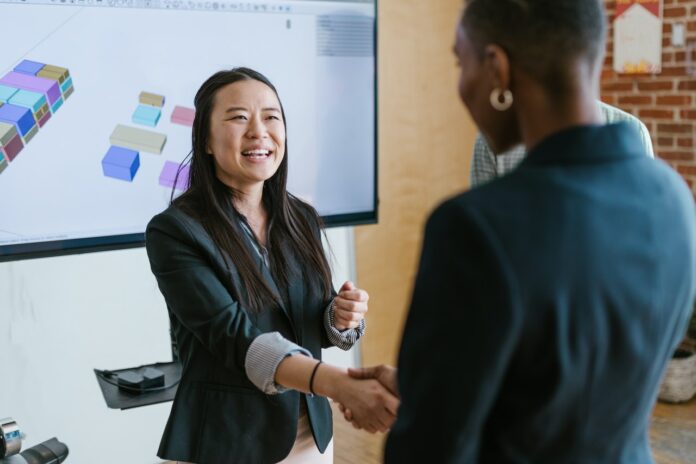 If you are leading a Software as a service (SaaS) startup, you’ll already know that SaaS companies usually focus on delivering centrally located software, licensed on a subscription basis. Also sometimes referred to as ‘on-demand software’ or ‘Web-based/Web-hosted’ software.

SaaS has been the largest and fastest-growing market segment since 2019, with Gartner reporting a 2021 growth forecast of around €98.9 million, up from a 2020 growth forecast of around €88 million. The pandemic has further fuelled the use of on-demand, scalable cloud models to achieve cost efficiency and business continuity. It is providing the push for organizations to rapidly accelerate their digital business transformation plans. This in turn is increasing the consumption of SaaS and other cloud computing solutions like infrastructure as a service (IaaS), platform as a service (PaaS) and desktop as a service (DaaS).

Even before the pandemic, SaaS was becoming one of the most viable and profitable models for startups globally. In the EU, venture investment in the region’s SaaS companies is growing quickly. According to a report by VC firm Accel, from 2016 to 2019, it rose from around €1.6 million to €4.2 billion, growing much faster than in the US, which grew from around €12.6 million to €16.8 billion. With strong interest from investment firms, the path ahead is indeed promising for EU SaaS companies.

With this in mind, if you’re a SaaS startup you might be looking to get on contact with these five European VC firms with investments focused on SaaS startups:

Point Nine – Hailed as one of the most well-known European investors in the tech world, Point Nine is an early-stage venture capital fund focused on backing seed-stage B2B SaaS and B2B marketplace entrepreneurs anywhere in the world. Europe is its home market, but about 40% of their investments are in the US, Canada, and other countries. Based in Berlin, Point Nine has invested in 10 to 12 seed-stage startups per year since 2008, with a ticket size ranging from €500K – €3 million. In May 2018, Point Nine announced that they will also invest pro-rata in Series A round of startups that have raised a seed stage with them. Point Nine is amongst the first investors in companies like Algolia, Brainly, Contentful, Delivery Hero, Docplanner, Mambu, Loom, Typeform, and Zendesk. It is also known for building a community of founders, experts and stakeholders in SaaS and marketplace verticals, referred to as “The P9 Family” which meets regularly to exchange knowledge, advice and best practices.

Notion Capital – Notion Capital has been investing in European SaaS, enterprise tech and cloud companies since 2009. To date, Notion has made over 60 investments in early stage startups, ideally with at least €1 million ARR, growing fast, and headquartered in Europe. They invest in General SaaS (horizontal software applications that reside in the cloud as a single instance with subscription or transactional revenue models), Industry Disruptors (cloud-based software and infrastructure transforming entire industries such as fintech, martech, HRtech, healthtech, insurTtech, agritech and regtech), frontier tech (deep, ground-breaking tech that typically requires a larger upfront investment in the team and the tech before commercialisation). Notion’s portfolio includes SaaS investments like property management software Mews, the all-in-one recruiting software Workable, and KisanHub, an agricultural intelligence platform.

Innovation Nest – This seed/VC fund is also focused on investments in SaaS companies across the whole of Europe, having initially begin only focusing on Poland. It is generally interested in building the companies they invest in from being local entities into global successes. Based in Krakow, Poland Innovation Nest’s investment ranges from €100k up to €1 million and is directed at early to Series A stage companies. While based in Europe, and believing that Europe has a lot to offer, Innovation Nest also believes in the the ‘edge’ of Silicon Valley, and wants to see more incredible European B2B software companies take off by mixing the two. Its portfolio includes Callpage, a call back automation that converts web visits to sales calls and Infraspeak, a facility management software for speeding up registration processes.

DN Capital – DN Capital is an early stage and growth capital investor focused on seed, Series A and select Series B investments in fintech, SaaS, digital media, e-commerce, marketplaces, mobile applications and software companies. Founded in 2000, with headquarters in London, DN Capital also has operations in Berlin and Silicon Valley. DN Capital has invested over €505 million in more than 15 countries, has had 40 exits and 3 IPOs in their portfolio. It’s one of the lead investors in companies such as Endeca, a customer experience platform that was sold to Oracle, Shazam, a world leading audio search company, Auto1, the world’s largest used car marketplaces and Purplebricks, an online estate agency allowing consumers to sell their properties at a fraction of the cost which IPO’d in London.

Ventech – Ventech has been around since 1998 and can be considered an experienced VC firm investing in early stage startups. It considers itself sector-agnostic but most of its investments are in digital solutions in SaaS, deeptech, e-commerce, marketplace, adtech and media. Its ticket size ranges from €100 – €500k pre-seed to €2 million – €5 million Series A. Ventech is headquartered in Paris and has offices in Munich, Helsinki, Berlin, Hong Kong and Shanghai. It has raised over €900 million in over 200 investments (i.e., Believe, Botify, Freespee, Ogury, Picanova, Speexx, & Vestiaire Collective) and has exited over 90 (i.e., Webedia, Curse, StickyADS.tv and Withings) of its portfolio of companies.

Of course there are many more VC firms that fund SaaS startups across the globe. If you’re looking to get in touch with one, why not check out our recent article on How to approach the best investors for your startup ‘online’. You should also join us at this year’s EU-Startups Summit, where there will be plenty of networking opportunities with investors.

London’s LottieLab raises €3.7 million to upgrade the GIF with its next generation animation tool

“I favour founders who are obsessed with building products that users will love”: Interview with Itxaso del Palacio, Partner at Notion Capital