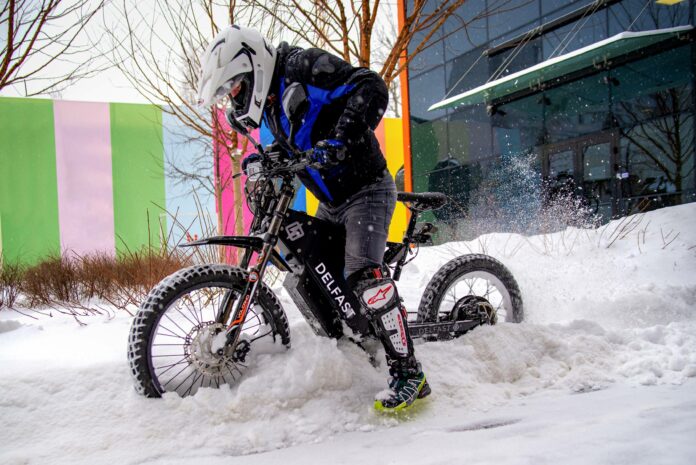 Ukrainian startup Delfast has closed the first round of its crowdfunding campaign on Fundable, raising €2.8 million from local and foreign investors, surpassing its initial goal of around €2.4 million.

Delfast was founded back in 2014 by Daniel Tonkopiy and Serhii Denysenko as an eco-delivery service. The company began been constructing its very own electric bikes to meet delivery business needs, and in particular, developed an e-bike with the longest range ever, setting the Guinness World Record.

After numerous independent requests to purchase its e-bike, the Delfast founders decided to launch its mass production. Since 2017, Delfast has been picking up speed in the e-bike market.

Currently, Delfast produces e-bikes that provide a range of 320 km on a single charge, with no pedal power needed. People in over 40 countries enjoy the ride with Delfast including regular citizens, Mexican police officers, and individual entrepreneurs using e-bikes for professional needs. Over the years, its clients combined have covered more than 10 million miles.

In November 2020, the startup launched its crowdfunding campaign to construct an R&D centre that will satisfy rising demand for electric bikes and fulfill the requests it has already received. The funds raised will also be invested in the company’s growth with the goal of quality control, building up a construction bureau, getting the bikes in stock, and accelerating the process of delivery for the US and EU customers. Moreover, the chosen strategy will help increase production capacity to supply the large shipments for B2B clients, develop sales via eBay and Amazon.

“We are delighted to raise such a record amount in three months. This funding will take us one step closer to our goal to build an industry-leading e-bike manufacture and support a climate-safe transportation community around the globe,” said Daniel Tonkopiy, co-founder and CEO.

Supporting Ukraine’s startup ecosystem: An inside look into the EIC’s €20 million fund