Is crowdfunding the perfect way to build your startup? We spoke with these 7 founders to find out 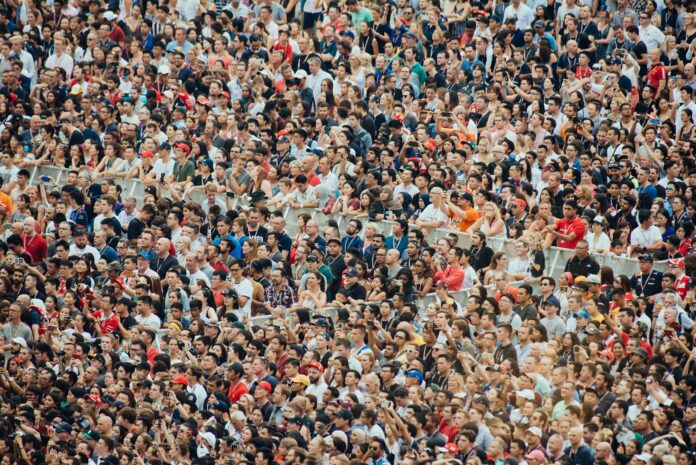 Have you ever considered crowdfunding as a potential fundraising option for your startup? Crowdfunding is one of the most widely used ways to raise capital, especially at an early startup stage. It primarily falls into several types: equity crowdfunding like, SeedInvest, Seedrs, Symbid; rewards-based Indiegogo, Kickstarter; and donation-based GoFundMe, JustGiving etc. Equity crowdfunding in particular has been in the news recently, with large European platforms Crowdcrube and Seedrs announcing their merger in October in 2020, only to put the brakes on a few days ago.

Crowdfunding is undoubtedly a powerful tool to raise money for early stage startups, but is a fruit of hard work, pure luck, or an extensive network?. We decided to have a chat with startups that recently secured funding via crowdfunding to learn first-hand about the areas to pay attention to and some practical tips. Let’s dive in!

One of the principal benefits of crowdfunding vs. traditional funding options (venture capital, business angels etc.) is the opportunity of getting feedback and support from many people.

“I think the most powerful way for a business to grow is to have thousands of investors advocating something they believe in”, says Simon Rabin, CEO and Founder of Chip.

Michael Stroev, Nebeus agrees: “Crowdfunding gives you two things that are crucial in the life of a startup: Exposure and a validation of your business. Both of these, especially in combination, are paramount.”

Amit Jaura, Co-Founder and CEO of Heatbox, highlights two perks of crowdfunding: “The main advantage of crowdfunding is that it can be used as a way to raise capital and to launch a product simultaneously. You can get instant feedback from a group of innovators and early adopters, something you barely see in business outside of a textbook”.

“I decided on a crowdfunding campaign in 2019 to validate the idea with the audience we had built up at the time. The idea was to be sure that people wanted the product before investing further into it”, echoes Hannah Kromminga, Founder of GIFTD.

In this way, founders can use crowdfunding as an experiment. But what do you do if you notice that one aspect of the business is more popular than the other? Keep on your toes,

and pivot: “My advice for founders is to stay lean and pivot as you get interest/feedback from your target customer. You don’t want to spend a ton of time and money on an idea no one actually wants. The benefit to crowdfunding is it tests your market. Will people actually purchase what you are trying to sell? You’ll find out during raising that money”, comments Jessica Kelly, Founder & CEO of Thr3efold.

The optimal stage to launch a crowdfunding

In general, crowdfunding is mainly used to secure seed capital – the money needed to start a company and find the product-market fit. Jessica Kelly of Thr3efold, goes on to explain that she chose this method of crowdfunding over VC funding, to get her business off the ground:

“Crowdfunding is best when you reach a point where you want to meet a goal for your business but cannot afford it. I wanted to develop the tech platform for THR3EFOLD which costs 10-100’s of thousands of dollars and so I knew I needed to seek capital. Since I wasn’t yet comfortable with traditional VC fundraising, I went the crowdfunding route”.

However, crowdfunding can also be successfully employed at a later stage of the company. “We decided to launch a crowdfunding campaign when our business was already somewhat established. This was best as we’d already built our own customer base, the business was easier to understand, and we could offer rewards!” explains Annabel Thomas, CEO at NC’nean Distillary.

“The great thing about crowdfunding is that it can be applied throughout (nearly) any stage of a startup. Whether you are looking for a way to fund your first production batch or if you are a slightly more mature startup looking for a channel to promote your newest product, crowdfunding can have many benefits for your business,” says Amit Jaura, Co-Founder and CEO of Heatbox.

Aside from the company growth stage, the type of platform also needs to be taken into account. “It depends on where you are crowdfunding as different crowdfunding platforms accept startups that are at different stages. Some accept early-stage startups, while others require the startup to be at a more advanced stage. For a startup, the best time is when you need the money, and you have a valid business model and action plan”, comments Michael Stroev, Nebeus.

“Crowdfunding is best when you reach a point where you want to meet a goal for your business but cannot afford it. I wanted to develop the tech platform for THR3EFOLD which costs 10-100’s of thousands of dollars and so I knew I needed to seek capital. Since I wasn’t yet comfortable with traditional VC fundraising, I went the crowdfunding route,” said Jessica Kelly Founder & CEO of Thr3efold.

The central role of marketing

Unsurprisingly, marketing plays a crucial role in a successful crowdfunding campaign. All of the founders we spoke to highlighted that marketing is one of, if not the, central element of your campaign that will dictate it’s success. it’s not the case that you upload a campaign and hope that people will visit the page – there should be a clearly defined and military-precision marketing plan behind it. “Crowdfunding is more than 50% a marketing exercise!” confirms Annabel Thomas, NC’nean Distillery.

“So important!” says Jessica Kelly Founder & CEO of Thr3efold. Jessica goes on to highlight that crowdfunding should be treated with the importance of the launch of a new product – creating buzz across multiple channels: “Marketing is the fuel for your sales efforts. No one will buy if they don’t know it’s for sale. Any launch we do as a company has a rollout plan that includes teasing out news and building buzz and education on social, blog, and email. Each channel gets told in a slightly different way that works for them”.

Any successful crowdfunding campaign also of course requires time and preparation, and marketing is a big part of that. Hannah Kromminga, Founder of GIFTD, explains: “You need at least four months, better six months of preparation. Your audience needs to be ready to buy your product on the day you launch to achieve enough traction during the first days. So, I don’t think it’s an exaggeration to say that preparation is more important than the actual campaign”.

“If you have a significant user base that loves your product, then marketing to them is essential, although it’s not guaranteed that they will ever invest. PR is also super important as the fact that you are crowdfunding is a great message to spread”, recommends Michael Stroev, COO Nebeus.

It’s paramount to spread your marketing efforts outside the crowdfunding platform as well. Robbin Hoogstraten, Symbid advises: “Never rely your campaign only on the platform’s network; you will need to reach out to new potential investors using all the communication channels you can use: social media, partners, traditional media, networking events, speaking at events.”

We asked the founders for the best piece of advice they can give to those who plan to start a crowdfunding campaign.

“My advice would be to do crowdfunding for the right reasons. It is not a quick-fix fundraising route, and in many ways, it’s harder than raising money through angels in terms of time and money required. However, it can reap the rewards in the long term if you nurture your crowdfunding investors.” – says Annabel Thomas, NC’nean Distillery.

One of the most frequently given tips was to take time for a thorough campaign preparation. “When it comes to crowdfunding, I would highly recommend taking some more time. With crowdfunding, you often get one chance to get it right. Take your time and take it very seriously”, says Amit Jaura, Co-Founder and CEO Heatbox.

Others suggest building the network of backers long before launching the campaign. “Start building a significant network before you start a crowdfunding campaign. You need an extensive reach to be able to successfully fund a crowdfunding campaign. Additionally, choose the platform which matches your business. Platforms have a specific network that they build over time, not suitable for everyone “, highlights Robbin Hoogstraten, Symbid.

Finally, Jessica Kelly Founder & CEO of Thr3efold, highlights the age-old marketing rule – that it takes more than one ‘touchpoint’ for someone to take the plunge and purchase: “My one nugget is this: Follow up. Crowdfunding will be 90% your friends and family if you don’t already have a built up business. And even then you will need to follow up, email, and text them about 9 times before they actually remember to support. They are busy but they want to help. It’s your job to make it as easy as possible to support you.”

To learn more about the pros and cons of equity crowdfunding vs. traditional funding, dive in here. We also have the guidelines on launching a successful crowdfunding campaign which can be found here.

Daria Kholod
Daria is an experienced Communications and Marketing Strategist with an affinity for innovation and entrepreneurship. She is an active member of the Dutch innovation ecosystem. Daria writes articles about European innovation, with a specific interest in fundraising, female entrepreneurship and the Netherlands.
RELATED ARTICLES
Funding