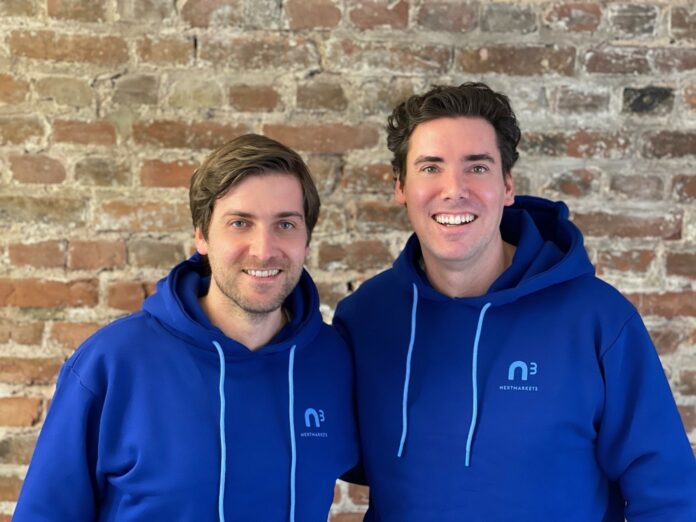 Today nextmarkets, the Cologne-based fintech startup, has announced closing a Series B funding round of approximately €24.9 million. The additional capital is intended to further accelerate the European expansion of the fintech company.

Founded in 2014, nextmarkets bills itself as ‘Europe’s commission-free neobroker’. In addition to truly commission-free trading of shares and ETFs for €0 via the stock exchange, the fintech company boasts an advanced, highly flexible proprietary technology platform, as well as an extensive set of hard-to-get licenses and regulatory approvals. The platform also hosts professional investors, so-called ‘coaches’, who generate up to 300 curated investment ideas for users every month – free of charge and in real time.

So far, the fintech startup has offices in Cologne, Lisbon and Malta, currently employs a team of 39 and is backed by leading venture capitalists such as Peter Thiel, Christian Angermayer, Founders Fund, Axel Springer, Falk Strascheg, DEWB and the publicly listed FinLab AG. In 2020, the startup its presence from Germany and Austria, to six further countries – the UK, Portugal, the Netherlands, France, Spain and Italy.

“We are very pleased about the great interest and trust of both new and existing investors. The growth potential is huge, and we are only at the beginning of a whole new era in which the stock market becomes fully democratized. With our unique coaching approach, we ensure that private investors not only trade fully commission-free, but above all become significantly more successful”, said CEO and co-founder Manuel Heyden. His brother Dominic Heyden, co-founder and CTO continued, “We are particularly proud of the fact that with fewer than 40 employees, we have in record time built an online broker active in eight European markets, built top-to-bottom on our own technology and with a comprehensive regulatory framework.“

Lead investor Christian Angermayer, who has invested via his stock-market-listed Cryptology Asset Group, added: “We are just at the very beginning of a new retail boom on stock markets. However, the crisis of confidence towards other neobrokers, in connection with the Gamestop phenomenon, has shown how important it is to choose the right partner. Nextmarkets is 100% transparent, stands completely on its own two feet including its own banking license, and offers true zero-commission trading in stocks, with no hidden fees and a very broad investment offering. Investors can also trade Bitcoin easily and conveniently with nextmarkets, of course.”

Nextmarkets will invest its freshly raised capital primarily into further development of the platform and further customer growth. “Our product pipeline is full of innovations and we can’t wait to make them available to our customers,” said Manuel Heyden, describing the growth phase that now lies ahead.