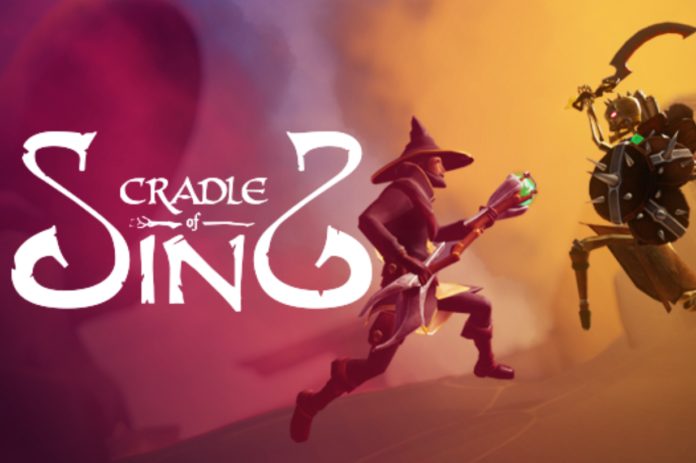 Virtual reality gaming startup U24 Solutions announced today that after their last bridge round of €350K, they have now secured close to €1 million total funding in order to continue developing their VR multiplayer game solutions and an upcoming VR game ‘Cradle of Sins’.

U24’s co-founder Steve Parker, who founded the startup in 2017, has revealed that in the last few years while developing VR games they saw a lot of problems within the market. They now aim to make VR exciting for bigger masses and VR fans who don’t exactly own VR headsets, in a market that is expected to reach a record 5 million. The ‘U’ in U24’s brand name stands for ‘unreal’, referring to their VR games quality, which they believe surpasses the games on the market currently.

“The VR gaming industry is still young but it is steadily growing. Facebook’s All-in-one VR, Oculus Quest has picked momentum and generated more than $10 million in income. Our goal is to be there with the best games and large tight-knit communities once VR goes mainstream,” said U24 co-founder Steve Parker. “The quality of VR devices is also improving at great speed and so it is only a question of time when VR headsets become the next big Christmas gift,” he added.

U24 has also partnered with Wehype, one of the world’s largest esports and gaming media companies that will support them in promoting Cradle of Sins. At the end of last year, the company organised a closed event where they announced the upcoming release of the VR game. During the event, notable streamers and artists such as Steve Aoki, Headhunterz, and xQc tried out the early version of Cradle of Sins (see video below).

The startup’s recent funding round was led by Thorgate Ventures and MSD Service OY. Mark Dear, investor from MSD Service OY, explained further: “We invest in future technologies and VR gaming is surely one of them. It’s currently being defined which studios will be closing and which ones will survive. U24 has a very agile approach to development and they avoid mistakes by testing every update with hundreds of players”. Mark also added that “U24’s main focus was to develop a multiplayer VR platform and tools to launch with higher quality and a better price”.

Raido Pikkar, chairman of the Thorgate group commented: “Virtual Reality is one of the technologies that has been hard to predict about, especially about when it will actually break out. Current times have seemed to break a glass ceiling letting VR development pace up and U24 is certainly at the fore-front of this break-through. The team has built tools to be up to 3x faster in launching new VR environments.” He also added that “Gaming can be just the start in VR, but really, sky’s the limit.”

Share
Facebook
Twitter
WhatsApp
Linkedin
Previous article
Social media matters! Why followers may not become customers, but are still important
Next article
“The European tech scene is growing faster than almost anywhere else in the world”: Interview with Emma Davies, co-CEO at Octopus Ventures