You may have heard of cultured meat. Otherwise known as lab-grown meat, it is produced in a laboratory under the light of a microscope and, scientifically speaking, is considered undistinguishable from conventional meat.

First developed in 2013, the product originally came about as a more sustainable alternative to traditional meat production. And, whilst there is increased focus on sustainability within the meat industry, it’s no secret that it is currently one of the biggest greenhouse gas culprits globally.

Knowing this, you’d think that cultured meat would provide the perfect solution and you’d be right, almost. The fact is that despite predictions that the lab-grown meat market will be worth $20 million (around €16.5 million) by 2027, many people, including investors and consumers, are sceptical. We take a look at what’s holding lab meat technology back.

One of the first things to know about cultured meat is that is isn’t cheap. Actually, the first dish grown burger cost over $300,000 (around €247,000) to make and over 2 years to produce. Despite this, prices are dropping. The cost of an individual lab burger is predicted to reach $10 this year and whilst still not quite as competitive as a standard burger, it shows that there has been fast progress.

If you want to sell a product, there’s one group you need to convince above all others: the consumer. In the case of lab grown meat, studies have shown that many consumers are not entirely ready to accept the product. The challenge is that the market for lab meat is questionable. A very competitive market for vegan and vegetarian consumers looking for meat alternatives already exists and, studies show that meat eaters are not quite sold by the idea.

One study found that 43% of people would prefer to eat animal-based foods even when lab meat is the same price. The main reason being that they find the concept of lab grown meat to be ‘unnatural’. This is also connected with doubts some have regarding the potential negative effects consuming lab grown meat could have on health, although there’s no evidence to show this would be the case.

There’s something else that’s holding consumers back when it comes to buying lab grown meat: taste. Although companies have spent large amounts of money and time making sure lab meat tastes like the real deal, some consumers might still not be convinced. It’s worth noting, though, that many scientists argue that taste should theoretically be the same as traditional meat, with texture being the next topic of discussion.

Despite a few things currently holding cultured meat back, judging by the quick progress the industry is making, we’re likely to see an increasing amount of lab grown meat on the shelves in the near future. It’s also likely that European startups will be part of this fast-growing sector, considering the participation so far by companies like Mosa Meat, who has raised around €61.8 million so far. The question is: Would you buy it?

If you’re keen to find out more about new plant-based technologies, check out these news and opinions articles on EU-Startups. 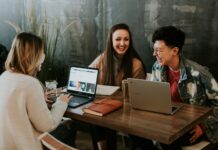 10 great reasons why you should start a social impact startup 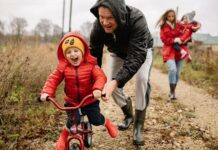 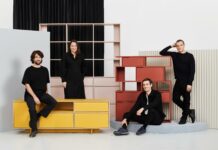