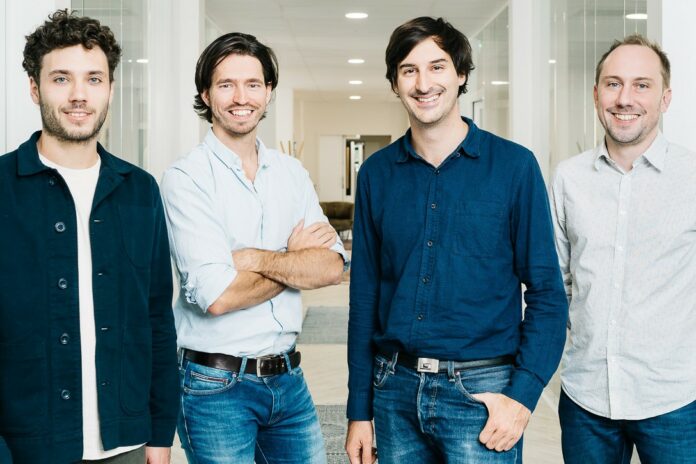 French startup Indy (ex-Georges.tech), an accounting software that enables tens of thousands of independents to automate their accounting tasks, has just announced a €35 million Series B funding to launch in the US. At the same time, the company announces a new identity with its new name, Indy.

Accounting is a difficult task, being time-consuming for small businesses and self-employed people. Founded in 2016, Indy is on a mission to bring automation to support these companies. Its technology collects data, processes it and then passes it along to the competent authorities. It represents a great asset to small teams and entrepreneurs looking to save time. “It’s much more efficient than a once-a-year coaching session by a professional accountant,” said CEO and co-founder Côme Fouques, who believes that Indy’s tool makes it possible to focus on this task “when you have 30 minutes in front of you” – without any real foresight. A live chat offers customers the possibility of connecting with customer support representatives that are answering all their questions within a minute.

The startup has already won about 40,000 clients, which it offers an annual subscription of €240. Indy’s two previous fundraising of €1 million and €10 million respectively – have enabled them to expand and then scale up their solution. They also enabled the company to grow its workforce in view of supporting over 6 million self-employed professionals in the long-term.

The startup is growing at a time when accounting tools have become an alternative to accounting firms. “We are witnessing, in this sector, a transition similar to the one experienced by online banking some fifteen years ago,” said CEO and co-founder Côme Fouques, who intends to make Indy the leader of this movement through continuous investment.

According to Fouques, accounting firms can make up to €1 billion in turnover, but there is still a long way to go before overcoming traditional accounting companies. After a year of product development and adaptation, expanding to the US market in 2021 could get them closer to their ambition.

Indy believe that the US is the most mature market given that the self-employed represent up to 50% of the workforce. In fact, it is the only other market (besides the French) that the startup intends to target at the moment in the more or less long term. “Each time a country is open, local taxation must be coded. We’d rather be successful in two crucial markets, rather than burning our energy in several markets,” said Côme Fouques. Some 24 million independent Americans are already very autonomous. A strategic choice, to say the least.

With this €35 million Series B funding, Indy’s other priority will be to expand its teams in the city of Lyon with more than 100 new positions throughout 2021. Lyon is seen as a dynamic French city with less turnover than in Paris and a large employment pool. This is also an argument when it comes to attracting talent who want to move away from the capital.

Arnaud Terrisse
Arnaud is a startup enthusiast from France with a passion for social entrepreneurship. He loves reading, surfing, and learning about new business ideas.
RELATED ARTICLES
Startups in general

Berlin-based Monite raises €1.1 million to automate admin and accounting for SMEs in Europe

Fintech ANNA nabs €19.7 million for its SME app and debit card that “miaows”