“I’d encourage founders to adopt a global mindset from the start”: Interview with Livestorm’s co-founder and CEO, Gilles Bertaux 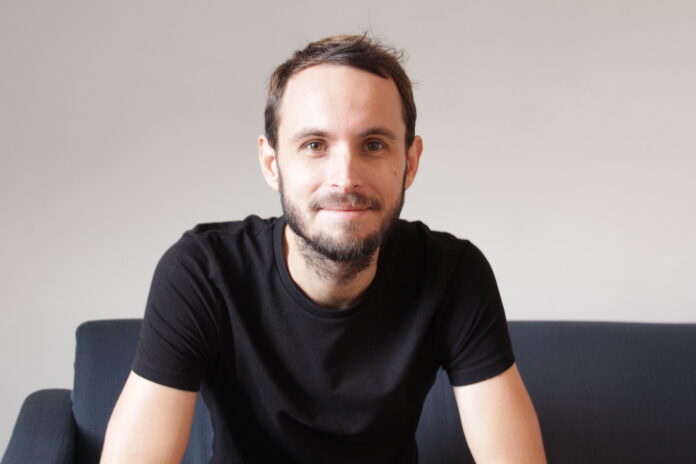 Gilles Bertaux is co-founder and CEO of Livestorm, the all-in-one platform for video communication, which has seen huge growth during the pandemic.

As a first-time entrepreneur, Gilles co-founded Livestorm in 2016 along with Robin Lambert, Tom Forlini, and Vincent Garreau. The company gained traction in Europe and North America and has nowadays over one million participants each month on its platform. In 2020, the startup raised €25.4 million in series B to accelerate Livestorm’s presence in Europe and the US, as well as to scale its go to market strategies towards mid-market and Enterprise.

Gilles is an active member of the French tech scene and a frequent speaker on startups, growth, and remote company culture. Prior to Livestorm, Gilles worked as a Product Designer at Totems (an Instagram Engagement platform acquired by Stripe in 2014) and as a Growth Hacker at Mention.

Thank you for joining me today, Gilles! First thing’s first: What is Livestorm’s story?

Livestorm was born in 2016 as a final-year school project. After doing several internships in tech companies, I was looking for software that could not only stream live video but also manage the painful tasks around it. Like many other professionals, I was looking for an end-to-end management platform where I could organize, host, and analyze my online events in one place.

I saw that such a tool was missing, so my co-founders and I built a proof of concept in three months. Our peers received well the product, and we decided to continue the adventure further.

2020 was a key year for us: the pandemic created a sharp shift towards digitalization and the need for video engagement. Overnight, the usage of Livestorm was multiplied by 30 and within a few months, we multiplied our revenue by 7X.

The momentum is still going and as a matter of fact, we raised a €25.4 million series B in November to ​consolidate our market position in dynamic markets such as the United States or Western Europe. We plan to hire 100 new teammates in 2021 to help us accelerate our growth and take advantage of the increased demand.

Could you share some tips for founders on expanding abroad?

From the start, my co-founders and I had the vision to build an international company. We wanted to reach the broadest audience possible so naturally, we built our website, created marketing materials, and hired in English.

Even though we have our headquarters in Paris, we soon realized that there was fierce competition to hire in the French capital. To be able to access the best talent no matter where candidates lived, we became one of the first remote-first companies. This also contributed to the international DNA that we have today. Those two components were key for our expansion in markets outside of France. I’d encourage founders to adopt a global mindset from the start and then narrow it down to a local approach once the customer base in a specific market is strong enough.

What is your opinion on the environment for creating a tech company in Paris?

Part of our success is mostly due to this very specific environment. I am convinced France is among the most entrepreneur-friendly countries. Especially when you are a first-time founder.

First of all, from a very pragmatic point of view, you have tons of resources to help you get started even though you don’t have any revenue like basic income, free health care and other support systems. From a capital standpoint, one could argue that France does not benefit from as much capital as the US (e.g San Francisco), but if you look at the evolution of Series A, B, and C in the past 5 years we have seen significant growth in those numbers. French seed rounds now often match those in the US.

Finally, engineering talent is often much cheaper in France than it is in the US even though we have among the best talents in some cutting edge areas like AI or video streaming.

All those things lead to great momentum in France and Paris more specifically and create a virtuous circle.

Livestorm saw a huge uptake during the pandemic given its convenience. How did the team manage this unexpected growth spurt?

That’s right! During the first weeks of the pandemic, the usage of Livestorm was multiplied by 30. While we were amazed by the traction, it also came with its challenges. Our Engineering team had to quickly scale the infrastructure to support the demand and our Customer Success team was receiving a phenomenal amount of requests from new customers.

Our team had to quickly refocus to overcome those challenges and keep on delivering a high customer experience. We implemented new processes, created squads, and advanced by two years in the span of two months. I couldn’t have been more proud of our team, it’s thanks to their resilience and adaptability that we managed and came out stronger from this unexpected growth spurt.

What differentiates Livestorm from its competitors? Do you think Livestorm can beat Zoom as one of the biggest players?

Many of our competitors focus on video, but ​we believe that it has become a commodity. The best video technology will be open source. Livestorm focuses on the packaging of the video: we offer an end-to-end management platform that requires no downloads and facilitates easy engagement while capturing actionable insights.

Zoom is a strong solution that is widely adopted for one-on-one meetings or unstructured internal meetings. But when it comes to complex and recurring meetings that require professional video engagement at scale, I have no doubt that Livestorm has a strong part to play.

What are your future predictions for home working and the video conferencing sector in the next 5 to 10 years?

A lot of things are going to change rapidly in this sector in the next few years! First, as I’ve mentioned, I believe that video will become a commodity, and the way video is delivered will become the deciding factor. Similar to what we witnessed in B2C, the diversity of engagement will play a key role in video adoption. Winning platforms will engage the audience over a long period of time. We’re already seeing examples of it: backgrounds, whiteboards, reaction emojis on-screen, Snapchat-like filters, polls, chat, etc. Those engagements are necessary to retain the audience and increase usage.

Accessibility will also be key. Platforms like Livestorm, on which organizers can host an event on mobile or desktop, without having to download an app, will win. There shouldn’t be any barriers at the entry, that’s what consumers are already used to with Facebook or Youtube Live. There’s an urgent need to provide the same accessibility in company communications.

Do you have a motto or a saying that inspires you?

Ironically as an entrepreneur, I consider myself a cautious person. I often say that when there’s a doubt, there’s no doubt. It applies to a lot of things like hiring or fundraising. At the end of the day, you may take fewer risks but make mostly good decisions. This is probably less relevant when you begin, but the more you grow, the more you have people that count on you, and then the more relevant this advice gets.

One final thing that I often say is that we’re not in a sprint nor a marathon, it’s something in between. I believe this should drive how we do things: work smarter and don’t burn out so that you can build incrementally and progressively.