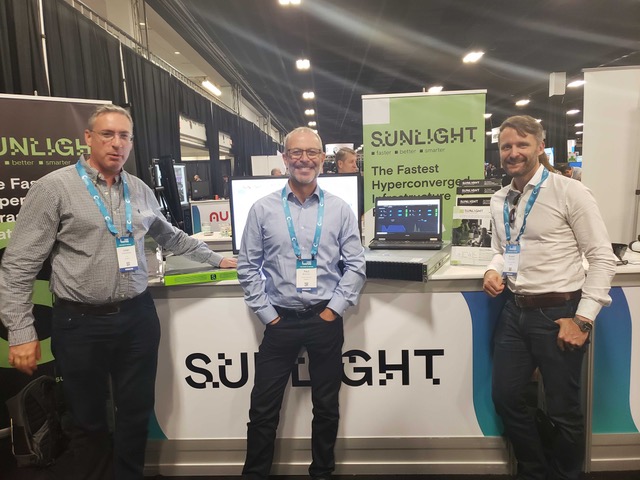 Sunlight, the Cambridge-based developer of virtualisation tech for data-intensive applications, has closed an approx. €4.9 million Series A funding round, led by OpenOcean, and with participation from Robert Bosch Venture Capital. Sunlight will use the funding to expand its commercial operations and footprint, particularly in the US market.

As businesses increasingly rely upon data-intensive applications like analytics, big data and artificial intelligence to run their core business processes, Sunlight’s technology can cut the infrastructure costs of running these applications by 70%.

The Sunlight team explains that, despite significant advances in storage and networking hardware, existing cloud and virtualisation technologies aren’t architected to support the massive levels of throughput necessary, and are too bloated to run in resource-constrained edge environments. This results in large overinvestments in IT infrastructure, and failed cloud migrations. Sunlight assures that with 3 times more data forecasted to be created over the next 5 years than it did in the last 5, and 75% of data collection moving to the edge, their technology will become increasingly mission critical.

“Cloud has been instrumental in unlocking greater IT flexibility. The next challenge is supporting the creation and processing of skyrocketing data volumes efficiently. It’s not uncommon to see enterprises hike their infrastructure costs up to 10x for some data-intensive applications when they move to the cloud,” said Sunlight’s founder and CEO Julian Chesterfield, a virtualisation pioneer. “This is where Sunlight comes into play. By transforming cloud infrastructures, we’re allowing businesses to achieve huge efficiencies, cost savings and performance gains for today’s most highly demanding workloads – from genetic sequencing and automated drone monitoring to rendering hi-definition movies.”

Chesterfield was one of the architects of Xen virtualisation, the original foundation of many of today’s most popular cloud services, including AWS. While working on a small-footprint virtualisation project with ARM, his team saw the need to create a new virtualisation technology that could unlock the full bare-metal performance of fast storage and networking – resulting in the founding of Sunlight in 2013.

“The value of Sunlight goes far beyond cost savings on infrastructure and ease of use. The cloud market is changing rapidly, with increasing data volumes creating a multibillion dollar market opportunity for a new platform enabler. We believe Sunlight will become an indispensable foundation for future data centres and enterprise software – removing input-output bottlenecks across compute, network and storage. At OpenOcean, we were impressed seeing MariaDB and MySQL, previous portfolio companies, running on Sunlight with significant service improvements,” said Ekaterina Almasque, General Partner at OpenOcean.

“The investment by two of the leading European data infrastructure investors, OpenOcean and Robert Bosch Venture Capital, really sets us up for rapid growth in 2021,” said Chesterfield.

Sunlight has earned the trust of a number of enterprises that are already using NexVisor to accelerate high-performance applications such as Splunk, Elastic Search and Cloudera. The company is partnered with distributors including Synnex in the US, Altos in APAC, and Boston in EMEA.

Sustainable IT: how you can help reduce tech’s impact on the planet (Sponsored)

Why the multi cloud matters for your startup (Sponsored)

“We need to concentrate on support at every stage of young women’s lives” : Interview with Ekaterina Almasque, General Partner at OpenOcean VC