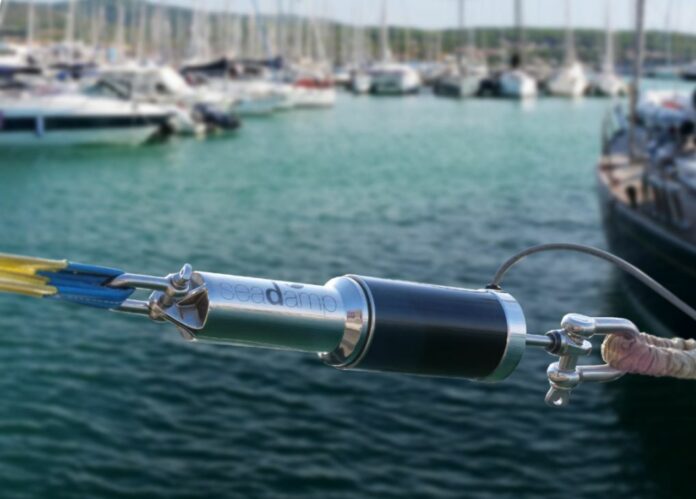 Seares, an innovative Tuscan startup active in the nautical accessories sector, with its intelligent mooring systems has conquered investors obtaining a seed investment of €400K, which will allow it to support its industrial plan.

Founded in 2018, the startup aims to revolutionize the mooring of boats and floating structures. Thanks to some important synergies that were born from its incubation at the Technological Pole of Lucca and collaborations with the Technological Pole of Navacchio, the team was able to produce and market the ingenious Seadamp mooring systems, in a short time frame. What do its mooring systems do exactly? These mechatronic dampers, dedicated to mooring boats, are able to improve comfort and safety, by recovering energy from wave motion.

For its mooring systems, the Seares team has opted for a linear and elegant design, capable of combining functionality and aesthetics, the result of passion and attention to detail during the design phase. It has focused on the highest quality components, on an entirely ‘Made In Italy’ production, and on sustainability, thanks to the use of recyclable materials and biodegradable oils.

In 2020, Seares received recognition through awards, such as the Innovation2live award of Enercom, and also nabbing 3rd place at the Company Prize Gaetano Marzotto. These are in addition to the awards obtained during the previous year, such as the national CNA Changes award, the SeaBootCamp, the Marine Equipment Design Award, the Qualitec Design Awards, the Greentec and others.

Also this year, under the guidance of its founder Giorgio Cucè, Seares signed an agreement with Vittoria Assicurazioni that allowed it to become one of the only Italian companies in the sector whose products have been validated by an insurance company, as they are suitable to guarantee greater mooring safety, and to offer its customers important discounts on policies.

The startup’s recent capital increase was subscribed by a club deal, led by Selected Investments S.p.A., a venture capital investment firm focused on seed operations, which played the role of anchor investor. The club deal was also attended by the Corniola family office, the consulting and participation company Intermedia Iniziative and a group of private investors and business angels specialized in investments in startups and new technologies.

The fresh funds raised will make it possible to strengthen its commercial network, to increase production capacity – thanks to its transfer to new headquarters in Livorno – and to complete new patents.