French startup Pigment, a business forecasting platform, has raised over €24 million. The Series A round was led by Blossom Capital, with participation from investors New York-based FirstMark Capital and Frst, as well as angel investors including Paul Melchiorre, former CEO of business planning giant Anaplan, and David Clarke, the ex-CTO of Workday.

Founded in 2019, Pigment is trying to overhaul the painful experience of using error-prone spreadsheets and inflexible software to forecast the future of businesses. Instead of a rigid annual planning process, Pigment’s platform allows users to take control over their business data – presenting an intuitive, full-spectrum view of the company that allows users to play with multiple future scenarios in real-time through charts, simulations and continuous modeling.

‘If you’re up to your elbows in the agony of annual budgets right now – we feel your pain,’ says Eléonore Crespo, co-founder and co-CEO of Pigment. ‘At the moment entrepreneurs have to spend so much time simply trying to build an accurate picture of their own business that they’re eating into bandwidth that they could use for strategic thinking and analysis,’

Pigment has already secured prominent enterprise and pre-IPO start-up clients for its beta product, including a major European bank. The funding will allow the company to scale up its operations and first-class engineering team, which includes senior hires from leading tech companies such as Criteo, Datadog, Aircall and Payfit.

Pigment was founded in 2019 by Eléonore Crespo, a former data analyst at Google and investor at preeminent European venture capital firm Index Ventures, and Romain Niccoli, the former CTO and co-founder of adtech company Criteo (a prominent tech success story, following a successful NASDAQ IPO in 2013 and annual revenues of over $2 billion USD), approx. €1.6 billion.

Crespo and Niccoli identified three key roadblocks in planning and reporting. First was a lack of transparency and insight into underlying data behind their business. The second was the sheer quantity of data they had to get their head around. The third was the static way it was presented, which made it hard to change and manipulate. As a result, planning and reporting wastes a lot of time and money, and the inevitable mistakes hamper almost all organisations. Reports earlier this year showed that an error in a UK government spreadsheet caused many thousands of COVID-19 cases to go unreported, when an Excel file reached its maximum size and failed to update.

By contrast, Pigment’s technology offers an intuitive, visually-driven experience that lets users play with different parameters and do continuous forecasting – animating future scenarios and bringing them to life through charts, models and simulations. This allows users to see their business clearly, to take control over its dynamics and to make strategic decisions in real-time – rather than being forced to view the company reactively and through the hazy lens of a mass of abstract numbers.

Crespo continued: ‘We’re a bit like Minecraft for business strategy – with that kind of creative, organic potential for the user. Standard planning solutions are basically mechanical, treating a business like a machine with levers that you just push and pull. But the times call for software that’s more responsive and evolutionary – where you can truly manage the destiny of your company, seizing control over how it evolves from the bottom up.’

In the future, Pigment also plans to allow for reporting in areas including social and environmental accounting, as this is increasingly requested by users. Romain Niccoli said: ‘There’s been little innovation in business planning for over a decade. Pigment has set its sights on becoming more than just a system of record for business data – we allow everyone in the company to see how different metrics interact, to creatively explore the potential behind the numbers, and to imagine fresh possibilities for the future.’

Ophelia Brown, partner at Blossom Capital, said: ‘Existing planning software was built around 20th-century models of how to do business. Pigment is a 21-st century platform that reflects the way successful companies need to work today – socially and environmentally conscious, proactively scanning the horizon for risks and opportunities, and capable of unlocking new opportunities in an increasingly complex and uncertain world.’

Matt Turck, partner at FirstMark Capital, said: ‘The strength of Pigment’s team is impressive and unparalleled. With their top-notch engineers and breakthrough technology, they’re in the best possible position to transform this huge and challenging market.’ 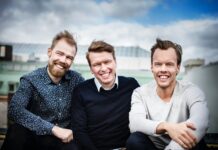 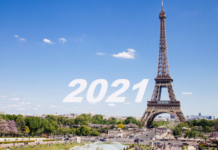