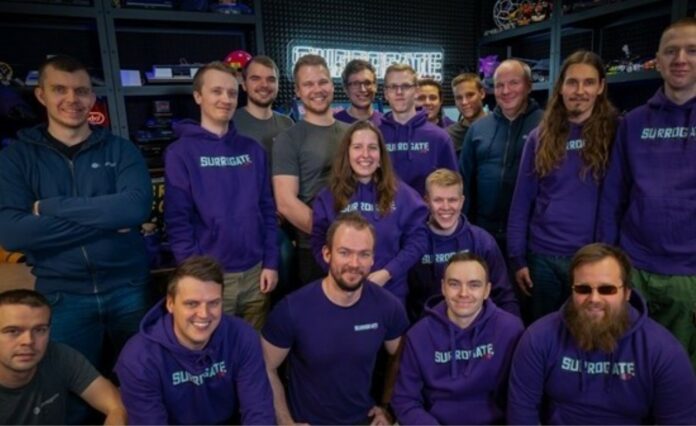 Surrogate.tv, the remote play and teleoperations platform, has announced raising a seed round of investment, led by Supernode Global and followed by PROfounders, Brighteye Ventures, and Business Finland. The new investment round allows Surrogate to continue to actively develop its ultra-low-latency streaming and robotics control software suite, SurroRTG, while enabling new experiences on its platform.

SurroRTG was recently used in partnership with Ubisoft to produce The Viking Crossing, a remote play event where players got to battle real-life Viking ships against the World’s Strongest Man, Hafþór Björnsson, all from the safety of their homes.

“What SurroRTG does is enable anyone in the world to easily hook up absolutely anything physical to the internet and control it remotely in real-time. Previously, such teleoperation technology would only be accessible only for very specific, mainly enterprise, applications. With this second round of funding, we will be able to launch a string of exciting initiatives that will enable people to create experiences that have never been possible before, all using our technology,” said Shane Allen, CEO at Surrogate.

“At Supernode Global we focus on teams that are building the next wave of great MediaTech companies. We see huge potential in Surrogate’s vision, and its underlying technology is quite literally game-changing. We’re incredibly excited to be leading this investment round and we can’t wait for Surrogate’s team to bring their ambitious vision to reality,” said Michael Sackler, CEO, Partner at Supernode Global.

“PROfounders always looks for unique and innovative companies across the globe. Being already the co-lead investor in the company’s pre-seed round, it’s amazing to see how much the team has managed to achieve in the past year. We’re proud to be backing the company in their second round of investment and we look forward to their upcoming releases,” said Sean Seaton-Rogers, Partner at PROfounders Capital.

This is the second round of investment for the company, which was founded in 2018. In 2019, the company raised its pre-seed investment of around €1.6 million led by Initial Capital and PROfounders, followed by Brighteye Ventures, and funding from Business Finland.

Already, early experience creators are able to run SurroRTG on the most affordable and popular development hardware on the market, such as Raspberry Pi and Arduino, while still having near-instant video streaming and robotics controls for their creations. The company aims to bring even easier, no-coding required experience templates to its early platform adopters in the coming months, making it unprecedentedly easy to remote play anything.

Prior to the platform launch, the company has been actively bringing inspirational game pieces to its website – Surrogate.tv. From Race Real Cars 1:43 (people get to drive real-life RC cars) and SumoBots: Battle Royale (robot fighting game where players get to represent some of the most renowned esports teams in the world), to Pinball, Claw Machines, and the recently released Mario Kart Live: Home Circuit – the company showcases how its online platform can be used in a vast amount of remote play applications.

Share
Facebook
Twitter
WhatsApp
Linkedin
Previous article
“Democratization is key to why fintech has been so disruptive”: Interview with Chip’s CEO and founder, Simon Rabin
Next article
Weekly VC Overview: All European startup funding rounds we tracked this week (Dec 14-18, 2020)