Before diving into the role women play in the European blockchain ecosystem, let me just say there is (still) some confusion between blockchain and bitcoin. I’m sure you’ve heard this before. Not sure when it started, but I’ve had several conversions around the two terms. So let’s first get that out of the way.

Blockchain is a data structure that proves ownership throughout time while cryptocurrency refers to a medium to digitally transfer ownership without a middleman or woman 🙂 Moreover, besides being a data structure that proves an order of events, a blockchain is also a protocol that allows participants to synchronize their databases in a trust-minimized way. There are two different kinds of blockchains: open/public blockchains to which everyone has access and private or permissioned blockchains to which only selected parties have access.

There are many women working to drive change in the European blockchain ecosystem. And to no surprise, the majority of them are not the founders of the fast growing companies we see outhere, but they are contributing their success from many other different perspectives. With that in mind, here are some inspirational blockchain women leaders to look up to. They are of course not the only change-makers out there, but nonetheless, I hope they will inspire the leaders, entrepreneurs and investors (no matter their gender) working with blockchain or planning to do so in the future.

Maria Pennanen – Maria is the co-founder of Accelerator Frankfurt and the previous CEO of the crypto/blockchain startup Santiment. Today, Maria is the founder and CEO at Mindclip Behaviour. With over 20 years of entrepreneurship experience, Maria already has advised over a hundred startups. In 2018, she was named the leading FinTech Influencer in the German-speaking world.

Leanne Kemp – Leanne founded Everleadger in 2015 and is today its CEO. The platform is designed to help insurers, claimants and other stakeholders combat fraud and money laundering. With three exits to her name, Kemp has more than 20 years experience in tech, working with RFID tracking, supply chains and advertising. Kemp sits on board for the World Economic Forum’s blockchain council and is a Blockchain Expert Policy Advisory Board for OECD.

Marina Niforos – Marina is an Adjunct Professor, The Future of Work at HEC Paris Business School and member of the The European Blockchain Observatory and Forum. The latter is a European initiative to accelerate blockchain innovation and the development of the blockchain ecosystem within the EU and so help cement Europe’s position as a global leader in this technology.

Zoe Adamovicz – Zoe is co-founder and CEO of Neufund, an inclusive blockchain-based platform for investors. Over the last 20 years she has founded multiple startups and driven a number of exits, also acting as an advisor for German and Maltese governments on digitalisation. Zoe was named as one of Forbes ‘Five Female Rock Stars Leading the Crypto Scene’ in 2018.

These women have made tremendous achievements in their careers, and as we look to the future, we wonder what’s next for the sector. For the sake of the next generation of leaders in blockchain, and also European founders, access for more girls to STEM studies and more support for those women already playing an acting role should be top priorities. Far from a competition, this would be a smart way to make use of everyone’s skills to build businesses that last. 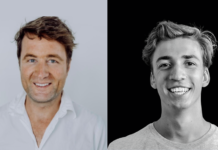 Is blockchain technology going to disrupt the travel industry? Interview with Jan Valentin and ...