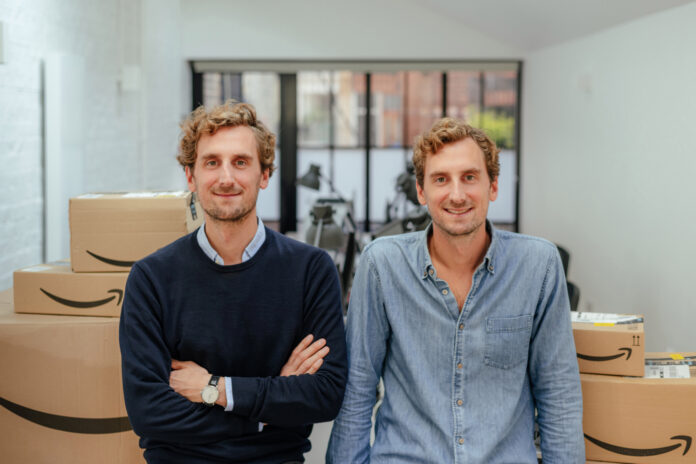 A string of prominent angel investors are also participating in the round alongside the leads including Matt Robinson, co-founder of GoCardless and Nested, and Carlos Gonzales, COO at GoCardless. According to Crunchbase, Heroes’ funding marks one of the largest raised at seed level in Europe.

Heroes acquires successful ‘Fulfilment by Amazon’ (FBA) businesses from a range of different sectors including Baby, Pets, Homeware, Kitchenware, Garden, DIY, Sports and Outdoors. Providing founders with an exit opportunity, Heroes has the infrastructure to optimise and scale the brands internationally with an in-house team of experts. This funding will predominantly be used to finance further acquisitions, grow the brands and continue to build out the team.

Co-founded by identical twin brothers Riccardo and Alessio Bruni, Heroes was founded in June 2020. Riccardo Bruni brings years of investing experience from his time as a venture capital investor at EQT Ventures and M&A at Merrill Lynch. Alessio Bruni also started his career in M&A at Perella Weinberg Partners, before leading the retail division as a VP at Lazada, the ‘Amazon of South East Asia’. It is not the first time the brothers are teaming up together, as they previously founded a VC-backed D2C ecommerce brand in the healthtech sector.

FBA is a ‘hands-free’ method of selling on Amazon where sellers store their products inside Amazon’s warehouse. Amazon then fulfills the orders, ships them directly to the customer and manages customer support. The FBA model has allowed the emergence of third-party sellers becoming entrepreneurs and building successful ecommerce businesses by leveraging Amazon’s state-of-the-art fulfilment infrastructure. Heroes enables the 2.3 million brand owners to sell their business and capitalise on the work they have invested over the last years.

Mark Pearson, CEO at Fuel Ventures commented: “With a proven business model and two excellent founders in Riccardo and Alessio, Heroes have the requisite tools needed to be the major player within the European FBA ecosystem. From our initial discussions all the way through to leading what is one of the largest seed rounds seen across Europe, we’ve been incredibly impressed by Riccardo and Alessio’s joint vision for the business and their plans to execute. Investing into Heroes was a golden opportunity and we couldn’t be more excited to be a part of their journey going forwards.”

Riccardo Bruni, co-founder of Heroes, explained: “We’re excited to come out of stealth mode and announce our first funding round. The support from investors since our early days has been a huge vote of confidence in both our vision and the team. We are moving at an unprecedented speed having closed our first couple of acquisitions and already achieved profitability. Our goal is to become Europe’s largest acquirer and operator of Amazon FBA brands in the coming years and we’re looking forward to partnering with exceptional brands and entrepreneurs going forward.”