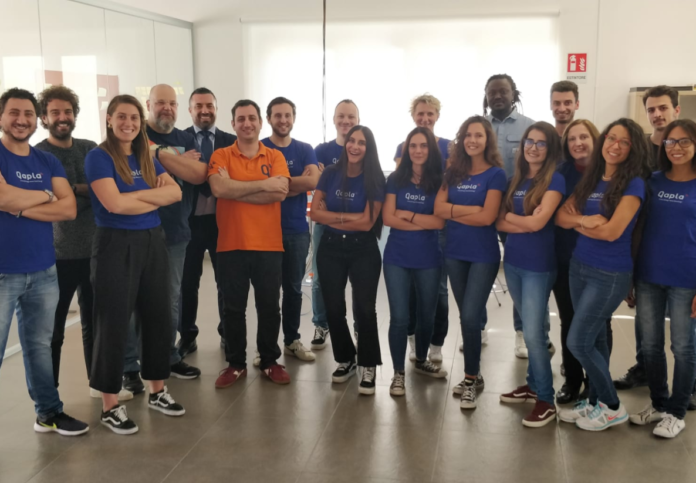 Today Qapla’, an innovative platform that enables B2C e-commerce companies to manage shipments, announces a new financing round of €950K. The round was led by Track2Marketing (the vehicle company aggregating the Italian Angels for Growth, Doorway and Moffulabs shareholders), CDP Venture Capital SGR via Fondo Acceleratori, and other Qapla’ shareholders (including Club Acceleratori and previous Mamacrowd crowdfunders). The funds will be used to foster Qapla’s leadership in the Italian market, speed up its growth in the Spanish market, and enter new European  markets starting from France, Germany and the United Kingdom.

Qapla’ was founded in 2014 by Luca Cassia and Roberto Fumarola and was accelerated by Nana Bianca in Florence. In Q1 2020, Qapla’ exceeded 1 million monthly shipments tracked, thanks to its integrated platform that controls 3 critical aspects of the eCommerce business  at the same time: Shipping, Customer Care, and Marketing. Thanks to Qapla’s services,  all consumer communications are 100% customisable providing options to add useful  information about catalog news, discounts, similar product recommendations, events, special openings, focused messages that simplify customer relations and brand awareness, together with tracking info.

Roberto Fumarola, co-founder and CEO of Qapla’, said: “Thanks to this funding we’re able to take a first step towards internationalisation: we’ll go beyond those markets where we already operate, starting from the United Kingdom, Germany, and France and we’ll strengthen our presence in Italy and Spain. We’re expanding the Italian and the Spanish sales departments and we are recruiting for the customer support/onboarding and customer success teams as well. Furthermore, we’ll accelerate new functionality development to make shipment management even easier by placing tracking at the centre of e-commerce marketing strategies.”

Andrea Giustina and Gianluca D’Agostino led the investment, acting as what are called ‘champions‘ for IAG and all the other associated shareholders of Track2Marketing srl. The two commented: “Qapla’ is an excellent platform that solves a critical problem and creates added value for all players in the B2C eCommerce ecosystem: Merchants, Carriers, and Consumers. We detected a best-in-class customer satisfaction and confirmed Qapla’s huge growth potential, which will be accelerated thanks to the financial resources now available to the Founders.”

Barbara Avalle, COO of Doorway, said: “Qapla’ proved to be a success story, convincing  many of our investors. Closing the crowdfunding campaign in advance, with an important  investor who covers more than half of the round, demonstrates that the project value was fully  recognised by our community, confirming the great validation work we do on our startups and  SMEs to propose a diversified Portfolio of rapidly scaleable companies.”

Charlotte Tucker
Charlotte is the previous Editor at EU-Startups.com. She spends her time scouting the next big story, managing our contributor team, and getting excited about social impact ventures. She has previously worked as a Communications Consultant for number of European Commission funded startup projects.
RELATED ARTICLES
Belgium-Startups