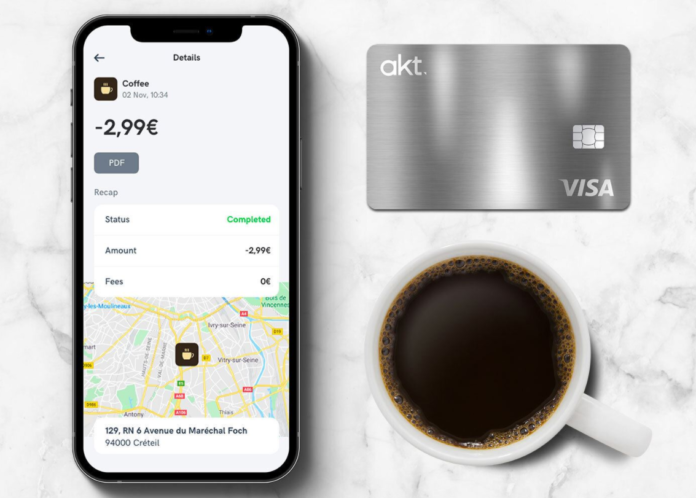 Automata, the UK-France-based fintech on a mission to transform retail digital banking and wealth management, has announced €1.5 million in private investments as part of its ongoing Series A funding round, and €2 million total investments since the company was founded.

Founded in 2017, Automata is the umbrella company and creator of akt.io, a wealth-centred neobank, which merges AI-powered investment tech and decentralizes finance and innovative payment solutions in a single platform. The platform enables customers to make automated fractional investments with the help of sophisticated algorithms, earn daily interest pay-outs by depositing funds into high-yield vaults, buy and exchange financial assets directly using a proprietary asset exchange and instantly pay with any owned currency, asset or vault using the ‘Wealth Card’.

The akt.io Wealth Card users to invest with ease and pay directly with invested capital, just like they would with any other currency. It connects users to an all-in-one digital platform which allows them to grow their wealth, while at the same time keeping it accessible for spending. Users can stay fully invested in an asset of their choice and, for example, buy a cup of coffee with Tesla stock. When paying with invested capital, a fraction of the asset you own will be sold and exchanged automatically to cover the amount requested by the merchant, anywhere in the world.

By merging this investment solution with retail digital banking, Automata is paving the way for real innovation in the fintech sector. Born out of France, Automata’s team is made up of 15 talented engineers, entrepreneurs, developers, and AI specialists, and plans to optimise the use of AI in banking to transform the industry as we know it.

The €2 million raised so far is part of a plan to raise a total of €7 million, which Automata will use to develop its bespoke technology. Since the company launched it has developed its own framework using its own algorithm to create technology which is almost 100% proprietary. Its aim is to continue developing its system to revolutionise how banks and individuals manage their money.

Gael Itier, CEO and founder of Automata says: “Banks are and have always been so conservative, and they don’t mix with technology as they should. We are developing and merging cutting edge technology to provide the next generation of banking for people. A single platform where your money is always invested and working for you, while being instantly accessible for your daily needs.”

“We are transforming retail banking, investing and payments not at a surface level but at the core. Anyone can now have their money invested with a tap on their phone and still spend it as if the money was sitting on a normal current account. With automated fractional investing, you don’t need the same level of capital and knowledge anymore and investing becomes easy and accessible for everyone. Savings have become a thing of the past, a sacrifice with close to zero returns. People need their money to grow and that’s not going to happen with a savings account that can’t even keep up with inflation. Investing has become mandatory for everyone wanting to secure their financial future.”

The new funding was raised through an equity token offering, enabling the public to acquire real equity in the company, creating a decentralized IPO. When the mobile app launches, users will be able to buy equity tokens directly in the app, allowing them to become shareholders in their own bank. 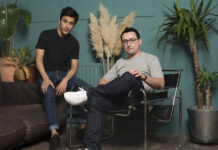