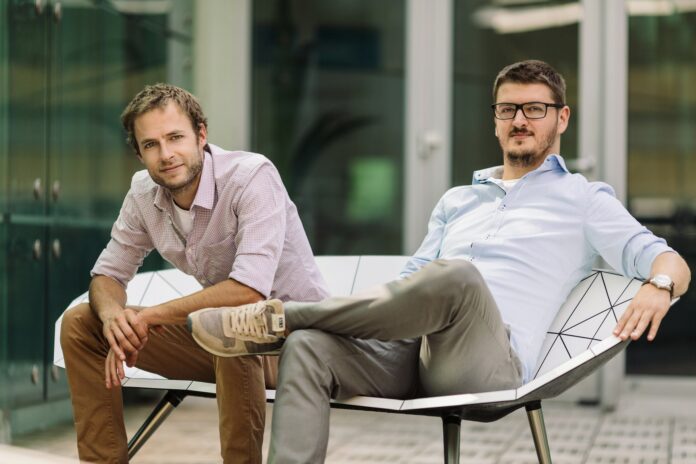 Vectary, an accessible 3D and augmented reality (AR) design platform, today announces an approx. €5.9 million funding round, led by the EQT Ventures fund. Existing investor BlueYard also participated in the round. With the funding, Vectary will continue its mission to make high quality 3D design accessible for everyone and transform the web into a 3D/AR immersive experience.

Founded in 2014, Vectary is already used by more than one million creators worldwide. Additionally, more than a thousand digital agencies and creative studios are using Vectary to provide 3D content to millions of users. With the coronavirus pandemic shifting more people online, Vectary has seen a 300% increase in AR views as more businesses started showcasing their products in 3D and Augmented Reality.

Built by designers, for designers, Vectary was founded by Michal Koor (CEO) and Pavol Sovis (CTO), who bring together decades of design and technology experience. When working as an industrial designer, Koor recognised that the complexity of using and sharing content created by traditional 3D design tools was a huge barrier to adoption. He was keen to work out a way in which designers could get results without spending hours researching and learning how to use traditional tools, so invested time into developing an accessible, easy-to-use tool. By combining this simplicity with a community, high quality 3D results could be provided for designers and creatives with no 3D modelling experience.

With advances in hardware and software and increased network speeds now enabling a wider range of applications for 3D/AR content, the next few years will see a fundamental shift in design. Configurable 3D assets and content for the 2D web, as well as VR/AR, will become increasingly commonplace. As a result of COVID-19 and fewer interactions taking place in real life, many brands have already accelerated their adoption of 3D/AR to create and showcase their products more effectively on the web.

While big technology players such as Microsoft, Facebook and Apple are democratizing 3D content consumption, Vectary believes that seamless 3D/AR content creation and sharing will be key to mainstream adoption. With Vectary’s online and device independent offering, designers and creatives can apply 2D design on a 3D object in Figma or Sketch, create 3D customizers in Webflow with Embed API, and add 3D interactivity to decks, among others.

“3D will eventually outpace 2D,” said Michael Koor, co-founder and CEO at Vectary. “Understanding the shape, depth and scale of objects is particularly important when choosing and purchasing products and soon having 3D content on a site will be as familiar as having a JPEG image is now. With more people now consuming content and working in virtual environments, giving designers the ability to create and share 3D/AR content has become increasingly important. Vectary’s goal is to democratize the creation, sharing and collaboration around 3D/AR content and we’re excited to have Ted Persson and the EQT Ventures team join us on the next stage of our journey. Having co-founded a number of successful digital agencies, Ted’s experience and passion for design will be invaluable as we continue to develop our product and offering.”

Ted Persson, Partner and investment advisor at EQT Ventures, will join Vectary’s board and said: “Vectary’s proving that 3D and AR experiences are what will drive the web forwards. Pavol, Michal and the Vectary team are incredibly product-driven and have a true passion for design. They’ve created a fantastic product, with a beautiful user interface, that can be used by beginners and 2D designers, as well as more experienced 3D designers. There are huge opportunities ahead and I’m excited to be a part of making design history with the Vectary team and continue to develop this offering into something that becomes the norm for designers.”