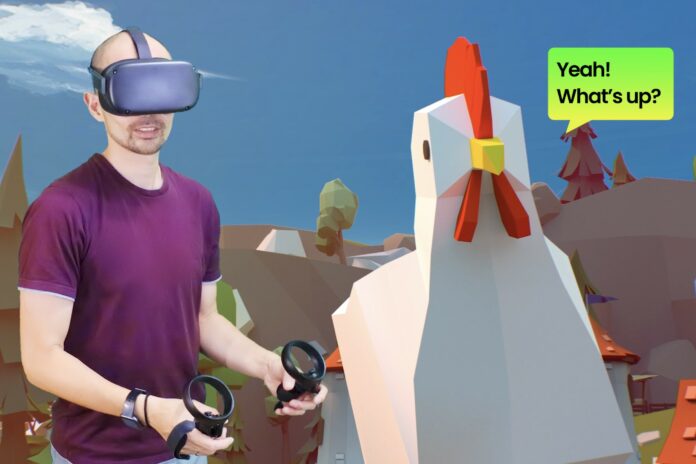 UK deeptech startup Anything World has announced raising €550K from Warner Music, and the launch of the first public beta version of its innovative deeptech platform, which allows creators to make endless 3D worlds using their voice.

Founded in 2018, the majority-female startup combines cutting edge AI, natural language understanding, computer vision and extensive 3D libraries to allow users to request, see, manipulate and experience anything they can think of. It’s a fast and convenient way for creators to make limitless AI-driven 3D experiences.

Anything World represents a genuine paradigm shift in how 3D assets are created. Instead of commissioning artists to model and animate a restrictive set of models, 3D assets of any kind can be requested from Anything World’s cloud platform at any time with natural behaviours already applied. And it’s also a fun process.

The Brick Lane, London-based startup is less than two years old and is already working with major brands including Ubisoft, Instagram, Facebook, and Warner Music.

“I’m excited about the power that their technology allows within the immersive space – it creates exciting new opportunities for our artists to express their creativity and engage with their fans through 3D worlds and objects”, said Oana Ruxandra, EVP Business Development and Chief Digital Officer, Warner Music Group.

Anything World caught the eye of Warner Music in late 2019, and the company’s Boost Fund became the lead investor in this pre-seed round. Warner Music regards Anything World’s effortless 3D content creation to be potentially transformative both for music-driven experiences and well beyond.

In order to achieve creation on such a massive scale open-source, readily available and remixable 3D assets are analysed by Anything World’s custom Machine Learning implementations, with animations and behaviours algorithmically assigned. This fully automated process allows the innovative group to exploit the huge scale of readily available 3D models – they have access to over 500,000 3D models already – and add behaviours to literally anything. There is no other service that has the premise, functionality or unique layers of behavioural intelligence that Anything World offers.

Like one of the many aircraft within their system, Anything World has been flying relatively low this past 18 months and has concentrated almost entirely on product development, the benefits of which are now clear for all to see. Their trajectory has been upwards though, beginning in earnest when they were awarded a place on Ubisoft’s prestigious Artificial Intelligence Accelerator at Station F in Paris in the first half of 2019. They continued to be accelerated even further in the second half of 2019 when they won a place on the highly competitive and roundly excellent Techstars London accelerator programme. Anything World has since gone on to form deep and meaningful partnerships with both Ubisoft and Techstars.

The potential for such a machine learning driven 3D platform is enormous, and while Anything World is currently revolutionising the games development industry by crushing the production time and cost (~40%) of developing 3D experiences for output to any platform (XR, mobile, console etc) the potential for industries beyond gaming is also very clear. Education, retail, marketing, social and of course music are lucrative industries for which thousands of applications of Anything World’s technologies already exist. Additionally, there may be new markets that such a disruptive technology creates and enables. The ability to summon literally anything on the fly using simply your voice lends itself very well to Virtual and Augmented Reality right now, but even more so to mixed reality once strongly rumoured desirable, affordable wearables enter the market from the likes of Apple, Facebook and Snapchat.