“Get your game out and on the market as fast as possible!”: Interview with Kolibri Games co-founder Janosch Sadowski 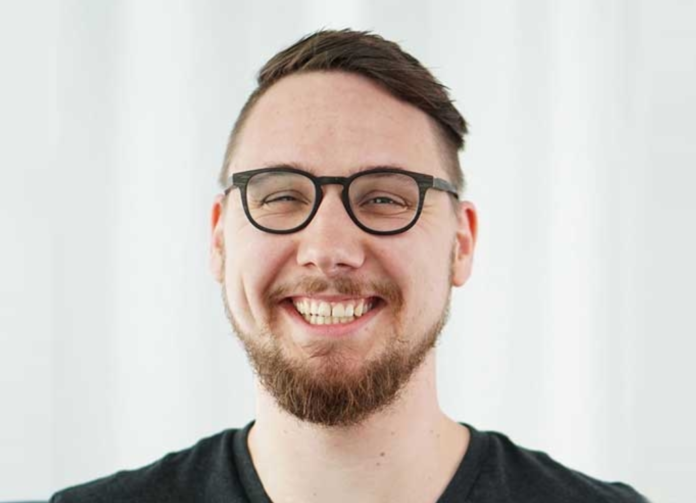 Founded in 2016, Berlin-based mobile games company Kolibri Games has gone from strength to strength. With countless award nominations, and achieving up to 100 million game downloads, it might be difficult to believe that what is now one of Germany’s most successful startups actually began in a student flat.

Following a brand new studio opening in Bucharest, we caught up with co-founder Janosch Sadowski to find out what’s next for the games company, fresh off his recent Young Entrepreneur of the Year win, as well as how they managed during the pandemic and their future gaming tech predictions.

You’ve mentioned that Kolibri Games started as a “handful of guys in a student flat”. What did you learn from starting up in such conditions – what are the benefits and challenges of working with co-founders?

Founding our company as a small group of friends was a huge advantage to us and is definitely a reason for our success in our early days. We all had the same goal – building a successful company – and each brought different skills to the table to obtain it. None of us could have made it alone.

Like for many others out there, for us, founding a company started with failing and learning from our mistakes. That process is a lot easier when you’re not failing alone but have companions by your side and can learn collectively. We constantly supported but also challenged each other, and still do so today.

Kolibri aspires to be the “most player-centric games studio in the world”. What do you think makes it different from other games studios?

Many games companies out there claim to work player-centric these days. To us, player-centric game development means asking ourselves “what’s in it for the players?” in every single thing we do, and this is what sets us apart from our competitors.

The very first version of our game Idle Miner Tycoon was very much a prototype. For the past four years, we have continuously expanded and improved the game based on feedback from the community, releasing an update every single week. In fact, some of our most successful features today are the result of suggestions from our players.

Of course, being closely in touch with millions of players is quite a bit of work and requires a substantial amount of our time. We have an amazing support team that reads every single email, direct message, store rating, or comment and gives weekly briefings to our product managers about popular issues and ideas within the community. From time to time, we even arrange meetings between our game designers and individual players to exchange feedback and ideas for the game.

It’s this dedication to our community, and not being afraid of going the extra mile, that has been a cornerstone of our success from day one and will help us to stay ahead going forward.

What would you say the major changes in the last five years have looked like in gaming?

Obviously, the improvement and development of technologies has opened many new doors in the gaming landscape – better graphics, better performances, better experiences. However, one big trend that has been shifting the industry for the past years is the increasing popularity of mobile games. Phones are now more powerful and capable than ever, and everyone has one. The incredible accessibility of mobile games, paired with the low financial entry barrier that free-to-play models bring, has moved them into the mainstream – it’s hard to find someone who is not playing games on their phone these days.

Of course, it’s been a challenging year for many startups – gaming must be no different, particularly with the cancellation of annual conventions. But has Kolibri Games experienced any positives during the pandemic?

Given the suffering and damage that this pandemic has caused since the beginning of the year, it’s hard to see any positives about it. However, we think it’s great to see so many businesses showing solidarity, also across industries. Shortly after the true extent of the pandemic became apparent, the first games companies already declared themselves willing to help those who are most affected. We are proud to work in an industry that recognizes its privilege and gives it back to others in times of need.

Idle Miner Tycoon and Idle Factory Tycoon have been hugely successful, with millions of downloads respectively. Can you tease what might be coming next for Kolibri?

As we have in the past, we’re working on improving our games, shipping weekly updates based on player feedback. We strongly believe that Idle Miner Tycoon still has a lot of unused potential for us to unlock. Currently, in order to unlock that potential, we are making data a much bigger part of our decision-making process. We want to become even more player-centric by using insights into player behaviour and preferences when making product decisions.

At the same time, we’re actively working on expanding our portfolio. We opened a second studio in Bucharest over the summer – the team there is working on new games within the Idle Miner Tycoon universe. In addition, we have a few smaller teams in our Berlin HQ that are busy with creating the next generation of idle mega hits.

When it comes to gaming development in particular, what tips do you have for budding entrepreneurs in this field?

Get your game out and on the market as fast as possible!

This was one of the biggest learnings from our first failure. We spent months trying to develop a game that was way too complex (and that we probably would have never finished), without even knowing if anyone out there wanted to play it. With Idle Miner Tycoon, we gave ourselves only eight weeks of development. We saw that the game had potential and kept improving it. Don’t spend your precious time on something you think people want, spend it on something you know they do!

What developments do you see forming in the gaming industry in future that players should get excited for?

Cloud gaming is a trend that I am personally excited about. Being able to run demanding games on a low-end device via a good internet connection would make gaming a lot more accessible to players who are not able to afford a 1000 Euro PC or a 600 Euro console every other year. With the first models out on the market, and global players like Google investing in and improving  technologies, it won’t be long before this way of gaming becomes the new normal.

Finally, what other games are you enjoying right now?

I’m still enjoying Call of Duty: Warzone. I’m a big fan of BR gameplay and like the balance between tactics and action that this one brought to the table.

Floraidh Clement
Floraidh is a Scottish writer and social media manager, based in Berlin and working within its vibrant startup scene. Areas of interest include travel, fashion and eco tech. She’s particularly fascinated by the human side of entrepreneurship, and how startups are adapting to the rise of of conscious consumerism.
RELATED ARTICLES
Funding