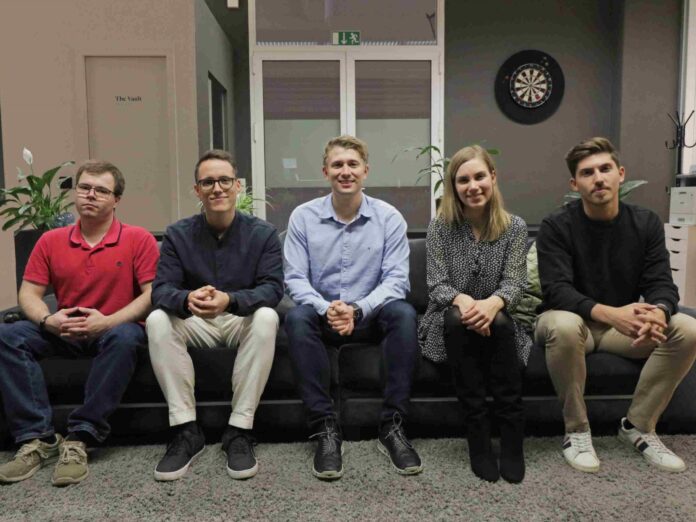 Berlin-based deeptech startup peaq has successfully completed a strategic funding round with high-profile German angel investors. The startup will invest the fresh funds of around €750K into the launch of one of the first full-scale blockchain platforms for the automotive industry.

Founded in 2017, peaq developed their blockchain hybrid technology in-house and sells their platforms to groups of megafirms according to a Software-as-a-Service model, helping their clients drastically reduce costs, create new revenue streams and automate processes while making their systems faster and more secure.

So far, the startup’s first collaborations with well-known companies from the automotive industry and beyond underline the market demand for uniform and stable blockchain solutions that can be integrated into different software ecosystems.

With this round, peaq has highlighted its ambition to become the leading company for Distributed Ledger Technology infrastructure solutions for the Internet of Things (IoT). The Angel Investors of the round were Werner Geissler (former Vice-Chairman of Procter & Gamble), Michael Ganser (former CEO for Germany of CISCO), Xavier Sarras (Partner at 4P Capital), Friedrich Neuman (Senior Advisor at Deloitte), and Steffen Seifarth (former CEO of Mäurer & Wirtz).

“I am deeply impressed by the quality of the peaq team. Their platform infrastructure works at the most critical intersection between technology and business. They are in pole position to solve complex business problems for companies in the European market and beyond. I am looking forward to being part of this exciting journey and to support this great team,” said Michael Ganser.

He’s joined by the likes of Xavier Sarras, Partner at 4P Capital who also noted that peaq could ‘prove to be a rare German tech startup success story’, while former Skype COO Michael Jackson predicted them to be of ‘a similar size and success’ as Oracle back in 2018.

The 16-member peaq team researched and developed their own blockchain infrastructure from their Berlin office over a three-year development period. Based on extensive discussions with more than twenty established companies from various industries, peaq determined what requirements and expectations companies have for a blockchain and what the weaknesses of other blockchain technologies are.  Based on this knowledge, peaq developed the novel DAGchain. peaq’s DAGchain technology solves existing blockchain problems by combining blockchain and DAG technology. It enables high performance, with high security and decentralized operation without the need for high energy consumption. Furthermore, it meets all industry standards and requirements, such as the possibility to use conventional programming languages and compliance with data protection laws.

“An advantage of our Software-as-a-Service DAGchain is that we have redesigned blockchain and the way data is structured and communicated, that’s as big and widely applicable as it sounds. After the last very intense years of research and development, we are now happy to communicate our progress. We are incredibly proud of everything we have achieved so far and the added value we have created for our customers. A big thank you goes out to our exceptional team of engineers and entrepreneurs for their unwavering commitment, support and hard work,” said Till Wendler, CEO of peaq.

A wider financing round with institutional investors is planned for the first quarter of 2021. The round will be open to a broader range of investors as the company prepares to open its platform and replicate its successes across additional industries, such as the telecommunications and compliance industries.