The new company called Hybe is aimed at disrupting the status quo of managed-service mobile programmatic and enabling mobile app developers to take control over user acquisition and retargeting through an in-house Demand-Side Platform (DSP).

Hybe.io, spearheaded by hybrid.ai’s founder and global CEO, Dmitry Cheklov, together with former solutions executive of Kayzen and product director of hybrid.ai, Vladimir Khudiakov, will also shed light on learnings and insights that mobile app developers can derive from buying programmatically. This will allow mobile app developers to further improve their programmatic buying strategies and performance in addition to saving money through a Software as a Service (SaaS) pricing model.

The Berlin-based company will be utilising the infrastructure and various APIs from its parent company, hybrid.ai, in order to effectively roll out its DSP, which would otherwise be a time-consuming process.

Commenting on the launch of hybe.io, its CEO and co-founder, Dmitry Cheklov said: “There are already some trailblazers among the savviest large and medium-sized mobile app developers of programmatic in-housing. However, to fully leverage it, this requires persistence from the perspective of campaign optimisations, hypothesis testing, long-term commitment and consistent collaboration between an app developer and its in-house DSP. The current situation for in-house DSPs is that they are too strenuous to operate, lack transparency on data points required for in-depth analysis and optimisation, and possess unwelcoming user interfaces. That’s why some of the early adopters tend to abandon programmatic in-housing after trying it once. I believe that our experience and production capacity, powered by a team of professional developers, will definitely change the positions of power.”

Vladimir Khudyakov, CEO and co-founder at hybe.io also commented: “At hybe.io, we aim to build a programmatic platform that suits not only the needs of mid- and large-sized apps but will also become a commodity for programmatic in-housing across emerging apps. As it’s mentioned before, one of the crucial points for app developers to successfully adopt programmatic in-housing is to be able to manage, analyse, and optimise their campaigns via a thought-through user interface. hybe.io features the same well-known UI from hybrid.ai’s platform, tested and acknowledged by hundreds of media buyers externally and internally but now, tailor-made for mobile use cases. Amongst them are small and mid-sized businesses, as well as large network agencies.”

Even before the official launch of hybe.io, a number of companies had already begun to use its offering. People & Screens agency – a part of Dentsu Aegis Network – consistently runs mobile ad campaigns via hybrid.ai and shared their view on the trend of programmatic in-housing.

Vu Nguyen, Traffic Buying Director at People & Screens, comments: “Nowadays, more of the app developers we work with for their performance activities started to require more granular reporting. This helps them to get actionable insights for better understanding of which user groups drive the highest value for them in terms of ROAS. This valuable data can be applied for their future campaigns. Overall, we see that the programmatic industry is moving towards higher transparency and think that in-housing platforms like hybe.io will help app developers resolve this problem.” 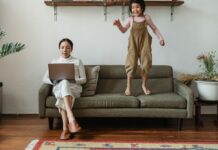 Berlin-based Bryter, a no-coding toolbox, secures €14.1 million to expand in the US 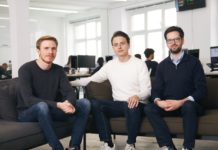 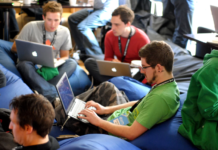 Techie Paradise: How to attract technological talent to your company