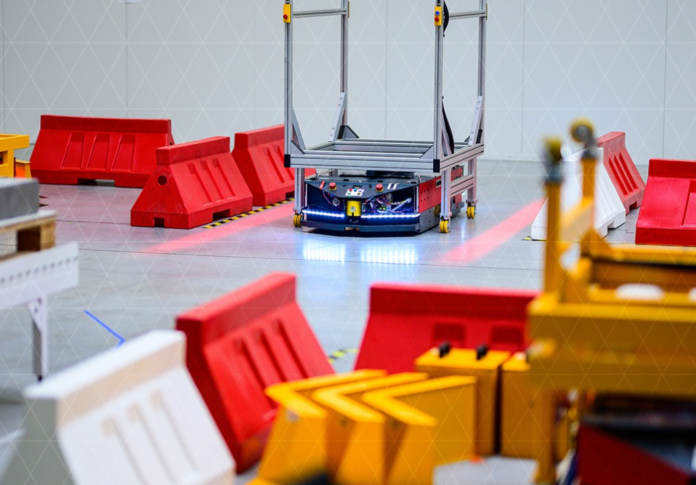 “Such an experienced group of investors proves that the potential and the achievements of VersaBox are appreciated outside of the industry as well. In particular, it is important that, in addition to capital for development, we have expanded our group of partners with real experience in scaling business on international markets,” commented Jacek Królik, VersaBox’s CEO.

Since 2017, VersaBox has been a robot manufacturer and a supplier of digital solutions for logistics. Overall Versabox deals with internal logistics, i.e. transport of goods and products within companies, production facilities, or warehouses. The startup has built its own fully autonomous system for mobile robots, which allow quick and efficient transport of goods to and from the warehouse and between manufacturing cells. VersaBox solutions have already been implemented in Polish and foreign industrial plants, including the automotive industry. Their current partners include such companies as Faurecia, Lubella, HUF, and Autoliv.

VersaBox is the result of the work of graduates from Warsaw University of Technology and managers from the Polish IT scene, specifically advanced IT solutions for enterprises. It has attracted the attention of investors from the very beginning. Michał Olszewski, co-founder and partner at Movens VC commented: “We have observed the development of VersaBox in recent years. Now, we are actively involved in the company, as we have seen its readiness and appetite for foreign expansion. Our experience in international scaling, as well as that of other investors, combined with the large amount of funds VersaBox received as part of this investment round, provide the foundations for the implementation of this plan”.

“This is an example of a company that showed potential for rapid scaling from the very beginning,” added Krzysztof Domarecki, founder of Fidiasz EVC and the first VC investor in VersaBox. “This is particularly evident now that the Industry 4.0 is already becoming reality, and the benefits of the robotisation process are crucial for the further development of most industries.”

According to an analysis by the International Federation of Robotics (IFR), Europe is already the region with the highest density of robots with an average of 114 units per 10,000 employees in the manufacturing industry. The IFR forecasts a further and dynamic development of this market. Between 2020 and 2022, nearly 2 million new industrial robots are to be installed in factories around the world. VersaBox aims to be an important supplier of comprehensive, end-to-end solutions on this market.