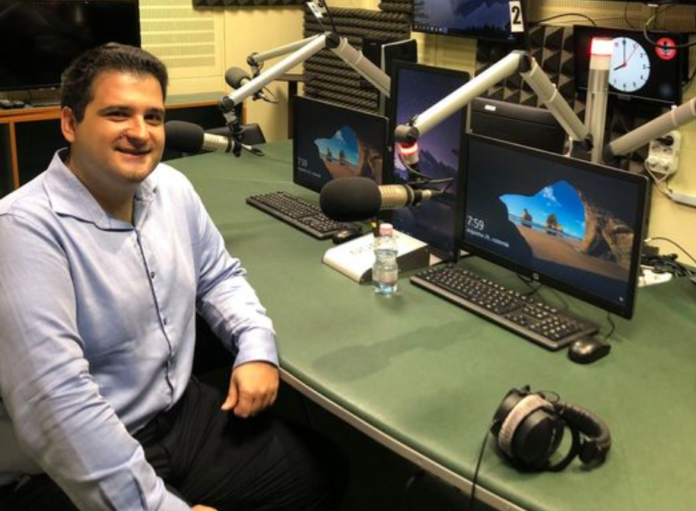 Imagine a world without traffic accidents. That is the vision that Commsignia and its ambitious team aspire to turn into reality.

Founded in 2012, Commsignia aims to establish a safer environment on the roads with the help of its Vehicle-to-Everything (V2X) technology. The fundamental concept of this technology is to create a Cooperative Intelligent Transport System (C-ITS) by using remote sensor data from other vehicles, infrastructure cameras, and other sources to allow cars to see beyond their line of sight. ‘Vehicles-with-Vehicles’ and ‘Smart Cities-with-Vehicles’ technology can communicate with each other by sharing information at all times through a software that overlays all the data on top of each other, creating a holistic representation of what’s happening around the vehicle or intersection. All this results in a system in which road transport is safer, more efficient and more sustainable.

Today, Commsignia is a global market leader in V2X solutions, with operations in the EU, US and South Korea. It is one of the most exciting and successful startups that has grown out of Hungary and at the same time, a business we have heard the least about in the local ecosystem. The company was formed by three researchers based in Budapest and has grown to a team of 70 over the past 8 years.

I reached out to the co-founder and CEO József Kovács and asked him for an interview. They have raised over €11 million in total to date, with the latest round featured on EU-Startups last summer.

Hi József, thanks for joining us. Can you tell us about your story? How did you start?

While undertaking theoretical research at the Hungarian Academy of Science with my co-founders, András Takács and László Virág, we saw that there was major interest from certain industries in real-time data sharing. This type of information sharing, which is not centralized, but moving directly from point A to point B, was a whole new field at the time. Several other car manufacturers and even some cities were interested in trying out how they can improve their solutions, driving experience and traffic based on the technology that we now call V2X.

So, with this vision in our mind, to develop a system which helps expand your perception of the world, we quit our jobs as researchers and launched the company in 2012 with our own budget. Our goal was simple, to create a prototype, a hardware and software, to make sure that we can sell it to various industry players. We received a pre-seed investment from a Hungarian accelerator called Traction Tribe, which allowed us to fund some of the development costs in the early days.

After the initial first steps, we took product development validation in a more generalised direction, to create a product that could be applicable on a global scale. We started to focus on the core software components that allow one car to talk to another.

What were the most important steps of the journey so far?

Well, I think we’re a bit unique in this situation because we’re not part of the startup ecosystem and that’s because our product is nowhere near similar to what others are doing in the market. We need to do everything from scratch and see how it fits. One of the biggest learning curve was to realise that the technology perspective you need to transition yourself into an ecosystem and a customer-centered provider. It’s not about how good your technology is, but rather about customer perception of your product, and overall customer experience.

The second takeaway is the importance of running a company efficiently. If you’re growing and hiring 5 people in a given month, you need to learn how you can exist in an environment that is constantly changing. You need to adapt; you need to hire people that love this kind of environment but at the same time you must not reduce the quality of your product or take focus away from the customer.

Are you producing your own hardware as well or are you focusing only on software?

When it comes to cars we focus on the software. When it comes to smart cities, we have full-blown solutions, which means the city can buy a box – a physical box – which already includes the software, the configuration and everything. It is like an end-to-end solution, which requires no integration time from the city’s perspective.

This is actually one of the largest deployments we did in the city of Las Vegas. We have equipped more than 130 intersections with our V2X technology, and they’re broadcasting key traffic information to everybody who can listen to it. We plan to expand it to the number of pedestrians on the sidewalk or the exact number of them crossing the street. This makes the whole self driving car experience safer; we expect that in the future there will be no accidents because the information is pure.

How has COVID been affecting your business, and your everyday life?

There are some delays in deployments and projects that we’re managing. We actually needed to adjust our budget and growth rate to match that, to make sure that the investment can sustain us. However, we see that activities are not stopping.

Its impact on us was quite interesting because we just moved into our brand new office that we’d been building for at least 6 months and it was perfect. We moved in just before Christmas and in March we had to stand in front of the crowd and say “OK, on Monday nobody will be allowed to come back into the office, just the essential employees” and it was kind of a blow to everybody because we loved the office community that we had fostered. Luckily enough, because we’re working with automotive customers, we needed to have processes in place, ready for project execution, for development and everything. Everything is process oriented, and documented online, so we didn’t suffer that much.

What milestones have you had in fundraising, if I may ask?

Our seed round in 2016 was raised from CEE based investors, led by Day One Capital and Credo Ventures, and there were a few other angels that also joined. For our subsequent fundraising we had hoped to raise capital from international VCs combined with a few corporate VCs. We saw that this is a niche technology, the market is not that easy, and it’s heavily influenced by the customer itself. So, we wanted to have the corporates in place to actually improve our chances for future strategic engagements.

In the end, our last round was led by Karma Ventures and the Samsung Catalyst Fund, and other strategists and venture capital companies joined mostly from Europe. We have raised €11 million (13 million) so far. The latest round will help stabilise and make the already existing part of our business cash flow positive, while allowing us to export future R&D directions. Based on that, we can still build new products and tackle new market segments as well.

Are there any competitors out there with your services and products or are you pretty unique with this approach that you’ve just explained?

There are but most of them are similarly sized startups that were founded in the last decade or so. There are obviously differences in terms of what software elements they are pushing. For example, we focus more on security whereas others are purchasing third party security solutions.

We maintain our own security layer in the software; we think of this as key, because if everybody starts sharing data, you need to make sure you’re securing it.

Where are you today? And what is your long term vision?

We’re working on equipping cars, cities and traffic with connectivity. So, we’re in the building phase of what this cognitive technology will become in the future. We have realistic expectations about the market, but we also have high hopes that our products will be dominating at least the platforms that will create this ecosystem.

As for the future, we also think that for startups similar to us, mostly the end goal or the end result is acquisition. It’s still early for us to make bold statements about where and when and who. We see that this market and this technology is just in an early stage, and we want to explore a bit more how much further we can take it as a team.

“Europe and the UK are leading the world in the fight against climate change”: Interview with Ellen Moeller from Watershed