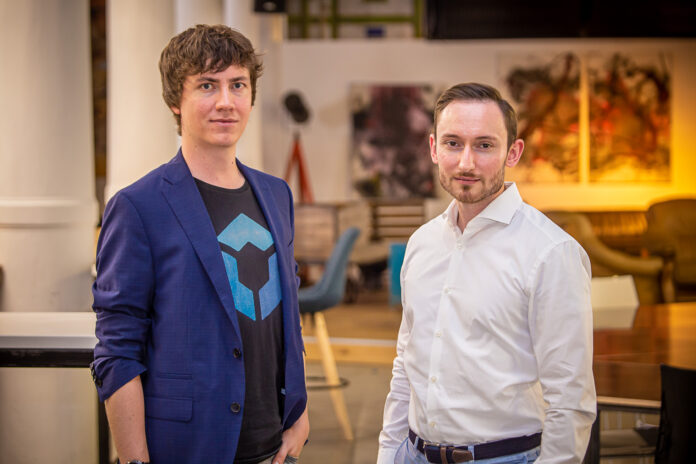 Today Blockpit, the Austrian compliance expert and software developer who was once a finalist at the EU-Startups Pitch Competition, has announced the acquisition of its German competitor CryptoTax. Both companies were founded in 2017, and provide legally compliant transaction reporting, which can be used to calculate and report taxable profits from trading with crypto currencies and digital assets.

With this acquisition, Blockpit wants to profit from economies of scope and ensure its international competitiveness. “Although Blockpit and CryptoTax are active in the same market segment, they have different focuses and strengths. We took a close look at the company structures and recognized a very huge synergy potential, especially in the combination of technology and the extended country coverage”, said Florian Wimmer, founder and CEO of Blockpit GmbH.

“The medium-term goal is to combine both companies to a renowned global player as well as an intensive expansion into the US market”, added Klaus Himmer, co-founder and managing director of CryptoTax. To meet these expansion plans, the teams of both Blockpit and CryptoTax will remain in place in Linz and Munich respectively. The acquisition will not change anything for existing customers of both companies for the time being. Previous functions and price models will remain the same and the transition to a common platform should take place smoothly in the background. Over the next few months, the CryptoTax frontend will be redesigned and adapted to the Blockpit interface, and new functions will be added as well.

Blockpit and CryptoTax are currently the only providers whose tax-optimizing calculation methods and reports are specifically audited per country by one of the Big Four accounting firms. According to Blockpit, the strong focus on the user-friendliness of the software as well as the increasing acceptance of the legally audited reports by the authorities is expected to lead to success in the international market. In addition to the current coverage of the US, Germany, Austria and Switzerland, the offer of reporting for digital asset trading is to be expanded in 2021 to new markets such as the United Kingdom, Canada, Australia, South Korea and other EU countries. It is, however, already possible to use the software to generate a standardized global report on all transactions that have taken place, which can be submitted to the respective tax authorities.

The expanded product range resulting from the acquisition is another major step towards a holistic RegTech for digital assets. A Capital Gains Tool, developed by CryptoTax, offers tax reporting for traditional securities as well, while Blockpit, through the development of a Know-Your-Transaction (KYT) Tool, has set its sights on anti-money laundering services and risk profiling of digital assets in addition to tax returns. With the extended product range, the company is preparing for the upcoming introduction of a new Markets in Crypto-Assets Regulation (MiCAR). “By implementing the functions, we are also prepared for the coming EU-wide regulation, as MiCAR plans to classify crypto currencies, digital assets and also stablecoins as regular financial instruments before the end of this year”, Wimmer enthuses.

With the acquisition of CryptoTax and the formation of a leading provider for legally compliant transaction reporting, Blockpit once again demonstrates its pioneering spirit. Only last year, the company garnered attention by issuing the first security token under Austrian law. The so-called “TAX Token” of Blockpit guarantees a revenue share in the form of a profit participation right securitized on the blockchain, which brought Blockpit more than €2.5 million in fresh capital.

The company also provides a free crypto tax guide for download and recommends all taxpayers to document all income from digital asset trading transparently and clearly. The 50-page complimentary PDF deals with the tax treatment of digital asset trading in Austria, Germany and Switzerland and serves as a first point of contact for interested and affected people. “Many private investors as well as companies and large traders still assume that the taxation of profits from crypto trades is a grey area or are uncertain about the current legal situation; however, the regulations here are clearly specified by the finance and we recommend a complete documentation of all trades for the later proof of origin. These proofs can and will be demanded by the tax offices”, concluded Florian Wimmer.