To many of us in Europe, the idea of insect farming might sound a little left field. In our daily lives, most insects are tolerated at best – and there’s little more to it. But it might be high time to rethink the role of insects.

The coronavirus pandemic, alongside global food security issues and climate change, has made the need to identify sustainable sources of protein even more pressing than ever. Could insect farming be the answer – and which European startups are already seizing the opportunity to innovate in this area?

Let’s break down what insect farming actually involves. More common in Asia and South America, insect farming includes all processes involved with producing commodities from bugs, including raising and breeding them. They can be farmed for what they produce, but can also be used themselves as food, feed, or even dye. They are treated as livestock, although kept in much larger quantities than on a typical farm.

But why the interest in insect farming? One of the greatest benefits is sustainability. The Food and Agriculture Organisation of the United Nations has even advocated insects as a major sustainable food source for the future, since the environmental impact of consuming insects is significantly less than traditional meat products. They also require little food and water to be kept alive.

Insect farming also comes with great socio-economic benefits for people on poorer regions of the planet. They can be gathered in the wild, cultivated and processed in both urban and rural areas, which can provide income through the selling. Plus, insects are a highly nutritious food source, packed with healthy fats, protein, vitamin, fibre and mineral content – practically a full balanced diet for humans!

With the range of benefits to both society and the planet itself, it’s little wonder that European startups are already finding ways (and raising some serious cash) to innovate in this new field. 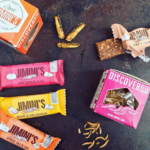 Edible insect startups are leading the pack in France, with Jimini’s continuing to expand its product offering of ready-to-eat insect recipes, including a brand new energy bar range based on cricket flour. Founded in 2012, the startup even sells insect-infused pasta, as well as flavoured meal worms, grasshoppers and crickets to snack on. Their mission? To step by step introduce this new sustainable and healthy source of nutrients into our diet. 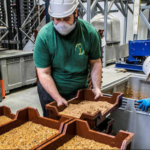 Another fast-growing French startup, Paris-based Ÿnsect, was founded in 2011. Last year they raised over €100 million as well as backing of €20 million from the EU to become a world leader in insect-based protein production for animal and fish feed, presenting a more sustainable alternative to the likes of soy.

Antoine Hubert, Ÿnsect’s CEO explained recently: “By offering an insect protein alternative to traditional animal and fish-based feed sources, Ÿnsect can help offset the growing competition for ocean fish stock required to feed two billion more people by 2050, while alleviating fish, water and soil depletion, as well as agriculture’s staggering 25% share of global greenhouse gas emissions. Our goal is simply to give insects back their natural place in the food chain.” 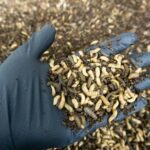 German startup FarmInsect has a similar mission, aiming to revolutionize animal agriculture with insects, having enjoyed a six-figure seed funding round as recently as June 2019. Founded in 2019, this agritech startup from Munich is working on a solution for farmers to produce insect larvae from regional residues. “Every year, billions of tons of food and crop residues are discarded in the EU. We want to tap this potential,” explained FarmInsect founder Thomas Kühn. 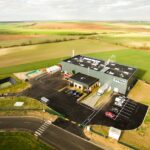 Another French player is Innovafeed, a pioneering scaleup producing proteins for animal feed and aquaculture founded in 2016. Innovafeed has so far raised over €55 million in four rounds, with the last being in 2018. The team focuses on animal nutrition, as that’s where they see the largest demand and environmental impact. However, they also see a case for human consumption.

In our recent interview with Aude Guo, co-founder of Innovafeed, told us: “We have no doubt insects will play an important role in tomorrow’s foodchain, including direct human consumption. Insects are a great source of nutriments and energy that we believe will be leveraged for tomorrow’s human nutrition to allow more sustainable eating habits. Insects for human food is actually already culturally adopted in some part of the world, and we can see a clear evolution towards insect in occidental countries as well, with the emergence of new types of insect-based snacks, either using the insect wholly or as an ingredient to the recipe under its protein-powder or oil format”.

Overall, the evidence suggests that these startups are right to begin exploring the alternatives – even if insect farming is not (literally) to everyone’s taste. While it may not be the norm right now, the climate emergency means getting over the “ick” factor” and embracing new and alternative food sources. After all, a carnivorous diet is still the norm in Europe – and what really makes eating a pig any different to an insect, other than our Western “norms”?

With the help of these startups, it looks like insect farming might finally have a chance to break into the mainstream and find a new place in our production systems – and maybe even on our plates. 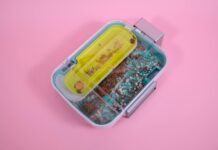 “Insects will play an important role in tomorrow’s food chain”: Interview with Aude... 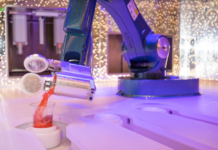