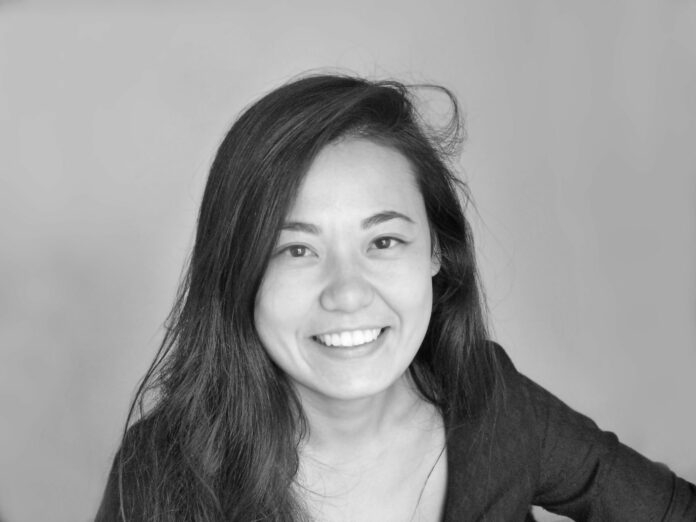 The need to identify alternative, sustainable sources of protein in animal feed was recognised by both the European Union and the United Nations as a vital topic some years ago. Covid-19 together with the global food security issues and climate change have made the matter an urgency.

Today, more than 33% of global arable land is used to produce feed for livestock production. Replacing plant-based protein with insect protein will enable agricultural land currently used to produce feed crops, to instead be used for growing food for human consumption. In this context, the concept of using insects as a sustainable, alternative source of protein in animal feed has gained considerable traction in recent years. Legislative support for the use of insect protein in aquaculture in 2017 led to a 40% increase in investments in the industry in 2018. In Europe, aquaculture accounts for about 20% of fish production and directly employs some 70,000 people. The sector is mainly composed of small business or micro-enterprises in coastal and rural areas.

One of the handful of European exceptions is Innovafeed, a pioneering scaleup producing proteins for animal feed and aquaculture founded in 2016 by Aude Guo, Bastien Oggeri, Clement Ray and Guillaume Gras, in Northern France. The company has received €56.8 million in funding so far including a grant issued by the EU’s Horizon 2020 scheme for small and medium-sized businesses. We sat down with Aude Guo to better understand her story as a female founder, the role startups like Innovafeed play in this complex scenario, and the food challenges we all face today.

Many thanks for joining us. Let’s start with a warm up question. What first got you into entrepreneurship?

I was working at McKinsey in 2015 when I started discussing with a colleague about the future of the food system. We believed that finding new ways to sustainably produce protein would be the major challenge of our generation and I found a lot of sense and meaning in this. I met the rest of what would become the co-founding team shortly afterwards and after a few discussions we found ourselves very aligned on what we wanted to achieve and the values and work ethics we wanted to embedded within the company. It was the right moment in my life to dedicate my energy into something which made so much sense and I went for it.

How has your experience been of being a female founder?

I think I am lucky and that it would have been harder if I hadn’t been part of a team to begin with. My associates and then the team we built never made me feel “female” and we have always dealt with our major external partners as a team, and are seen as such. I do get once a while biased behaviour from some of the people I meet (e.g. people assuming that it’s the male colleague in the room who is in charge and talking only to him), but there again the team would always find a natural and often humorous way to correct it. I think the hard part for everyone is that there aren’t many female co-founders, even more so among industrial projects and people don’t know what to expect from them, particularly when they have lived with biases for a long time without having the opportunity to be challenged.

Tell us more about InnovaFeed. How did you and your co-founders come up with the idea?

We realized that new models were needed to meet tomorrow’s food system challenges: its sustainability, the protection of biodiversity and food security. InnovaFeed was created in 2016 to provide answers and solutions to these challenges. InnovaFeed contributes to the construction of a sustainable food system by developing a pioneering and innovative industry: the breeding and processing of insects (Hermetia Illucens) for the production of proteins and lipids intended for animal feed. Our mission is to have a strong environmental impact by offering ecological food alternatives based on insects and inspired by the natural diet of animals, while generating local economic dynamics based on a circular economy.

InnovaFeed was founded in 2016. How have your objectives and goals changed since has the company grown?

From the very beginning, InnovaFeed structured its development in several and paralleled macro-phases, allowing our ambition to evolve quickly along our growth since our creation in 2016. Our first objective back in 2016 was of course to develop our technology and validate the main biotechnological characteristics of the Hermetia Illucens fly. Less than a year after, we wanted to validate our model with an effective production and commercialization. This involved the construction of a pilot unit on the Gouzeaucourt site (Northern France), chosen for its location at the heart of a network of different suppliers of raw materials. Very quickly, our ambition was to scale-up our model at an industrial level, with the construction of our production site in Nesle (Northern France), the largest insect production facility in the world – soon to be opening. Our goal is now to operate an industrial deployment to 4/5 other sites in France and abroad, replicating the industrialization of Nesle on different sites.

What is unique about feed based on insect protein?

InnovaFeed has developed an unique and innovative model of insect farming at industrial scale for animal feed. This model is based on a circular and zero-waste logic: co-locating our production site with existing agro-industries makes it possible to recycle agricultural co-products and energy necessary to feed and raise our larvae, and therefore ultimately to feed farm animals while minimizing our environmental impact. This unique industrial symbiosis model saves 57,000 T of CO2 per year.

As you mentioned, you’re based in Northern France. What is your opinion on the environment for creating a biotech company there?

We are based in the North of France, where the environment proved to be very supportive developing our unique technology and industrial model. Indeed, the Hauts-de-France region’s local government was of particular support for InnovaFeed. They first helped us with the selection of our production sites, at Gouzeaucourt and Nesle, both at the heart of the largest deposit of agro-industrial co-products in Europe. Then they supported our industrial project investment financially through repayable advances. More operationally, we developed with them the most environmentally efficient model through two energy optimization programs.

You’ve received €56.8 million in funding so far including a grant issued by the EU’s Horizon 2020 scheme for small and medium-sized businesses and are now one of Europe’s largest insect-based protein producers. How did Covid-19 affect the company and your expansion plans?

Regarding the production at our site in Gouzeaucourt, we were able to maintain production level while implementing the required sanitary measures. The Covid-19 crisis induced a 2 months delay for the opening of our

The Nesle production site is currently being finalized. The inauguration, which was scheduled in April, had to be postponed due to current sanitary conditions. Finally, our expansion plan and ambitions remain the same, as illustrated by our recruitment plan that remains unchanged.

What is in your opinion the future of food? Did Covid-19 change the way we eat?

Food systems will face numerous challenges in coming years, such as traceability made all the more difficult as global complexity increases, environmental impact of food systems or alimentary dependence. The health crisis we are going through strongly reminded us of our need for food independence, a strategic topic, as well as for complete security along the food value chain to ensure the customer gets safe products. The future of food will undoubtedly focus on providing resilient and sustainable food systems, combining both environmental positive impact with security for the consumer.

The need to identify sustainable sources of protein in animal feed is recognized by both the European Union and the United Nations as a matter of critical importance. What role does InnovaFeed play in this scenario?

Indeed, protein independence is a key challenge for decades to come as the global population increases and eating habits changes in developing countries. Europe currently imports 70% of its protein. Along with several European countries, France has already affirmed its ambition to establish itself as a world leader in the production of proteins to ensure its independence, as confirmed by President E. Macron in August 2019. The large-scale development of the “insect” sector in which InnovaFeed participates is fully in line with this strategy. By upcycling low value industrial coproducts and producing local insect-based alternatives to fishmeal, InnovaFeed participates in the development of a more circular, more resilient and more sustainable food system.

What do you see for the future of humans eating insect-based proteins? And will InnovaFeed be involved?

We have no doubt insects will play an important role in tomorrow’s foodchain, including direct human consumption. Insects are a great source of nutriments and energy that we believe will be leveraged for tomorrow’s human nutrition to allow more sustainable eating habits. Insects for human food is actually already culturally adopted in some part of the world, and we can see a clear evolution towards insect in occidental countries as well, with the emergence of new types of insect-based snacks, either using the insect wholly or as an ingredient to the recipe under its protein-powder or oil format.

As for InnovaFeed, we believe our mission will be focused on animal nutrition for the time being, where demands are huge and so the positive environmental impact the biggest. That being said, our technology and know-how can already provide for high quality and highly nutritional ingredients for food and we will be ready the day the world will be ready to eat more insects.

If you want to learn more about the future of food and Europe’s entrepreneurs and startups who are leading the way, have a look at our recent article on Foodtech of the future post-COVID: Robot bartenders, insects and cannabis drinks.

Impact-driven startups can be a goldmine for investors. Here’s how and why