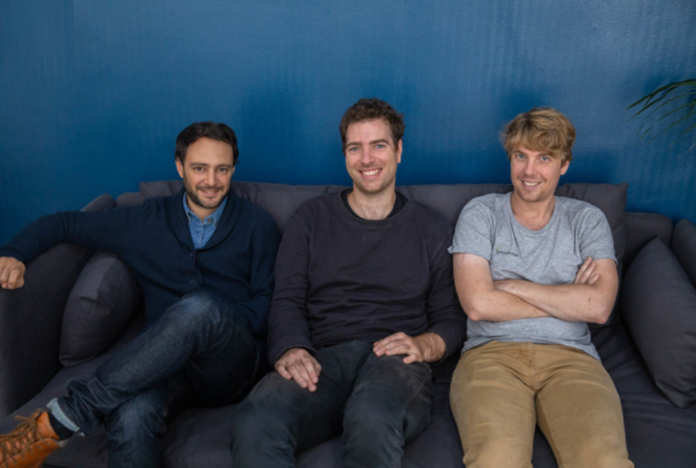 The fresh capital will enable Sorare to significantly scale up its team, as demand for their football gaming cards is booming thanks to a heavily growing user base. The young company also plans to finalize licensing partnerships with five leagues and 150 clubs by year-end.

Football collectors have been able to collect and trade player cards in the physical world for decades. Sorare’s fantasy football game is built with a new class of collectibles: officially-licensed digital player cards. The team’s vision is to become the go-to game to increase the enjoyment of live football. They are making it happen by enabling users to play fantasy football with skin in the game, as they can truly own and trade their digital player cards.

The French startup has built an online marketplace where users can freely buy and sell scarce digital collectibles representing football players ranked based on their performances in real matches. The Ethereum blockchain is used to establish who owns the digital card at any given time and secures the cards’ digital scarcity. It creates a new level of trust and freedom for gamers.

More than 70 football clubs from Europe, the United States, and Asia have already partnered with Sorare to issue officially licensed cards so that football fans can collect and play with their favorite players, amongst them Juventus, Atletico, and Olympique Lyonnais. Building a presence in Sorare offers those clubs exposure to a global audience and a new revenue stream.

The company was founded in 2018 and the game was launched in 2019. The two founders Nicolas Julia and Adrien Montfort saw the potential of blockchain technology to create a new category in the sports gaming industry. Today, the Sorare team says they are already profitable, and have sold over $1 million worth of cards across 50 countries in just over 12 months.

Sorare secured €500K of initial seed funding in May of 2019. And a few months after we mentioned Sorare as one of 10 video games startups to look out for in 2019, Sorare signed an agreement with football giants Atlético Madrid, Valencia CF and Schalke 04. Since then, the young company has been continuously increasing its community within the wider field of mainstream football fans and collectors. The trading platform has multiplied by 10x its volume from $30,000 in December 2019 to $350,000 in June 2020.

Nicolas Julia, CEO at Sorare, explained: “People are buying $370 billion of collectibles per year. Sorare’s mission is to make fantasy football global and rewarding with a new kind of collectibles: digital football cards. We are creating the easiest way for football fans to leverage their football knowledge and play with skin in the game. We are delighted to be backed by an incredible syndicate of investors who will help us drive the adoption of fantasy football forward.”

Christian Miele, Partner at e.ventures, commented: “We are incredibly excited to be backing Sorare on its way to becoming the dominant global fantasy football game. Rarely have we come across a team that achieved so much in such a small amount of time, be it around delivering a flawless gaming engine, partnering with over 70+ clubs in less than 12 months. We are certain of the opportunity that blockchain applications bring with them, in terms of assigning clear ownership of digital assets. This relatively new development within the wider tech space in combination with a strong fantasy gaming engine has tremendous potential and we are very proud to have the chance of supporting the team in making their ambitious vision a reality.”