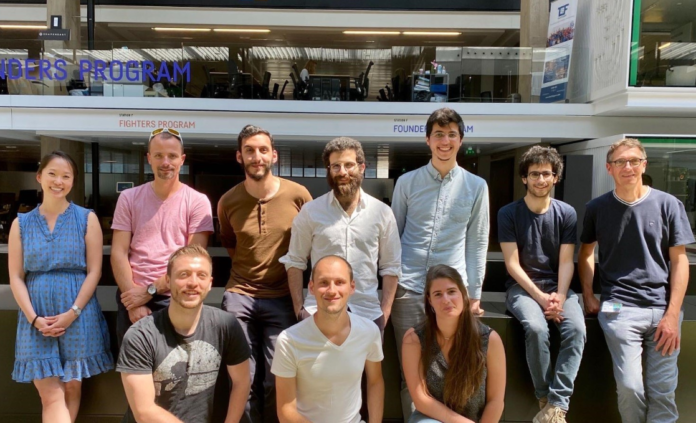 Ponicode, a French startup specialising in Artificial Intelligence and data sciences founded in June 2019, today announced a €3 million fundraising led by Breega alongside Kima and Plug & Play Ventures, one of the most active investment funds in Silicon Valley, together with around twenty Business Angels. This fundraising comes in addition to Ponicode’s €1 million loan from Bpifrance.

Ponicode has developed a platform based on AI and machine learning that tests the various functions of computer programmes, thus relieving developers of tedious, time-consuming tasks. The platform has learned from millions of lines of code, allowing it to generate unit tests and suggest improvements so that developers can deliver error-free code. Ponicode therefore improves product quality, speeds up time-to-market and helps drive company innovation.

In the year since its inception, Ponicode has already achieved several major milestones, such as the June 2020 launch of the public beta version of its solution and, in May 2020, its inclusion in Microsoft’s AI Factory programme, based at Station F, one of the aims of which is to train European AI champions.

Ponicode’s team currently counts 11 multi-cultural and passionate members, all set to pave the way to a new era in coding. Meanwhile, its community early adopters has already tested the private beta version and is quite enthusiastic and looking forward to working with the final product.

This seed funding will enable Ponicode to beef up its R&D team and continue developing its product to ensure it is tailored as finely as possible to company needs. The aim is to double its team size in the space of a year, begin marketing the solution to companies and launch an international roll-out, notably targeting the US.

Ponicode is the third company set up by AI expert Patrick Joubert. In 2011, he founded the consulting company Beamap, which specialised in Cloud technology and was subsequently bought out by Sopra Steria in 2014. He went on to create Recast.AI in 2015, a collaborative conversational AI platform open to developers creating chatbots, acquired by SAP in 2018.

Ponicode’s co-founder and CEO, Patrick Joubert stated: “Code quality has become a key issue for companies in a world where digital has transformed every aspect of society. At the heart of the digital universe stands software developed from millions of lines of code. For instance, smartphones contain just as many software programmes as a car, i.e. around 100 million lines of code. And yet, far too often, such programmes still contain bugs, sometimes with disastrous consequences. This is unacceptable and code needs to make the transition to impeccable quality. We want to raise standards and play a major role in changing development practices.”