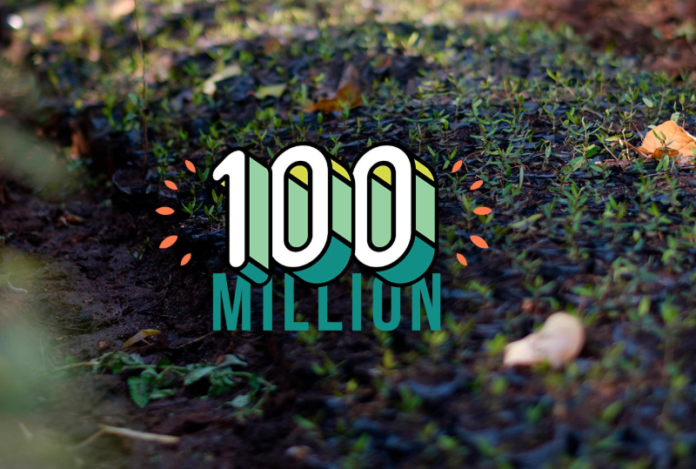 Ecosia, the green search engine that uses its advertising revenues to plant trees in areas affected by deforestation, today planted the 100th million tree in its campaign to restore devastated forests and woodlands across the world.

Founded in 2009 and headquartered in Berlin, Ecosia’s tree planting mission is entirely supported by the advertising revenue generated from searches conducted by its 15 million users globally – including around 1.5 million across the UK. As knowledge of the climate crisis has risen in recent years, Ecosia’s popularity has also climbed – usership of the search engine in the UK increased by over 140% in 2019.

The green search engine is also seeing rapid growth among a younger audience. According to a recent straw poll Ecosia carried out of over 11,000 users, more than 80% of those respondents were under the age of 29. With its strong privacy policy, Ecosia does not track user data, but the survey indicates that over 1.2 million young people across the UK could be potential active users of the tree planting search engine.

Ecosia reached its 100 millionth tree today, just two years after the company hit the 30 million trees planted milestone. Collectively, the trees will remove up to 30 million tonnes of CO2 from the atmosphere when fully grown, and Ecosia’s 100 million trees sequester 1771 tonnes of CO2 each day. The mission-driven company has restored approximately 35 thousand hectares of woodland and helped to protect biodiversity and natural beauty across all 6 inhabited continents.

However, the collapse of online advertising revenues due to the COVID-19 health crisis is hampering Ecosia’s ability to plant trees. Ecosia’s revenues in May were over € 1 million lower than in February, at the start of the crisis. Despite that, Ecosia has continued to grow its global user-base, with 25% more users in June 2020 compared to June 2019. The search engine even saw record search volumes in the last week of April, at the height of the lockdown, up by 73% year-on-year.

Christian Kroll, the CEO of Ecosia who we interviewed earlier this year, commented: “The climate crisis is the biggest existential threat that humanity has ever faced and we have very little time left to prevent a global catastrophe. Our efforts to protect biodiversity have never been more critical, and this milestone of 100 million trees is an important step in the right direction. Most importantly, our trees are not only good for the climate but have also helped tens of thousands of people to build a better future for themselves and their communities. I am really proud of what we have achieved so far, thanks to our passionate users. But we can’t stop here! I hope more people will now make the switch to Ecosia and help us plant billions more trees.”

Today Ecosia finances at least one tree every 0.8 seconds across over 7,000 planting sites around the world. The company has its own solar energy plants in Germany, helping to ensure that all of Ecosia’s activities are carbon negative. On July 7th this year, Ecosia will reach the ‘200% renewable’ energy level, where the firm produces twice as much solar energy as its search engine consumes.