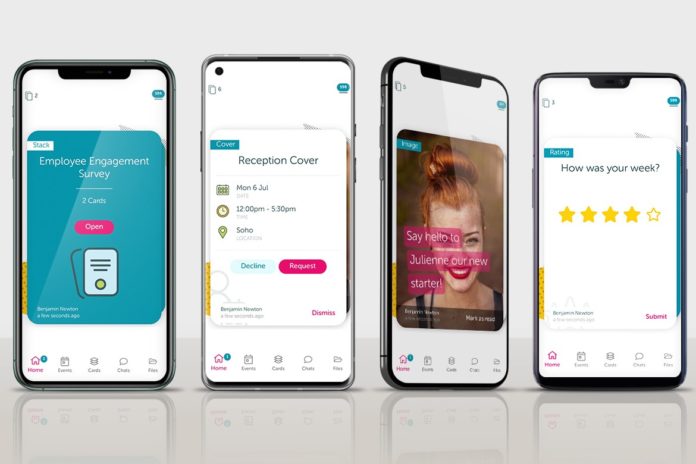 Today British HRtech startup OurPeople, a team communication and engagement platform, has received around €1.7 million in Series A funding, taking its total amount raised to €2.6 million.

During the global COVID-19 pandemic OurPeople has seen record usage of its platform with more businesses than ever using it to communicate critical information to colleagues. At the start of the crisis, OurPeople launched OurPeople NOW, a free version of its software specifically for the British health service (the NHS), which is currently in use at local authority and NHS-funded residential care provider Sirona Care and Health.

The two lead investors in this round are Alpine Meridian, an investment firm that specialises in digital media, e-commerce and healthcare, and entrepreneur Robert Neveu, who also joins OurPeople as Managing Partner.

Ross McCaw, CEO and founder, said: “I used to work in the fitness industry, where everyday I could see there was an issue around communications with remote workforces, which stretched across many different sectors with desk-less workers. We know that an engaged and informed employee is essential, regardless where they are based. To address this disconnect, we built a powerful yet simple to use tool that allows employers to engage and communicate securely with their targeted workforce.”

Robert Neveu said: “Before this crisis there was already a desperate need for a tool allowing managers to communicate directly with their remote team members. What Ross and the entire OurPeople team has developed is a fantastic platform to help business owners stay connected to, and engaged with, their employees. The recent pandemic has amplified the requirement to get critical, up-to-the-minute information to people who may not have access to standard communication platforms during their daily work, as well as underlined the crucial role OurPeople has in addressing that concern.”