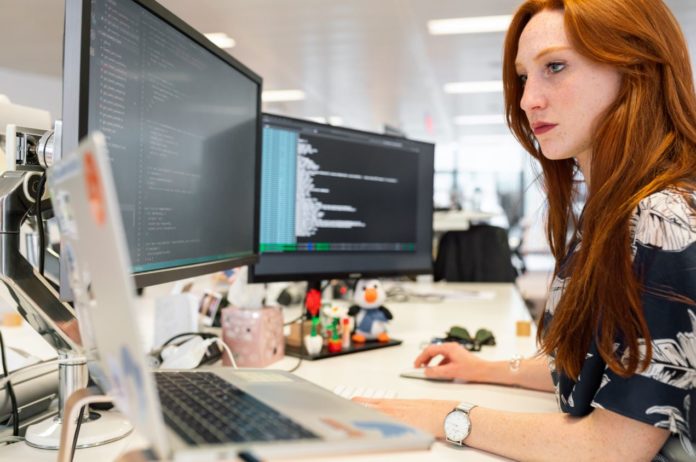 2020 is not cancelled as some claim. It has metamorphosed into the year of human rights and issues such as equality and diversity are being raised globally. Among the hard talks we need to have and issues to handle there is also the role of women in tech. This article goes beyond the role of women in positions of leadership and focuses on women in technical roles such as computer programmers: aka coders.

The unknown history of coding

Let’s begin our journey by taking a trip to 1843 to meet the first person to be what we today call a coder. The first coder was actually a woman. Her name was Ada Lovelace. She was a British mathematician who wrote what is often regarded as the first computer programme in history. Many years after, when digital computers became a practical reality in the 1940s, women were pioneers in writing software. During the Second World War, women operated some of the first computational machines used for code-breaking at Bletchley Park in the UK. They were given this opportunity not only because men were at war, but because at the time the hardware designers believed that programming was a non-technical job. This type of work became known as coding because ”it was thought to be more transcription or translation, rather than the creation of original content”, as Margaret O’Mara simply puts it in “The Code”. After the war, as coding jobs spread from the military into the private sector, women remained in the coding vanguard.

The fall from glory

If we want to pinpoint the moment when the number of women in coding began to drop, we can look at one year: 1984. From 1984 onward, the percentage dropped and by 2010 it had been cut in half. One reason for this decline has to do with a change in how and when kids learned to programme. For example, boys were more than twice as likely to have been given a computer as a gift by their parents. The advent of personal computers in the late ’70s and early ’80s remade the pool of students who pursued computer-science degrees at the university. When computer-science programmes began to expand again in the mid-’90s, coding culture was set. Most students were men.

Nowadays women hold about 20% of the jobs in tech and less than 18% are studying computer science. From a European Union research Survey at Schools, ITC in Education from March 2019 we find that students rarely engage in coding/programming activities at the European level. In fact, 76% of upper secondary school students never or almost never engage in coding or programming at school. And on average more than 4 out of 5 female European students attending secondary schools never or almost never engage in coding school. Other studies show we are experiencing a talent shortage as the education system is slow to react to new demands. In Europe, we have up to 825,000 ICT job vacancies in 2020.

While this might seem a quite complex problem to handle, these ten academies and startups think differently. As the story shows, they have a major gap to fill but, by the looks of it, they are on the right path to driving positive change.

Girls Code Fun – Established in 2015 in Warsaw, Poland by Karolina Cikowska and Zuzanna Kobrzynski, Girls Code Fun is a foundation that invests and empowers school-aged children, with an emphasis on girls to pursue an education in computer science.

Codam  – Inspired by School 42, Corinne Vigreux, TomTom’s co-founder founded Codam in Amsterdam, the Netherlands in 2018. Codam is a three and a half year coding programme that uses a peer-to-peer learning system instead of a traditional model. No prior experience is needed. Codam has a set gender equality goal of 50% of all students to be women currently and is giving higher visibility to female coders on their social media channels.

Codeworks  – Codeworks offers immersive courses to learn Software Engineering. The company was founded in Barcelona, Spain and now has campuses in London, Berlin and Toronto. Their 8-week and 12-week courses are focused on Software Engineering foundations, a professional understanding of the latest full-stack JavaScript technologies, and hands-on experience. In June 2020 Codeworks announced 50 scholarships totalling €70K to close the tech gender gap in partnership with GirlCode. P.S. EU-Startups readers get a special discount at this school – check it out here.

Cypher Coders – Founded in 2016, CypherCoders teaches children aged 5-12+ years old through hands-on creative camps and courses. Founder and CEO Elizabeth Tweedale started Cypher from the desire to encourage girls to develop technological skills and eventually pursue careers in this exciting industry. Specifically, she is interested in the interaction between both girls and boys, as a way to be creative and learn together, fostering long-term collaboration skills.

Code Institute – Code Institute is the world’s first credit-rated coding bootcamp, dedicated to producing career-ready developers through mentored online or classroom programme. Code Insititute was founded in 2014 in Dublin, Ireland. 40% of the school attendees are women, and the goal is to reach 50% in the near future.

Code First Girls – Code First Girls is a social enterprise that works with women and the companies who hire them. Code First Girls was founded in 2013 in London, the UK by Matt Clifford and Alice Bentinck, the co-founders of the talent investor Entrepreneur First. Over the past years, they have taught over 16000 women to code and delivered €11 million of free education.

HackYourFuture – HackYourFuture is a not-for-profit coding school for refugees and other people that have limited access to education and the labour market. The school offers a free 7-month programme. HackYourFuture was founded in 2016 in Amsterdam, the Netherlands and is currently active also in Canada, Belgium, and Denmark. Their curriculum is open-source and has been used by coding schools in Greece, Spain and the UK as well. In 2019 the school added a women’s coding course dedicated to women refugees.

Le Wagon – Le Wagon is a nine-week coding bootcamp that teaches students to develop web applications from scratch. Le Wagon was founded in Paris in 2013 and has received approximately €17m in funding. Today it has 39 campuses across 23 countries. Le Wagon has more than 40% of their teaching staff and other team members are women, many of whom are graduates themselves. The school organises women’s coding workshops every month.

Wild Code School – Founded in 2014 in France by Anna Stépanoff and Romain Coeur, the Wild Code School is a network of 19 schools in Europe. Dedicated to web development and data analysis training. The school has a blended teaching approach based on completing projects, working with an original online platform and personalized job coaching. In 2019, 30% of their students were women compared to 25% in 2018. They also offer scholarships for women.

“Don’t wait around for a mentor to find you”: Interview with the CEO of Code First Girls, Anna Brailsford

The 15 best coding schools and coding bootcamps in Europe

Learn to code and start a new career: Join Codeworks’ 3-month program and get a job in tech

Women in tech in 2019: The glass half empty version

Join Codeworks in sunny Barcelona, learn how to code and start your tech career in 3 months!

Join Codeworks in Barcelona, learn how to code and start an exciting new career in 3 months