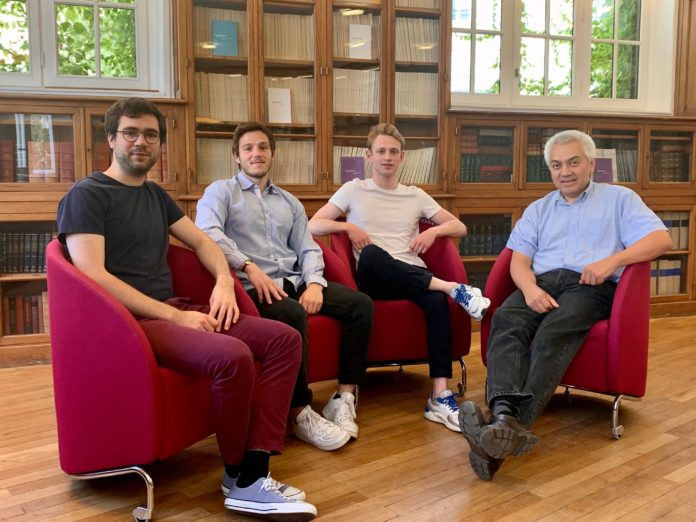 Today French startup SheeldMarket, which aims to become the standard for cryptocurrency block trading, has announced closing a €1 million round led by Draper Dragon and Axeleo Capital, followed by Kima Ventures, Acequia Capital and Charlie Songhurst. The seed capital will support the startup’s international development, as well as finalise its filings with French regulators.

SheeldMarket was started in 2019 by co-founders Oliver, Arnaud, and Simon when they began working as visiting scholars at UC Berkeley on a project to find a solution to information leakage in dark pools. Jacques, the creator and manager of Credit Suisse’s Crossfinder, one of the largest cash equity dark pools in the world, joined the team when they returned to Paris. Together, they created the Trusted Matching Environment: the only trading system that guarantees absolute privacy of trading data while offering the same speed, performance and ease of use as the best platforms in the industry.

Now, they are launching their first product: a one-stop-shop for cryptocurrency block trading, which provides access to on-exchange, off-exchange and dark pool liquidity using a single account. The project was accelerated at the Berkeley Blockchain Xcelerator, and is currently incubated in one of the top French deep tech programmes.

With a headcount of 7 and growing, the startup is already onboarding its first customers. Gilbert Szymkoviak, former Chief Data Officer at french investment bank CACIB and current board member at SheeldMarket, explains: “This project relies on next generation technology. I believe in its ability to change capital markets”.

“Crypto traders who trade in size need to do so efficiently and discreetly. That need is underserved today, and we believe that a dark venue like the one SheeldMarket is building can address it. The team behind SheeldMarket takes lessons from the prominent role dark pools play in the way equities are traded today and aims to adapt that playbook for crypto” says Robert Li, an investor at Draper Dragon.

This first capital raise will help the startup continue its international development efforts, as well as finalise its regulatory filings with the AMF (the French financial regulatory authority). The company is headquartered in Paris, “to benefit from the world-renowned talent pool of French engineers, quants and mathematicians” says CEO Oliver Yates. Nonetheless, the team has the ability to reach far across North America and Asia, thanks to the involvement of strategic players like cross-border VC Draper Dragon, and the founders’ own extensive network.

“We were immediately convinced by the team’s vision and their capacity to quickly position their technology in the crypto-currency market. Exchange structuration and regulation are key subjects and we are convinced SheeldMarket will become an essential piece of crypto market structure”, adds Mathieu Viallard, General Partner at Axeleo Capital.

5 upcoming blockchain trends you should expect by 2030