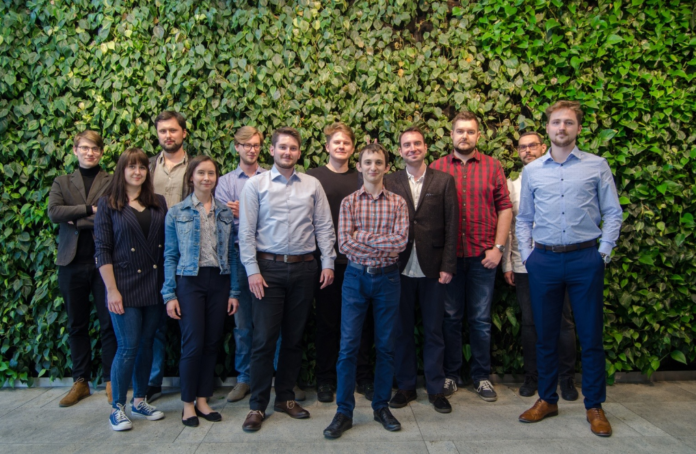 While competing with many promising startups from the US and Canada, the Polish startup GlucoActive won the pitch competition yesterday at this year’s Collision Conference, dubbed “Collision from Home” as it was entirely ran online. Founded in 2016, GlucoActive develops non-invasive laser devices for home, casual and fitness usage that measure glucose level.

Robert Stacherski, the founder and CEO of GlucoActive stated: “10 percent of the global population suffers from diabetes, while up to 20 percent of the population are undiagnosed, leading to 3.7 million deaths annually. In contrast to traditional glucose methods, which cause pain, we use completely non-invasive laser light, which penetrates the skin and reacts only and directly with the glucose molecules to determine the blood’s glucose level.”

The system is already in clinical trials and the startup, still in seed phase, already closed license deals that should get them on the road to profit in 2022.

The Polish startup conquered the jury’s preference in several rounds with the 300 participants. Some of the jury’s remarks stated the size of the potential market, the licensing achieved with multinational companies, the clear financial projections and the ability to achieve this stage of development with just a seed investment, a very rare combination, particular in medtech.

Not just since the recent pandemic we’ve seen medtech on the rise, but it is a bit surprising to see yet another glucose level measurement startup winning an international pitch competition after Nutrix already won at last year’s Web Summit. Better and extended life-span are certainly under investors’ radar and the recent pandemic may have just reinforced the market attention for innovative solutions. In case you’re interested in medtech, you may also want to read our recent piece on promising medtech startups in Europe.