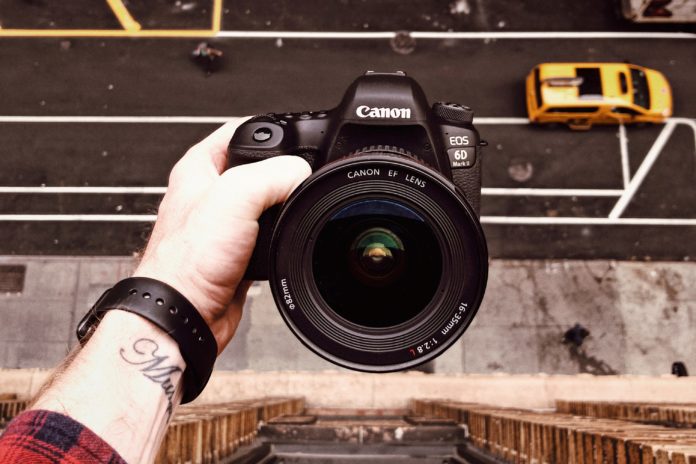 Whether you have a roster of favourites or just a handful you’ve followed for years, many of us have favourite Youtube channels we regularly tune into. From design to technology, Youtubers cover a wide range of topics to suit the most narrow of niches.

But Youtubers can be beneficial for more than just entertainment. They can also be powerful brand advocates – particularly for emerging startups. Having the right Youtube channel review your product or service can significantly boost brand awareness, website traffic, and even sales. With just one video, respected Youtubers with significant authority can sway the purchasing decisions of millions.

Intrigued? Here are 8 of our favourite most popular tech Youtubers in Europe that cover a wide variety of tech topics, using their channels to amplify innovation to audiences across the continent and beyond.

Supersaf TV – Otherwise known as Safwan Ahmedmia, Supersaf TV is one of the UK’s most established tech YouTube channels, specialising in the latest smartphones, cameras, and other new consumer tech. With a regular weekly upload schedule, viewers can expect unboxings, tests, first impressions and reviews, often pitting products against one another to help viewers make informed purchasing decisions. Ahmedmia’s authority is clear – in 2019, Supersaf TV hit an impressive one million followers, highlighting how trust can be built successfully with his slick reviews and recommendations.

CharliMarieTV – Web and graphic designer CharliMarie has been uploading since 2014, bringing her 9-5 to YouTube audiences through insightful, detailed videos focused on technology and design. To give you an idea, just a few of her playlists include “Building sites in Webflow,” “Designing with Sketch,” and “Designing a website – The full process!” Charli isn’t just about recommending and reviewing tech (although there’s plenty of that too), the Valencia-based Brit/Kiwi also publishes thoughtful content exploring personal development, design, and learning to code.

Eduardo Arcos – The founder of popular Spanish tech blog Hipertextual has since achieved even more success on YouTube, building an impressive following after just one year on the channel. Arcos uploads new videos weekly, and is particularly keen on technologies like Tesla – one of his most recent uploads breaks down the true cost of owning a Tesla model after one year.

Leo Duff – The French Youtuber has created regular reviews since 2012, and has since collaborated with brands like N26, Kaspersky, Rhinofield and more. Duff’s content is accessible, in-depth, and even comes with English subtitles, highlighting that an engaged audience is just as desirable as a large one.

Alexibexi – Boasting an impressive 1.4 million subscribers, German YouTuber Alexander Böhm has had plenty of time to build up his following. He’s been running his tech Youtube channel since 2008, producing two videos a week on anything from the best cameras for using TikTok to comprehensive reviews of the latest tech releases, like the MacBook Air 2020. Having built a solid profile in the tech space, Böhm released his first book on phone photography in 2019, demonstrating how far a successful Youtube career can take content creators.

Coding Blonde – Ex-Google employee Masha is the brains behind Coding Blonde, a hugely popular channel dedicated to sharing stories, skills, and advice for women with a passion for code. With 29k followers, she’s uploaded over 100 videos on subjects ranging from the history of women in software to interviews with other women in tech, as well as breakdowns on topics like blockchain, UX design and more. The Russian Youtuber has created a thriving community for women in tech through her Youtube channel, and she often encourages subscribers to contribute to the conversation in the comment sections of her videos.

Simone Giertz – Featured everywhere from viral threads to the Ellen Degeneres show, Swedish Youtuber Simone is an inventor, maker and robotics enthusiast, boasting 2.2m followers on her channel. Giertz’s uploads often feature her self-made inventions, from a soup-serving robot to a machine that blows your nose for you – more recently, she even turned her Tesla into a pickup truck! Whether you’re a clued up tech enthusiast or otherwise, you’re sure to find her videos highly accessible and entertaining – just ask her 2.2m current subscribers.

Mrwhosetheboss – Having racked up an impressive 4.3m subscribers, Mrwhosetheboss, AKA Arun Maini, has enjoyed huge popularity through regular posting of educational and detailed tech reviews. He uploads regular tech reviews, personal testimonials, and detailed advice on different camera brands, smartphones, gaming consoles and other gadgets. Since starting his channel back in 2011, Maini has since worked with an array of household names, including Nokia Mobile, Samsung and Huawei.

If your startup is looking to work with an influencer, on Youtube or another channel, we’ve put together a guide on how to create your first an influencer marketing campaign.

Floraidh Clement
Floraidh is a Scottish writer and social media manager, based in Berlin and working within its vibrant startup scene. Areas of interest include travel, fashion and eco tech. She’s particularly fascinated by the human side of entrepreneurship, and how startups are adapting to the rise of of conscious consumerism.
RELATED ARTICLES
Know-How