#EnvironmentDay: 10 of the most promising European startups saving the oceans 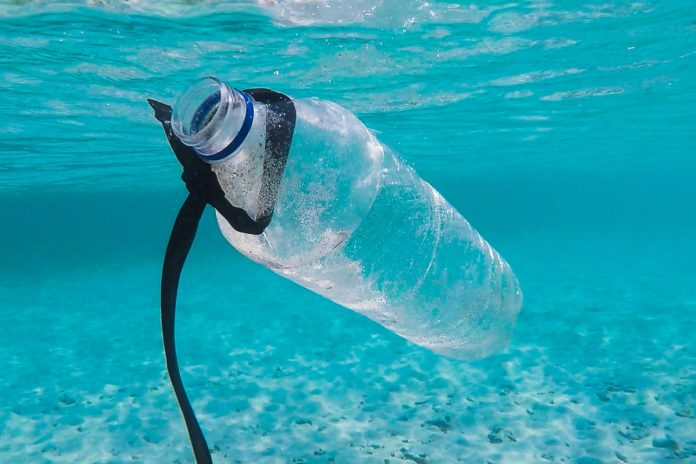 Plastic is thrown into the ocean at the rate of one full garbage truck every minute, and 50% of the air we breathe comes from the ocean. More than 70% of the world is covered by sea and it absorbs most of the CO2 in our atmosphere. Said like this it’s very impactful, and is why it’s time to act.

There are quite a lot of startups fighting for a better and more sustainable future, with donations, special programmes, and others directly with their products. Having conducted an analysis, including team growth, funding, partnerships and more, we have created a list of some of the most promising European-born startups that contribute to saving the ocean. These startups were all founded in the last few years and support the oceans with their products and services.

Ocean Cleanup – It’s probably the most known startup fighting to keep the oceans clean. This Rotterdam based non-profit organization was born in 2013 and they have one specific goal: collect 90% of the plastic that is tossed into the ocean by 2040. To complete their mission they have created a cleanup technology system that, like plastic in the ocean, moves with the currents.

Plastic Odyssey – Born in Marseilles in 2017, Plastic Odyssey’s mission is to develop low-tech and open-source solutions to make it possible to reuse plastic to create other useful objects. To spread the word, they’re going to sail the most polluted seas for three years in a boat powered by plastic garbage. Along this journey they’ll stop in many ports to build small transposable and adaptable recycling plants built specifically for every region and its needs. The startup is also partnered with major companies, like Clarins, L’Occitane en Provence and Matmut.

Searious Business – Founded in Eindhoven in 2016, this startup provides solutions to major brands that want to lower their plastic footprint, by creating a circular use of plastic. This approach is ideal for big brands that work with packaging, furniture and consumer electronics. What Searious Business does is rebuild each of their partner’s business models and shift it into a more sustainable one, turning them to be a ‘leader of change’ in their industry. Some of their partners include: Unilever, Jumbo, Heineken and National Geographic.

River cleaning – All rivers lead to seas or oceans, right? Various studies show that most of the waste that gets poured into the ocean actually comes from rivers. River Cleaning was born in 2018 in Italy’s northern region, Veneto, with the mission to prevent plastic waste from reaching the seas/oceans. After creating and testing different tools, they’ve found a solution that has an almost nonexistent environmental impact. The River Cleaning System, as it has been named, consists of a diagonal line of floating devices that move along the course of the river to intercept waste. During coronavirus, the team has expanded its team with 3 new hires, showing there is no stopping them.

Ocean Bottle – This London born and based startup wants to revolutionise two things: plastic recycling and the design of water bottles. Their journey started in 2018 when the Indiegogo campaign was launched. The attractive design of their water bottle welcomed backers from 88 different countries and with that the start of Ocean Bottle. With every sale, 11.4kg of plastic is collected in coastal communities where plastic pollution is a big problem. Join the battle against single-use plastic with a bottle that is not only beautiful, but that has a dual opening and can store any kind of liquid.

Sulapac – Born in Helsinki in 2016, Sulapac creates fully biodegradable and microplastic-free products, made of sustainably sourced wood and folders. They might not be directly saving oceans or the planet with machinery, but their vast variety of products, like straws and packaging for the cosmetic industry, definitely do. Their material is a lot like plastic in terms of malleability and usage, but it doesn’t impact the environment in a negative way. It’s the perfect product for companies that are environmentally conscious and also look for premium design and quality. Last year the startup raised €15 million to go international.

Ichthion – Born in London in 2017 and nowadays lives between Quito, Ecuador and Britain’s capital. It has developed an award-winning technology that is able to remove big volumes of plastic for rivers and oceans. This idea was born in London’s Imperial College with the goal to create a system that is energy-generative and can be installed in rivers, coastal areas and oceans. Last month they even won the global “Cutting River Plastic Waste” competition sponsored by the Benioff Ocean Initiative and Coca-Cola Foundation.

#tide – Switzerland doesn’t have any coastline but that doesn’t stop this Basel based startup from creating all kinds of products out of plastic trash collected from the oceans. Founded in 2018, #tide has teamed up with multiple organizations to collect and use plastic waste to create material that can be used to make sustainable products. The collected trash is processed in Switzerland and turned into a granular material that can be used for many kinds of products; from jackets, to furniture and even electronic devices. Just 2 days ago, they announced a collaboration with Oceanworks, and 1 month ago launched their subsidiary in Southeast Asia.

Notpla – Born in 2012 this British startup wants to revolutionize single use plastic. In fact, they want to replace all single use plastics for Notpla, a material made of seaweed and plants. The team is made up of designers, chemists, engineers and entrepreneurs that worked hard since 2012 to launch the first project last year, 2019. As it is made of seaweed and plants, Notpla is a very malleable product, perfect to store beverages, sauces and food in general. With these products they want to end with single use plastic and prevent millions of kilograms of plastic from polluting the earth, and the ocean.

ble Barrier – A big part of the waste that the society produces ends up in the water, damaging marine life, but also human life. Born in 2017, The Great Buble Barrier, has created a product that catches waste in the rivers or canals and prevents it from reaching the oceans. On top of that, it doesn’t hurt the fish, nor come between the passage of ships. This solution is a barrier of bubbles that is placed at the bottom of the river and diagonally to the current direction. Like this, when the waste reaches the barrier, it’s naturally taken to the surface and the current moves it to the riverside where it’s picked up and taken to a recycle facility.

These are just some of the many European startups that are fighting to save the oceans from plastic pollution and therefore contributing to make the earth a better place. It might take some years and it’s going to be a tough road, but if we don’t act now chances are that the future will be even more complicated.