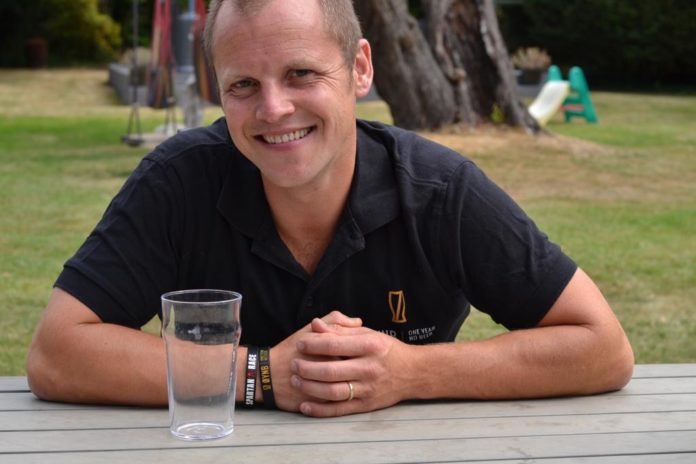 Online toolkit for surviving modern alcohol-free society, One Year No Beer, has smashed its €1.5 million funding round on Seedrs in just 1 day. Already attracting €1.2 million investment in the private stages of the round, One Year No Beer recently opened it campaign to the wider public. The funding will be used to further develop the technology infrastructure of the business, allowing them to scale their lifestyle support system of behavioural changes, through community and connection.

One Year No Beer was launched as a free service in 2015, by founder Ruari Fairbairns, who decided to take a break from alcohol following enormous social, peer and corporate pressures. After realising the effects were life-changing, he decided to help others improve their relationship with alcohol.

Since UK lockdown measures were implemented in March, the Edinburgh-based startup has witnessed a 30% increase in signups, signaling a clear demand for increased support. These figures are reinforced by a recent YouGov survey that revealed that nearly three-quarters of UK drinkers were drinking the same (45%) or more (29%) during lockdown, leaving only 25% drinking less. Further to this, 18% believed they would emerge from lockdown drinking more than they did pre-lockdown.

Now, One Year No Beer’s community is set to grow even further as they invite investors to join them on their mission of change. This follows a successful €3.3 million raise to date, which saw Mark Cowan (ex-Director at Facebook), Joe De Sena (CEO and founder of Spartan and Death Race), and Alain Renaud, (previously global head of mergers and acquisitions at HSBC), join the round.

Ruari Fairbairns, Founder at One Year No Beer says: “We’re delighted to launch this latest funding round and welcome our customers and supporters onboard as we continue our mission in helping the nation change their relationship with alcohol, as well as other positive behaviour change, through the power of online community and connection.”

With over 70,000 members across 90 countries, One Year No Beer’s huge online community supports positive lifestyle changes. The mission is not to eliminate alcohol entirely, but to address negative habits and build new ones through various behavioural science and positive psychology programmes. The company has also recently joined forces with Weight Watchers, to allow users free access to their ‘28 Day Challenge’, promoting both the physical and mental benefits of reducing alcohol consumption.

Fairbairns continues, “Our attitude has always been to be completely different and positive in an industry which is traditionally stigmatised, so we have a very unique angle. We are now the leader in preventative behaviour change, and our plan is now to diversify into lots of other behaviour change models, not just alcohol.”