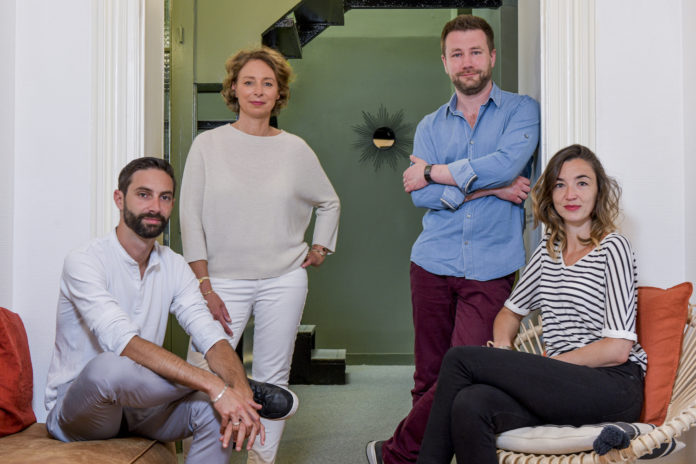 French startup api.video is today announcing it has raised around €4.8 million in seed funding, led by early-stage experts at Blossom Capital.

Founded in 2017 by Cédric Montet  (former founder and CEO of Libcast’s live streaming and on-demand SaaS video platform), api.video sits at the cross-section of two of today’s most fast-growing and promising sectors: APIs and video consumption. Many companies have held back from using video on their websites due to the complexity, but api.video now enables it with only a few lines of code.

Between 2013 and 2018, the amount of time people spent watching online video rose by a third. Yet, in a little over a year, such consumption has jumped by a further 20% with advertising spend alone forecasted to reach around €53 billion by 2021. This has been fuelled largely by the fact anyone with a phone can now be a director and audiences expect to engage with video on a daily basis.

Similarly, APIs represent the next big wave in software development. Just as SaaS has helped businesses take advantage of cutting-edge features without having to maintain local systems, cloud APIs and the PaaS market take this industry-changing concept a step further.

“With consumer demand for high-quality video soaring, it’s driving the industry to become fragmented,” said Blossom Capital founder Ophelia Brown. “If brands or businesses want to offer video or streaming services, they’re left with either paying over the odds to build a bespoke platform from scratch or relying on multiple software programmes, each one designed to offer different features while being completely independent of one another. This doesn’t benefit anyone.

“api.video strips out all of the background noise to offer a service that is simple to implement – using just a few lines of code – will work across all of a company’s platforms and screens, that blends the best of bespoke software with online tools. It’s an incredibly exciting and fast-growing industry and we’re thrilled to be working with Cédric and his team on unlocking its potential.”

The funding, which also saw participation from Kima Ventures, will be used to grow the api.video team internationally and penetrate new markets. The company is also looking to hire the best talents to achieve its tech goals of ultra-low latency streaming.

Paris-based Cala secured €5.5 million to expand its fully autonomous restaurant chain in France and beyond