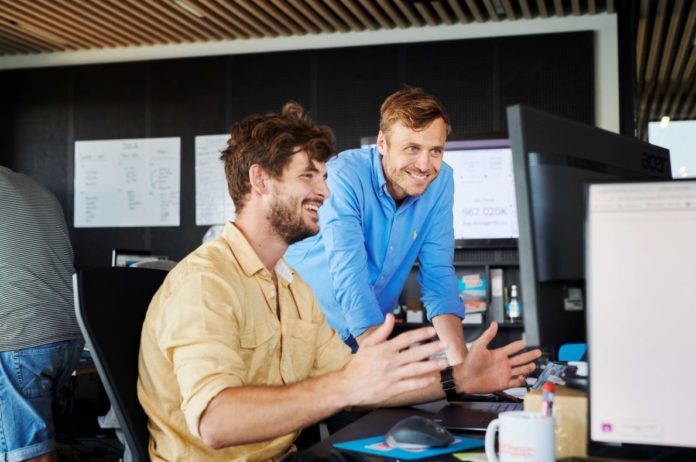 Copenhagen-based LuggageHero, a leading luggage-storage network, is bucking the trend by showing that investing in travel startups is not over during these uncertain times of the COVID-19 pandemic. Their crowd-sourced campaign on the Seedrs platform closed Friday, May 15, at over €408K, overfunded by 24%.

LuggageHero, founded in 2017, gives travellers a way to explore a city without carrying their luggage around with them. The idea for the startup came when founder Jannik was travelling himself in Barcelona, and was having trouble finding a place to store his bag. Since then, Jannik has grown LuggageHero into an easy, cheap and safe luggage storage service via partnerships with local retail stores and hotels. They now have luggage drop offs in 40 major cities in North America and Europe, and have a team spread over Copenhagen, London and New York.

Within 48 hours of opening its campaign privately to current investors, the Danish-based startup had reached its goal by raising €329K. More than 25% of the 652 investors in the current round were returning beneficial owners from LuggageHero’s first Seedrs campaign, in 2019. Also participating again in this campaign is the venture capital investor Nordic Eye. LuggageHero has remained one of the most popular available investments on Seedrs during its campaign and debuted as the week’s biggest mover by percentage raised and number of new investors.

Beyond its crowdfunding success, LuggageHero thinks hitting their target speaks positively of the continued interest in travel, despite the recent blow suffered by the industry at the hands of coronavirus. “Not only will this investment allow us to continue to grow, we think it speaks volumes in terms of optimism,” said Jannik Lawaetz, CEO and co-founder. “I’ll be the first to admit that initially I wasn’t sure how it would go. Like most travel-related companies, our business is at a near standstill. But as soon as I started putting out feelers, people reacted very positively.”

“While we take the current health and economic situation extremely seriously, we also are optimistic that not only will travel return, there will be a pent-up demand for it,” Lawaetz went on. “We are poised to capture that, even more so now with this new funding round.”

Lawaetz sees several reasons for the enthusiastic responses, reactions he believes will show up in other sectors of the travel industry later this year: “First, people want to feel they can believe in something, invest in something during these trying times, especially something hopeful, like travel,” he said. “We firmly believe that travel will be back, and clearly so do our shareholders.”

During this slow period, LuggageHero has been able to keep its momentum going by focusing on the future. (It also is grateful to be based in Denmark, a country that quickly subsidized small business owners.)

Last year, LuggageHero raised €1.5 million from its first Seedrs campaign. It used that funding to expand into 36 more cities in North America and Europe. It also acquired American competitor Knock City last year, extended its reach there. The purpose of this new funding round is to continue its geographic expansion and develop related new services.

The on-demand storage service has more than 1,000 storage locations in existing businesses, including shops, cafes and hotels. Since it started in 2016, it has stored luggage for more than 2.2 million hours.

Share
Facebook
Twitter
WhatsApp
Linkedin
Previous article
The EU-Startups Job Board is back for good – Post your jobs now for free until the end of August!
Next article
“People feel positive about a return to travel”: Interview with LuggageHero’s CEO Jannik Lawaetz