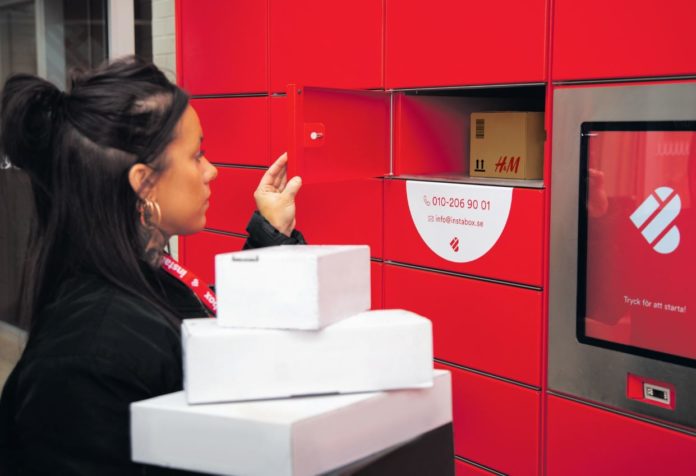 Today the Swedish logistics tech company Instabox announces that the company is expanding its smart parcel lockers to two new markets within the Nordic region. After a successful financing round earlier in April of €36 million, Instabox plans to make their same-day delivery service available by placing hundreds of new smart parcel lockers across the neighbouring countries, Denmark and Norway, this year.

Alexis Priftis, CEO and co-founder of Instabox comments on the expansion: “The Danish and Norwegian market is a great fit for our smart parcel lockers, and I’m excited to start our operations across more countries in the Nordic region. We are expanding our business rapidly with the new equity from our financing round earlier in April, and I’m pleased that we can deliver on our plans for market expansion after just a few weeks”.

The Instabox service for smart parcel pick-ups is growing rapidly. Since its start in 2015, the company has more than tripled its revenue every year, and earlier this year Instabox announced that the company had shifted to fossil-free fuel and launched a partnership with global clothing giant H&M. During 2020 the company now plans to make its service available to millions of Danish and Norwegian e-shoppers.

Alexis Priftis, CEO and co-founder of Instabox continues: “Online shopping has never been easier with our hassle-free same-day, seven-days-a-week delivery service – making it even smoother to pick up and return parcels without ever having to stand in line. Especially now, when consumers more than before are demanding smart, sustainable, and safe parcel pick-ups with minimum human interaction. We already have over 50 Swedish e-tail partners, and many of our partners with operations in Denmark and Norway are now ready to offer our smart delivery service to their customers in those markets as well”.

Instabox is launching its first parcel locker in Denmark today, making the service available to Danish e-shoppers from the month of May onwards. The plan is to expand the network, by placing a couple of hundred parcel lockers across Denmark and reaching 2.5 million Danes or almost half of the population during 2020. During the last few months, Instabox has beta tested its service in Norway with great results. The company now plans to put up a couple of hundred new smart parcel lockers, reaching 2 million Norwegians by the end of 2020.

Alexis Priftis, co-founder, explains: “In Sweden, we will put out up to 3000 lockers, making our service more accessible than the regular post office, this is a reasonable ambition also for other markets. I´m eager to make our uncomplicated service available at a large scale to Danish and Norwegian shoppers”.