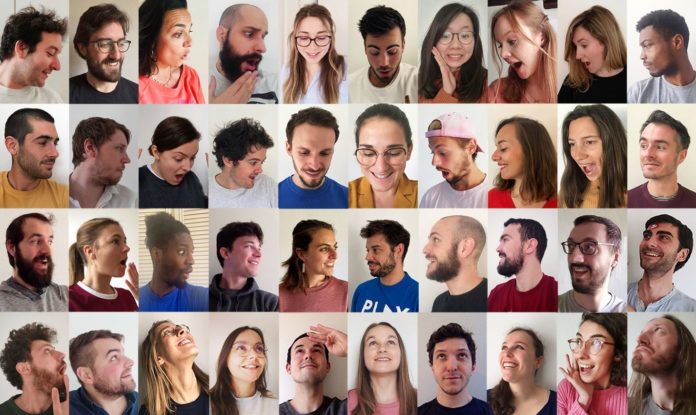 The company was set up in 2017 by Thibaut Machet (former Eurosport social media director), and Aurélien Dayres and Clément Moracin (former Eurosport colleagues) to democratise video creation, and enable people and brands without any filming or editing skills to harness the power of video to inform and entertain their audiences.

A recent report found that mobile video consumption rises by 100% every year and by 2022, traffic to online videos will have risen 15 times higher than in 2017. Social media posts with video have, on average, 48% more views and are shared a staggering 1,200% more than text and image content combined.

There is a disconnect, however, between these figures and people with the necessary editing skills. Particularly in-house, where companies need everyday videos, reactive content summaries and social clips to be produced quicker, and cheaper, than when done via a third-party design agency or similar. There are a limited number of free online tools that offer video building technology, but they lack high-quality creative features and interfaces, making them unsuitable for making professional videos. This is where PlayPlay comes in.

PlayPlay’s motion design technology and templates allow users to build videos from scratch, either with their own footage or by using PlayPlay’s library of stock photos and videos. Clips can be easily trimmed and moved via intuitive on-screen tools (there are no timelines or complicated edits to master) and animated text can be added to frames at the press of a button. PlayPlay videos can additionally be branded using a company’s colours, fonts and logos, and formatted specifically for different platforms.

“Having seen, first-hand, the power video has for keeping people informed, entertained and educated, we have created the kind of platform we dreamed about as comms professionals,”  said Thibaut Machet, CEO and co-founder of PlayPlay. “Every step of the PlayPlay process combines our two fundamental company principles – the software must be easy to use and the results must be of the highest-quality. Not every team has the budget, or the need, to use big design agencies when it comes to video creation. And with free or cheaply made editors, you’re typically forced to sacrifice quality for ease-of-use, or vice versa. PlayPlay hits the sweet spot. The beauty of the videos our customers produce is that they all look so bespoke and professional, you’d have no idea they were created on such a simple platform.”

Rob Moffat, Partner, Balderton Capital said, “We believe PlayPlay can redefine how companies communicate, blending the emotion of video; the ease of creation of Powerpoint and the quality of a professional agency.  We have been following PlayPlay closely since their seed round and while we ended up closing remotely Thibaut had already met most of our partners 1:1.  We are particularly impressed by the quality of team they have put together and the adoption by enterprises and SMEs alike.”

PlayPlay currently has more than 300 customers in 14 countries who produce 40,000 playplays each month. A rolling monthly subscription starts at €200 for small businesses. Enterprise users interested in harnessing the power of PlayPlay’s platform can contact the team to find out more. PlayPlay’s existing enterprise customers include AXA, EY, Heineken, and Crédit Agricole. “The vast majority of our social media content is now made with PlayPlay,” said Alexis Bernard, Head of Social Media at Crédit Agricole.

PlayPlay plans to use its Series A investment to hire new talent to expand its world-class teams of engineers and creative developers, and further develop its intuitive platform. PlayPlay is also looking to expand and push further into new markets including the US.

The PlayPlay team has also recently extended its free trial period from seven days to 30 days in order to help brands and organisations get vital messages out to audiences in the wake of coronavirus.