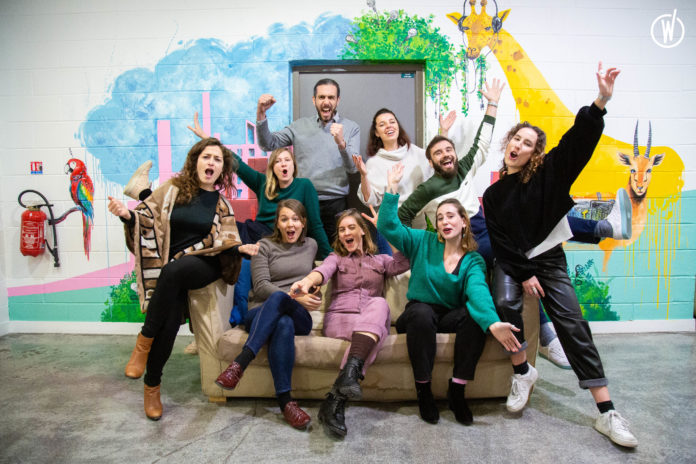 French startup Gifts for Change has raised €1 million to expand its platform, which allows companies and organisations to get involved in environmental and societal causes. The fresh funds come from INCO Investissement and Aviva Impact Investing France, as well as its existing business angels.

Founded in 2014, the Paris-based startup has a unique value proposition for companies and organisations to increase their positive impact. Via its online platform and creative agency called Engagement Par l’Objet, Gifts for Change designs and distributes ecologically and socially responsible items, all made in France, to its customers. The organisations taking part can then help to sell and communicate the message of these items, donating part of the price to the good causes. The items distributed by Gifts for Change are 99% eco-designed 80% made in France, and  40% made by people with disabilities.

So far the startup has 12 employees and already serves major customers like FNAC and WWF. They have already made it possible to contribute €400K to the associated good causes, and in 2019 distributed 540K items in more than 300 operations across 1000 outlets. In addition, in total, Gifts for Change donated 13% of its turnover to its partner associations. In 2019 its activity increased by 65%, showing its potential for growth, aiming to pay  €1 million to its associated good cause partners by 2025.

Alexis Krycève, CEO of Gifts for Change, commented: “The initial challenge of Gifts for Change is to use communication for the purpose of engagement with societal and ecological causes. It is of immense pride for me to see the evolution of this project which started in 2014, all the more so in such an uncertain context, and to be able to raise these funds, which will help us strengthen our teams and production capacity in France, as well as the digitalization of our offer.”

The funds raised will enable the company to invest in strengthening its teams, its processes and tools, its production capacity, in diversifying its offer but also in the digitalization of its business. In the face of new challenges during this time of crisis, Gifts for Change also wants to enable companies to facilitate their engagement for major causes, already going through a branding re-haul, re-organisation of the website for transparency, reducing the price of its products and facilitating mass delivery.