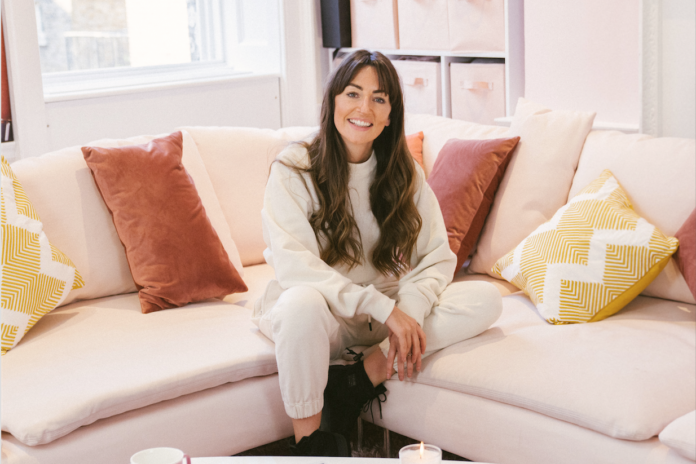 London-based femtech startup Peanut today announces closing an €11 million Series A funding round, led by the EQT Ventures fund. The startup will use the fresh funds to push its femtech app to the next level and become the leading social network for women globally. Having recently included Peanut in our list of 10 promising femtech startups to watch in 2020, they are certainly living up to expectations.

Peanut was launched in 2017 by Michelle Kennedy, who previously served as the Deputy CEO at multi-billion dollar dating app Badoo, and was integral to the launch of dating app Bumble. Peanut grew first as a femtech app for mothers to chat to, meet up with, and learn from like-minded women that happen to live in their neighborhood. Featured in Apple’s ‘Best Apps of 2017’ list, and having raised a total of €20.1 million, the startup has now moved on to bigger ambitions.

Late last year, Peanut successfully launched Peanut TTC (Trying to Conceive) and has become a vital tool and voice for women facing fertility challenges. Women engaging in fertility discussions interact 7x more across the app, demonstrating the need for this community. Peanut now plans to launch new communities beyond fertility and motherhood, including a first-of-its-kind space for women living with menopause. By 2025, there will be over one billion women experiencing menopause in the world and it’s currently an untapped market.

Additionally, this month, Peanut launched ‘Mute Keywords’, a feature allowing users to remove certain discussions from their feeds and notifications. For example, if a user wants to see less content around COVID-19, they can mute this keyword. Similarly, if someone is going through fertility challenges, they can mute conversations around ‘pregnancy’ that may be emotionally triggering. This highlights the work Peanut is doing to ensure that each woman has a personalised experience, including safeguards for those dealing with stress, anxiety and other mental health issues.

The British startup’s new funding round, which was led by the EQT Ventures fund and also participated in by Index Ventures and Female Founders Fund, also means that Naza Metghalchi from EQT Ventures will join Peanut’s majority-female board, alongside Hannah Seal from existing investor Index Ventures.

The new cash injection will be used to expand Peanut’s product offering to women at different life stages and accelerate building the product and engineering teams globally. Lyle Fong, Partner at EQT Ventures, will use his expertise in community-focused products to aid Peanut’s next stage of growth, establishing Peanut as the leading social network for women.

“We’re thrilled to welcome EQT Ventures, Naza Metghalchi and Lyle Fong to our existing roster of backers. Lyle’s unprecedented experience of building and scaling community-focused products will be vital as we undertake our next stage of growth in raising the bar in terms of product excellence as we enter new communities beyond fertility and motherhood” comments Peanut’s CEO, Michelle Kennedy.

“Peanut’s user engagement metrics are a testament to the app’s ability to act as a true emotional companion throughout women’s journeys,” said Naza Metghalchi, venture lead and investment advisor at EQT Ventures. “The EQT Ventures team is excited to partner with Michelle and continue to grow Peanut into a platform that serves all women at different life milestones, exploring topics beyond fertility and motherhood which have already seen such huge traction.“

Since the outbreak of COVID-19, engagement across Peanut is up 30% and there has been a 40% increase in content consumption. This puts Peanut in a unique position to provide a safe and supportive environment for women during this unprecedented time. The community has grown from 1 million users in December 2019 to 1.6 million in April 2020, proving that Peanut has become the online destination for women at similar life stages to build friendships, find support and learn from one another.