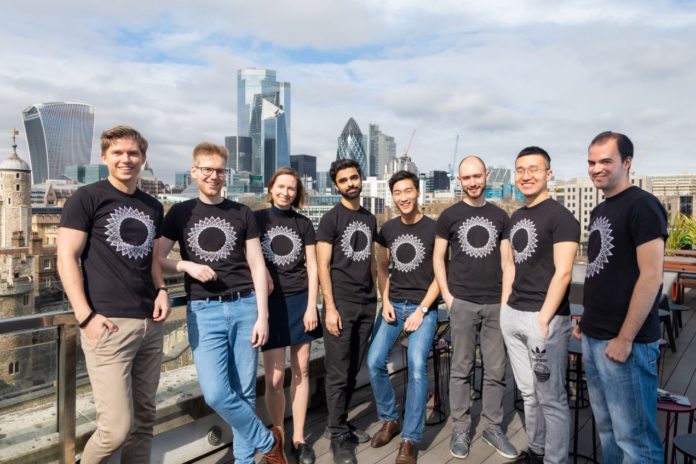 Today Deep Render, London’s pioneering machine learning startup, has raised €1.8 million in a round led by Pentech, and with participation from Speedinvest, to fund further development of its revolutionary image compression technology.

Instead of building on the current, decades-old software, Deep Render’s proprietary tech has reinvented the entire process, from scratch, in order to mimic the neural processes of the human eye. This reduces the file size of images by 10x compared to the best industry standards, while maintaining the same level of visual quality.

Having spun out of Imperial College London’s leading robotics lab in 2017, Deep Render’s founders Arsalan Zafar and Chri Besenbruch believe their technology has the power to transform how everyday people consume data, as well as revolutionise entire industries and organisations across every sector.

To solve this, Deep Render has built a new domain called Biological Compression technology, which uses a proprietary non-linear context-aware algorithm. This algorithm pays special attention to the content of the image, which the human eye cares about the most, allowing for more visually pleasing images.

“As humans, our eyes have evolved to care about certain colours and properties of the natural world. It helped us survive as hunters and gathers. We are more sensitive to the colour green as it represents fertile areas with food and water; we notice the slightest of movements in still scenes, as this helps us flee from sneaking predators. Accounting for these evolutionary instincts improves visual quality but teaching a machine to do so has been incredibly complex until now. Our technological breakthrough represents the foundation for a new class of compression methods,” explained co-founder Arsalan Zafar.

The most apparent beneficiaries of this breakthrough are content platforms and their consumers, such as Netflix, Facebook, Google, Instagram, Amazon, Baidu, Tencent and more. Other beneficiaries include technologies/businesses involved in VR-streaming, AR-streaming, cloud-gaming, holograms, medical imaging, emerging-market video streaming and others. More niche use-cases include satellite imaging, the CCTV market, remote drone-flying, and national defence forces.

“Image compression is at the heart of almost everything we do online, at home and in business, yet we’re stuck using ill-equipped and antiquated algorithms that won’t, and can’t, meet future needs,” said Eddie Anderson, founding partner at Pentech.

“We’re delighted to announce our partnership with Arsalan, Chri and their super-talented team as they solve one of the most pressing problems when it comes to the storage, use and sharing of visual data,” said Marcel van der Heijden, partner at SpeedInvest.

Deep Render plans to use its funding to further develop its product and to hire new talent.