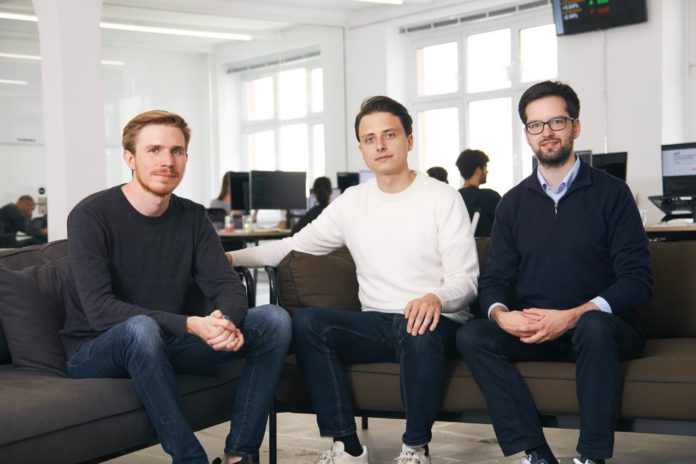 Today German mobile investing pioneer Trade Republic has announced raising a €62 million Series B round led by Accel and Founders Fund, to further the development of a European platform for mobile saving, investing, and trading. One of the largest Series B rounds for a European FinTech, it comes only nine months after Trade Republic’s Series A round. In Accel and Founders Fund, Trade Republic gains two of the world’s most renowned technology investors, as it opens up investing in the capital markets for more people across Europe.

Berlin-based Trade Republic was founded in 2015 by Christian Hecker, Thomas Pischke, and Marco Cancellieri. It allows everyone to invest in stocks, ETFs, and derivatives – mobile and commission-free. Since its launch in May 2019, more than 150,000 customers have opened a Trade Republic account, making it Europe’s leading Neo Broker. Trade Republic is licenced in Germany, supervised by the Bundesbank and BaFin and counts HSBC, BlackRock, and solarisBank as partners.

“We empower everyone to take their financial investments into their own hands,” says Christian Hecker, Co-Founder of Trade Republic. “About 85% of assets of European households are in bank accounts with mostly zero or negative interest rates. Our app enables people to invest their money safely, quickly, and transparently. By doing so, we are democratizing access to capital markets. With the intuitive Trade Republic app, everyone can save, invest and trade easily and commission-free.”

Consumer trust in the app is reflected in the amount of capital customers have already invested through it: Almost one billion euros are now managed through Trade Republic. “Nearly one-third of our customers buy their very first stock with Trade Republic. This demonstrates how we are empowering people, whose needs haven’t been met by traditional banks, to put their money in the capital markets for the first time,” Christian Hecker continues.

Global venture firm Accel has previously invested in tech giants such as Facebook, Slack, and Spotify, which have transformed their industries. “Trade Republic’s team impressed us with its vision, beautiful product, strong traction, and clear potential to become the European leader for mobile smart investing. We are particularly excited about the strong focus on long-term savings and better access to the capital markets, which Trade Republic makes easier and more affordable,” says Luca Bocchio, Partner at Accel.

Founders Fund, which is backed by Peter Thiel and has already invested in companies such as Palantir, AirBnB, and SpaceX, is making its largest investment in recent years in Germany with its Series B investment in Trade Republic. “Trade Republic’s rapid growth in Germany testifies to the superiority of its technology platform over legacy offerings. The company is poised to become a major player in European finance,” says Peter Thiel, Partner at Founders Fund.

The investment will be used to further support the company’s dynamic growth. Following the successful launch of its waiting list in Austria, the company plans to open up trading there in the next couple of months and then expand across Europe in the coming years. Based on its proprietary technology platform, Trade Republic also intends to launch new products to enable even more people to build up their assets easily and commission-free. These developments will be supported by the rapidly growing Trade Republic team, which will soon number 100 employees.