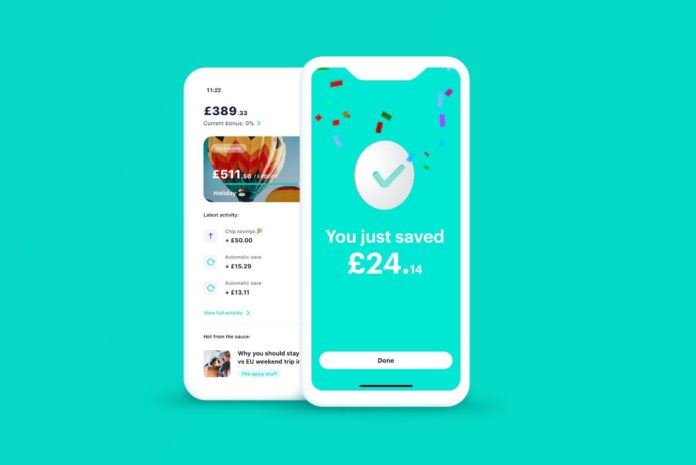 Today London-based Chip, the clever app that automatically saves up money for you, shares its growth opportunity with its investor community as 4,240 people invest around €2.9 million to fuel the firm’s progress. Working with Crowdcube, the private round exceeded its €1.1 million target within hours, making it the largest equity crowdfund to be completed in the UK since the lockdown started.

The funds will be used to further accelerate Chip’s growth, including the launch of an FSCS protected savings account through a partner bank with one of the highest savings rates on the market, as well as to deliver new features to accommodate the changing behaviours of their savers since the beginning of the pandemic. Chip’s user base has increased over 40% in the first three months of 2020, with the average amount put aside by savers each month increasing by 13%. The ‘safety net fund’ has knocked ‘holiday’ off the top spot as the most popular goal set by  savers since the outbreak started. Similarly, people are tapping into funds originally set aside for holidays, festivals and weddings and spending the money on supporting small businesses, purchasing homeschooling supplies and laptops for kids and DIY endeavours.

Chip, founded in 2016, is a clever app that automatically puts money aside for you, so you can save up for your goals without thinking about it. The free app, available on iOS and Android, uses AI to decide what to save, sends you a notification saying how much money you’re about to put aside (with an option to cancel), and then automatically transfers it into your Chip account. The team is currently headquartered in London and has grown its team to 200+ people.

Simon Rabin, CEO and founder of Chip, said: “We’ve seen unprecedented growth during these difficult times, which demonstrates that Chip is incredibly useful for putting money aside for safety net and emergency funds. Off the back of this growth, we wanted to share the opportunity with our investor community, and have been overwhelmed by their response.”

“Following on from the FCA authorisation, our next big milestone will be the launch of an FSCS protected savings account, giving our users an even more efficient tool to save up for their goals – whatever they might be.”

Chip has over 10,000 shareholders from previous funding rounds with Crowdcube and has over 250,000 downloads. In March they received full FCA authorisation which enables them to launch FSCS interest bearing accounts and roll out ChipX to their entire user base.

Luke Lang, co-founder of Crowdcube, commented: “The raise with Chip shows that, despite the bigger economic turmoil, there is still an appetite from communities and everyday investors to support startup and scaleup businesses. Investors see that Chip is a service that helps people manage their money and save and they want to give support to that movement. Chip’s growth is over and above the fintech app’s greater market growth which has seen average weekly app downloads jump 20% between the end of last year and the first three months of this year.”